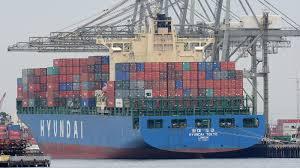 Presidential candidates, particularly Donald Trump and Bernie Sanders, have started this myth among Americans that their economic hardships are due to trade pacts like NAFTA and recently negotiated with 11 countries, not yet implemented, Trans-Pacific Partnership (TPP). TPP would reduce tariffs and other trade barriers within the block that controls 40 percent of world trade. This rhetoric against trade and trade pacts sounds as if these candidates are adopting a more protectionist posture.

US exports during 2000-2015 grew at the average rate of 5 percent per year, more than the average import growth rate of 4 percent per year. In 2015 the US exports of goods and services were $2.2 trillion and imports were $2.7 trillion, creating a trade imbalance of $0.5 trillion. However, this trade deficit is only 3 percent of our GDP, hardly the sign of economic distress portrayed by these presidential candidates.

In regard to international trade accounts, these candidates, especially businessman Donald Trump, should know that there are two major flows in the balance of payments that matter to a country. Trade account lists trade in goods and services, and capital account lists financial flows. If there is a deficit in trade account, it is balanced by surplus in capital account (financial flows). According to the report, "Why do Foreigners Invest in the United States", The National Bureau of Economic Research, April 2008, "Foreigners invest an average of over $5 billion in the United States every day...", a significant share of the GDP. The US is one of the top investment destinations in the world. Investment provides capital, creates employment, and increases productivity and wages of labor. Growth in export sector also benefits import-competing industries and intermediate goods industries in the supply chain.

A White House report in October 2013 states that in 2011 US affiliates of foreign countries employed 5.9 million people in the private sector, about 4.1 percent of total employment. Kevin Zhang's research in Contemporary Economic Policy, October 2010, shows for a cross-section of 87 countries/regions that foreign direct investment and trade promotes industrial competition. Creating fear of trade and trade pacts diverts attention from areas of policy that demand more attention to create more jobs in the future. More attention should be paid to emerging skill-biased technologies, causing job losses for certain skills, especially in the manufacturing sector.

Research by MIT Professor David Autor for The Hamilton Project, April 2010, shows that skill-biased technical change is the major source of job polarization. It is increasingly replacing and off-shoring middle-skill labor performing routine tasks. The well-defined routine tasks can be performed either by computer programs and/or low skill labor with minimal guidance. However, demand for non-routine jobs that require high-level skills, abstract thinking and creativity have been increasing. Low skill level service jobs are also rising in the US.

It makes more sense for presidential candidates to come up with a comprehensive plan to meet the challenges posed by new technologies rather than blaming foreign low wage countries for selling goods and services in the US at lower prices. As long as these countries' markets are open, they do not engage in unfair trade practices and manipulation of exchange rates, American businesses and labor have to learn to compete in the world market. Unfair trade practices and exchange rate manipulation require actions within the framework of the rules of World Trade Organization (WTO) and International Monetary Fund (IMF), not protectionist policies. In a free trade environment, US business and labor have to implement cooperative strategies to meet competitive trade and technological challenges. Increasing business profits at the cost of reduction in wage share is a losing proposition in the long run for both parties and the nation.

Policy makers in cooperation with businesses and labor have to implement education and training programs on a macro scale on an ongoing basis to generate skilled manpower that complements emerging technologies. Protectionism will lead to a downward spiral of economic activity in the US and in the rest of the world, because it will be an excuse for other countries to engage in protectionist policies, thereby shrinking trade and growth in all economies. As Paul Krugman notes in his book Pop Internationalism (1996) "...international trade, unlike competition among businesses for a limited market, is not a zero sum game..."

I hope our presidential candidates are aware of the lesson of the Great Depression when President Hoover signed the protectionist Smoot-Hawley Tariff Act in 1930. By 1932, sixty countries retaliated by increasing their tariffs. That led to the collapse of world trade and deepening of worldwide depression.

CORRECTION: An earlier version of this post incorrectly dated the study "Why do Foreigners Invest in the United States?".