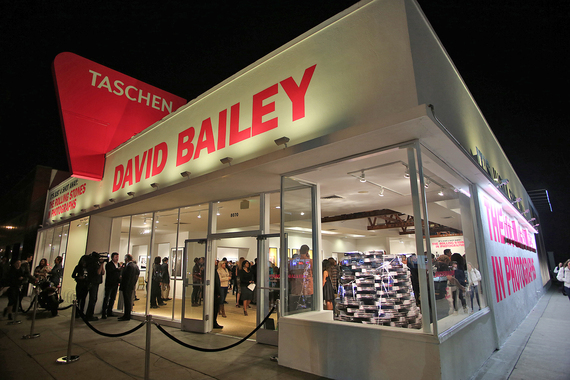 'Twas the night before the grand opening of Taschen's expansive commercial gallery space in Los Angeles, and Jack Nicholson's Lakers beat my Spurs in overtime in San Antonio. Since Nicholson is a notorious Laker courtside attraction, imagine the irony of spending the afternoon before Taschen's opening, screening two extremely obscure Nicholson films, The Shooting and Ride In The Whirlwind, both directed by Monte Hellman. So here I am, photojournalist of LA's art scene, getting a weekend dose of Nicholson, only to see him greet Taschen's celebrated photographer, David Bailey, at the opening like two lost friends after the war. 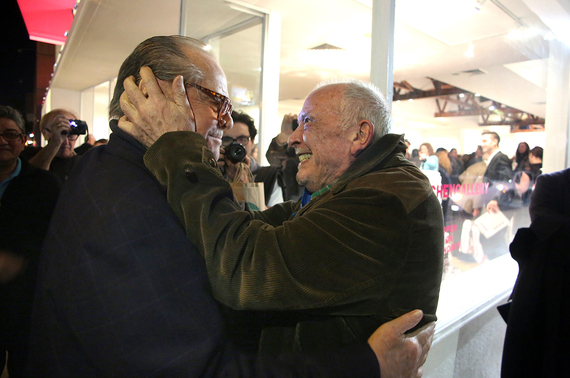 Jack Nicholson and David Bailey greet each other outside the gallery. Photo by EMS. 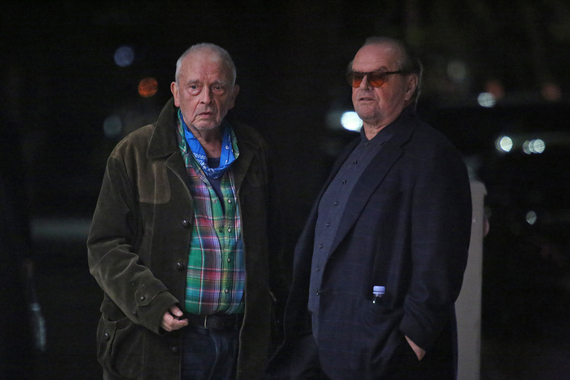 Bailey and Nicholson share a private moment down the street. Photo by EMS.

Located at the corner of Beverly and Crescent Heights in Los Angeles, near West Hollywood, Nicholson and Bailey, a legendary English fashion and portrait photographer, posed for pros and smartphones, then walked down a block together on the Crescent Heights side of the gallery for a stroll and a smoke, catching up and reminiscing, it seemed. Their camaraderie looked like a scene out of The Departed or Killing Of A Chinese Bookie, at least through my lens. 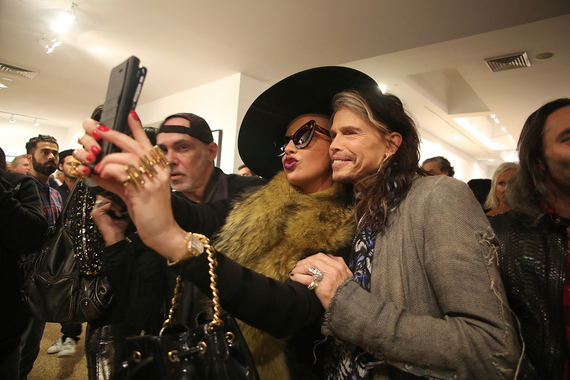 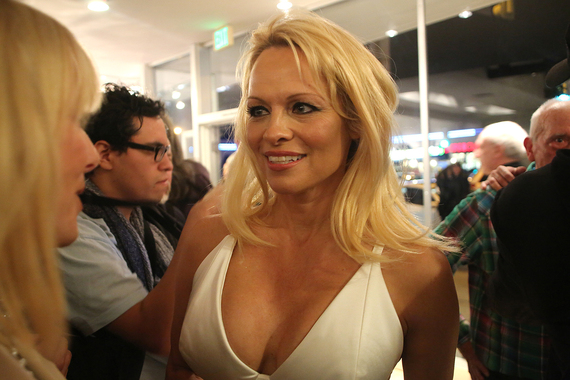 Inside the gallery, collectors, painters, and moochers saw photographs curated by Reuel Golden. The exhibit traces the remarkable history of the world's greatest and most photogenic rock 'n' roll band with its accompanying show, "IT'S JUST A SHOT AWAY: THE ROLLING STONES IN PHOTOGRAPHS." Available for sale, the prints include the work of such masters as David Bailey, Peter Beard, Anton Corbijn, Gered Mankowitz, Terry Richardson, Dominque Tarlé, and Albert Watson. The exhibition is timed with the release of the Collector's Edition book, The Rolling Stones edited by Golden. 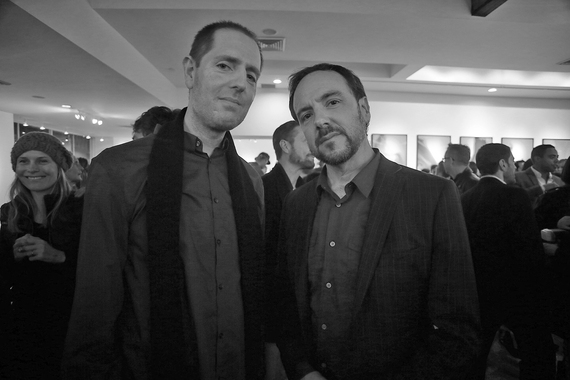 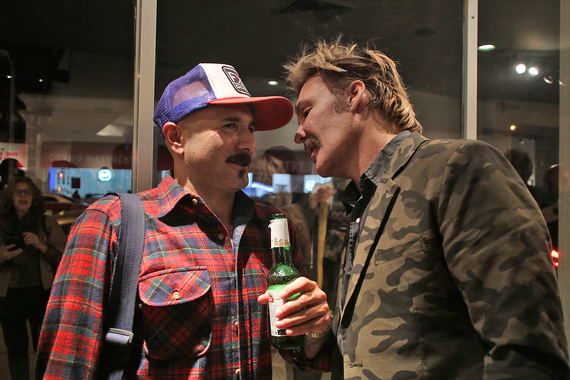 Following "It's Just a Shot Away," the Taschen gallery will exhibit shows based around its eclectic publishing program, which covers art, architecture, pop culture, social history, and sex.

Just in time for the holidays, Taschen presented its historic, SUMO-sized The Rolling Stones Collector's Edition, signed by all four band members, a book that took four years of trawling through close to a million photographs of the band, was also on display and available for purchase at the new gallery space. 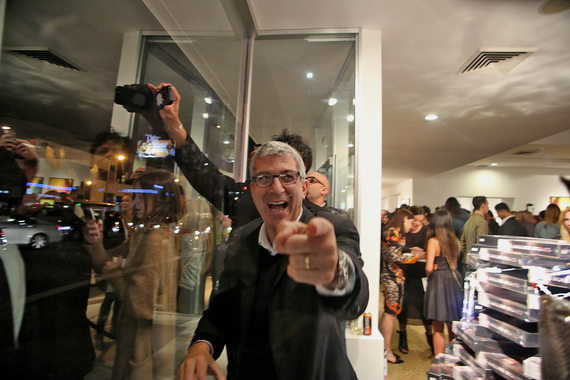 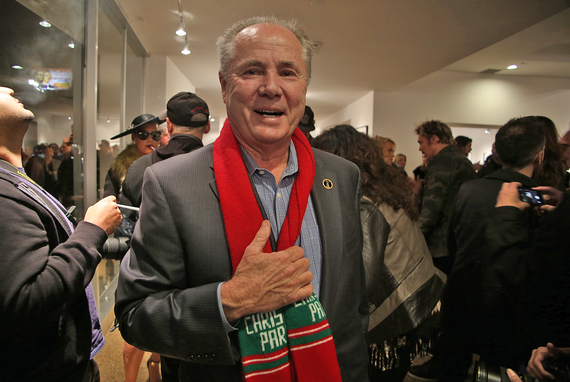 As I continue my foray into the LA art scene, Taschen brings new life into stellar photography exhibitions worthy of museum collections and Hollywood elite, only seen thus far at high-end brick and mortar galleries in Beverly Hills and Santa Monica. 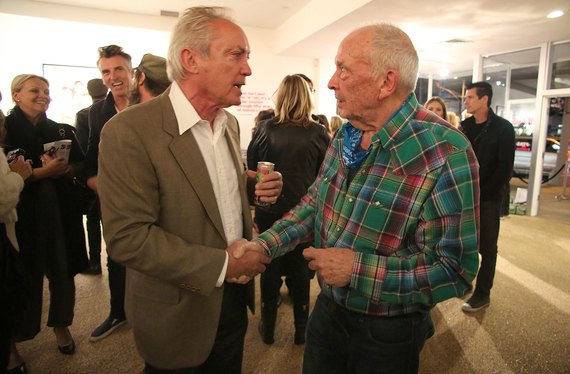 This article is part of an ongoing photojournalism survey of art exhibition openings titled EMS N(art)rative. Through my lens I document a photographic essay or visual "N(art)rative" that captures the happenings, personalities, collectors, gallerists, artists, and the art itself; all elements that form the richly varied and textured fabric of the SoCal art world. This reconnaissance offers a unique view for serious art world players to obtain news and information on the current pulse of what's in the now, yet capturing timeless indelible images for posterity and legacy. Here is EMS N(art)rative Fifteen.