For a while in midcentury America, Tiki was king of the land. With Polynesian-themed hotels, restaurants, cocktails, theme parks, apartment condos, music, movies and more, America’s infatuation with the Hawaiian Islands and Polynesian culture reached a fever pitch before suddenly collapsing. A new visual history of the phenomenon was recently released by Taschen, called Tiki Pop: America Imagines Its Own Tiki Paradise. Elaborately illustrated throughout 36 chapters, author Sven Kirsten shows how Tiki came to represent the "noble savage" lifestyle, free from the structures of Western civilization.

The hardcover, 9.8-by-12.8-inch tome ($59.99) is published in conjunction with an eponymous exhibition in France on view through Sept. 28 at the Musee du Quai Branly in Paris, curated by Kirsten. 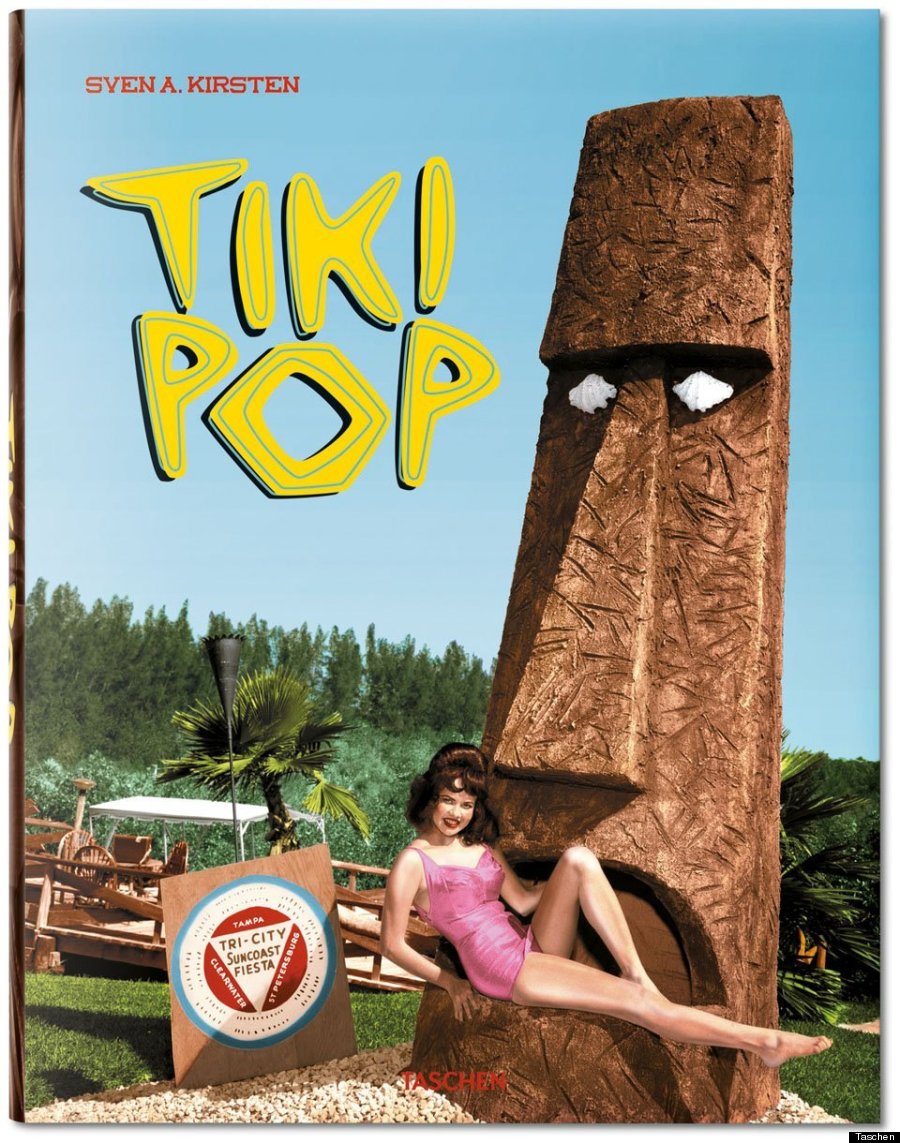 “Americans developed a strong affection for the Hawaiian Islands," Kirsten writes. "Fueled by popular literature, music, and Hollywood movies, the people of mainland USA fabricated a romantic vision of Polynesia that ignored complex realities of native culture in favor of an idealized island fantasy.” 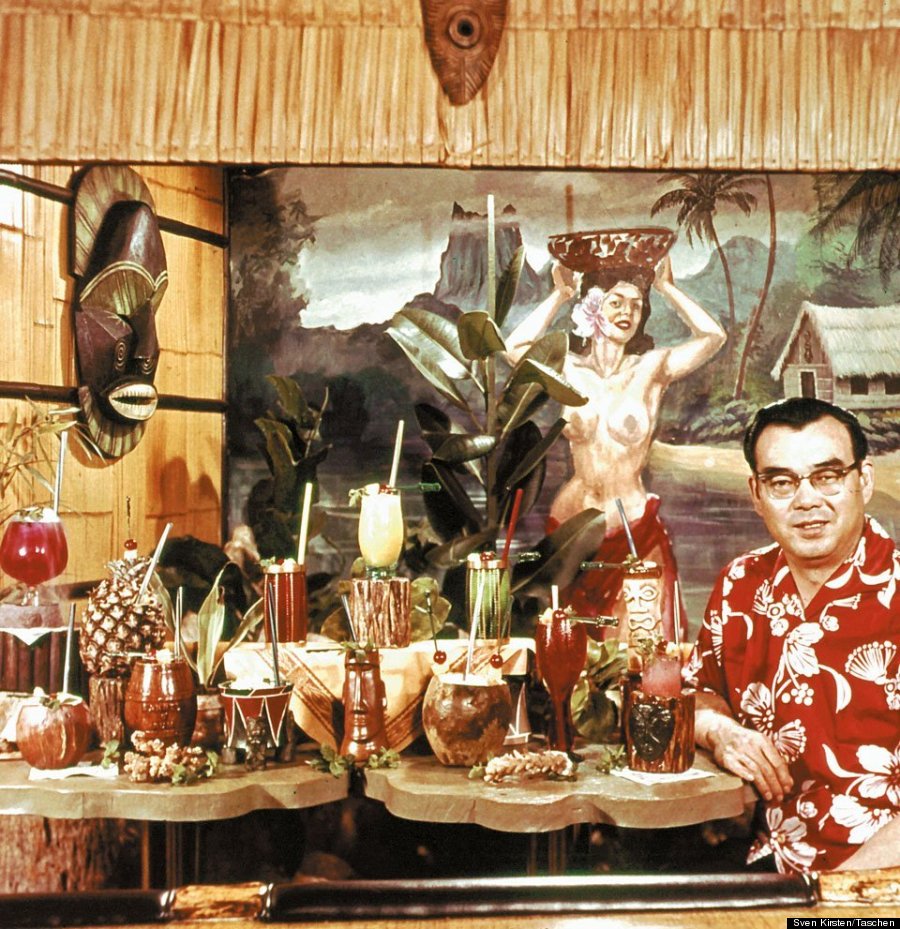 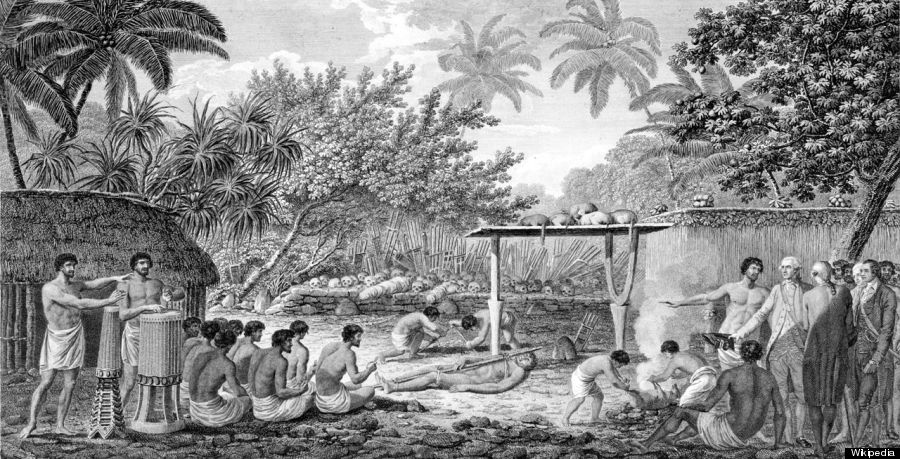 In the 18th century, Western explorers such as Captain James Cook (above) wrote back to Europe legendary reports, which became the talk of the town. “It was the first step toward changing perception of the Pacific Islands from fact to fiction . . . [where people] dreamed of tropical island beaches as romantic getaways and as an escape from old traditions that were holding them back and had lost their luster.”

How It Was Painted: 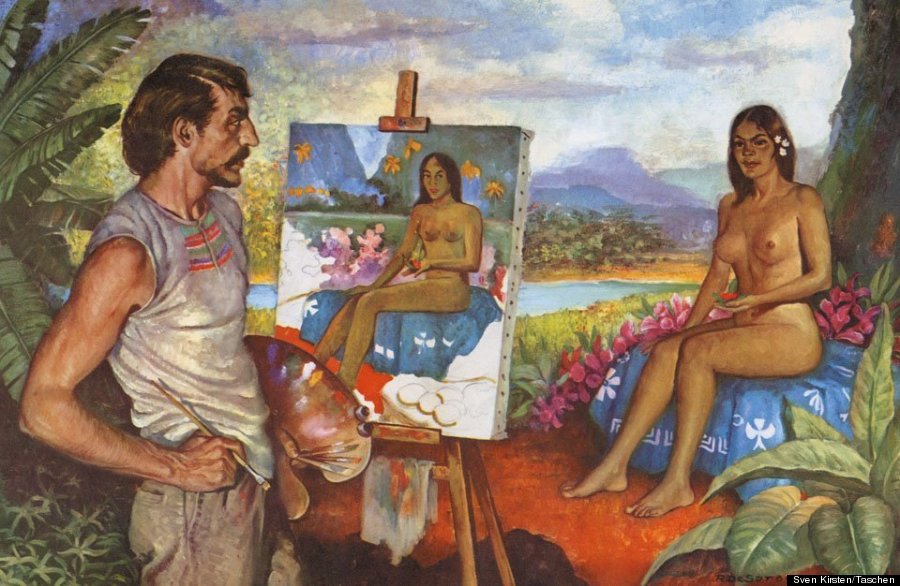 If explorers reported in travelogues what they saw in Polynesia, it was the artists and writers who had the “mission to chase the dream,” according to Kirsten. The painter Paul Gauguin was so inspired by the legends of the Pacific that he quit his job as a Parisian stockbroker, left his wife and child, and “became the quintessential example of an artist’s struggle and bohemian existence in the tropics: shunning conventional modes of living” and even sharing his bed with his nude models. Although his talent wasn’t recognized until after he died, Gauguin's lifestyle was “burned into the minds of those craving refuge from civilization.”

How It Was Written: 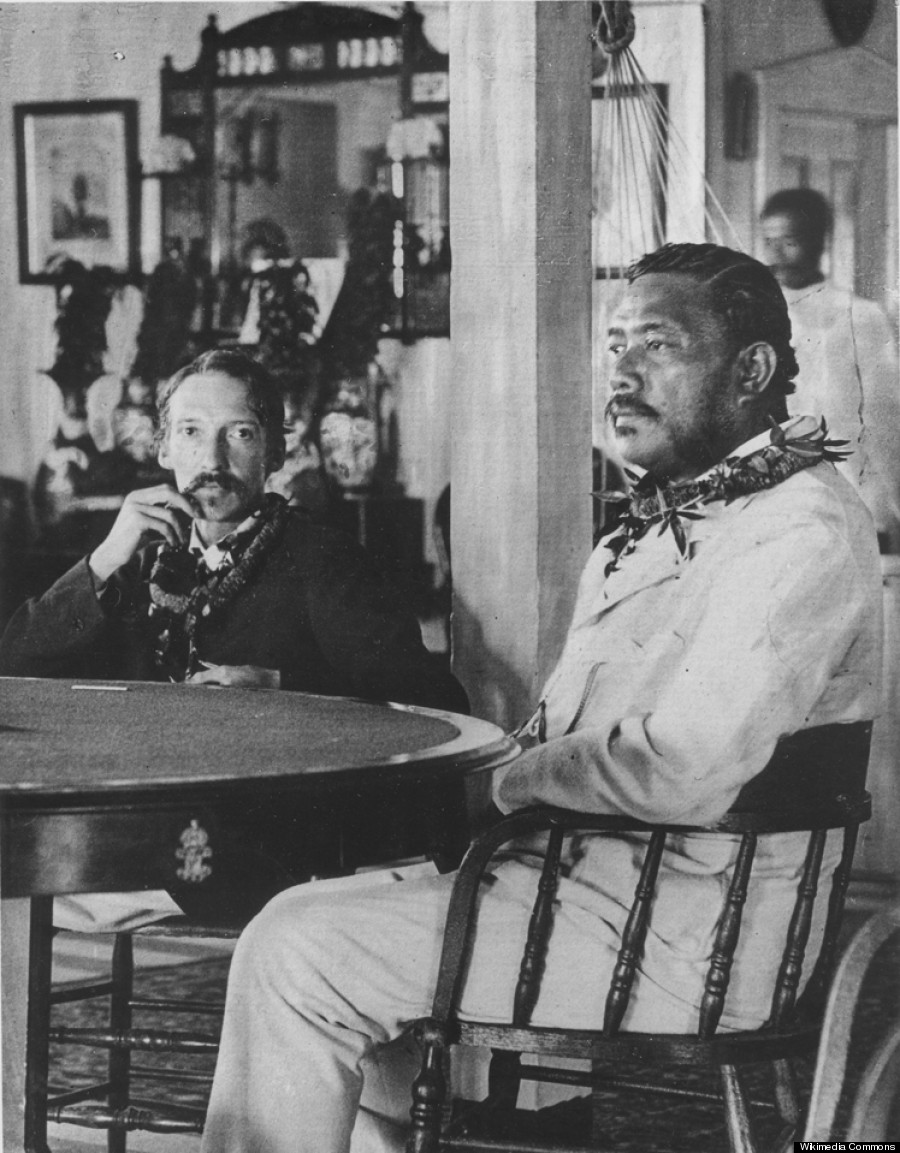 Robert Louis Stevenson (pictured above with Hawaiian King David Kalakaua), Jack London and Herman Melville’s books also fueled the Tiki inferno. Melville’s 1846 novel, Typee, was a big success while the author was alive (Moby Dick, Kirsten notes, “was not recognized in [Melville’s] own time”), and Stevenson considered Kalakaua a close friend. Stevenson was so enamored by Polynesia that he is quoted as saying, “It is perhaps a more fortunate destiny to have a taste for collecting shells than to be born a millionaire.”

How It Was Copied: 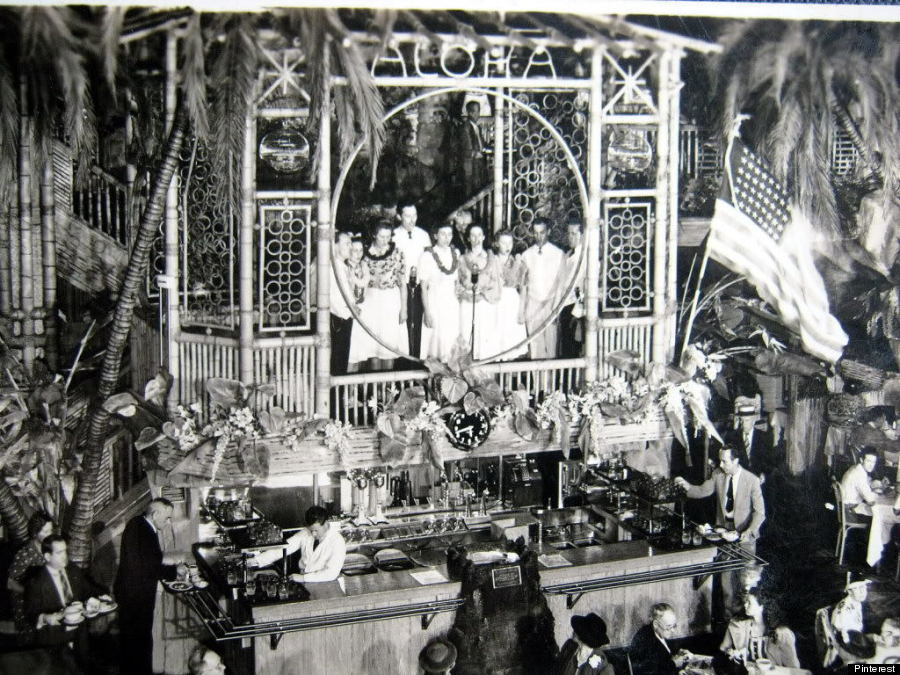 The popularity of South Seas films like Mutiny On The Bounty and The Hurricane quickly led to tropical-themed bars in Los Angeles. What’s popular in LA, so goes into the rest of the country. One such restaurant, Clifton’s Cafeteria in downtown LA, was the most elaborate “urban island” of the 1930s and 40s. “Built like a movie set inside and out, it featured multiple floors of tropical fakery, with interior palms, bamboo huts, waterfalls, and neon flowers throughout,” describes Kirsten. Urban legend says Walt Disney took some inspiration from Clifton’s for Disneyland.

How We Got Drunk: 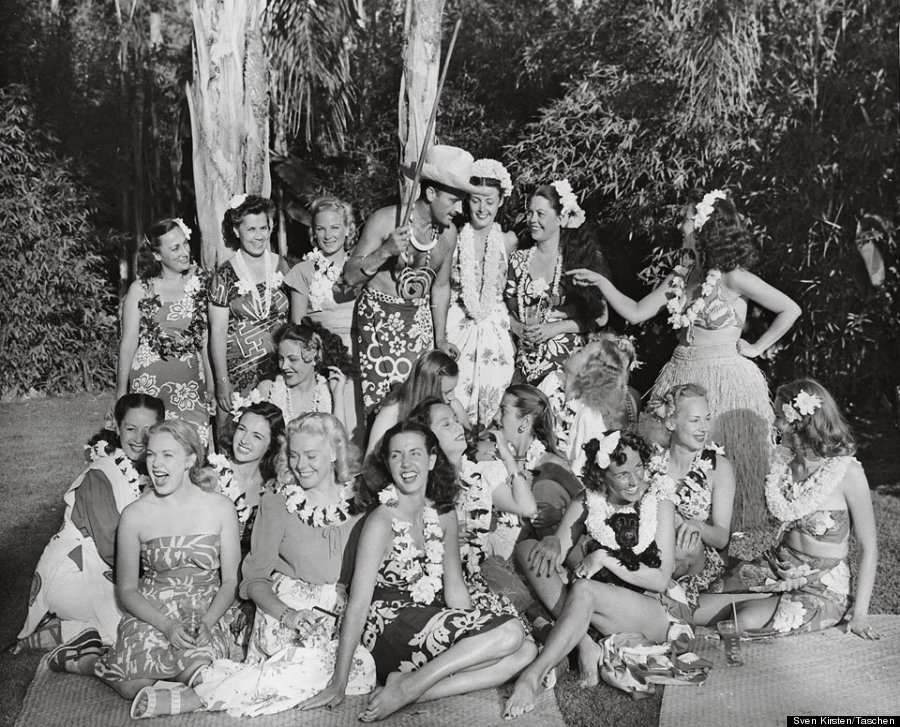 With South Seas entertainment so popular, and the end of Prohibition, the character of the beachcomber came around as the middle ground between local native and visitor. In 1934, Ernest Beaumont Gantt opened a bar, Don's Beachcomber Cafe in Los Angeles, and devoted the rest of his life to this persona. Around the same time, the poet laureate of Hawaii, Don Blanding, had produced volumes of well-received poems. Gantt, likely inspired by Blanding’s stanzas of Hawaiian life, legally changed his name to Donn Beach, also known as Don The Beachcomber (pictured above in his backyard with Hollywood starlets). Beach’s restaurants, and the secretive drinks he created for them (such as the Zombie), became the standard for Tiki bars across the world thereafter.

How We Went Overboard: 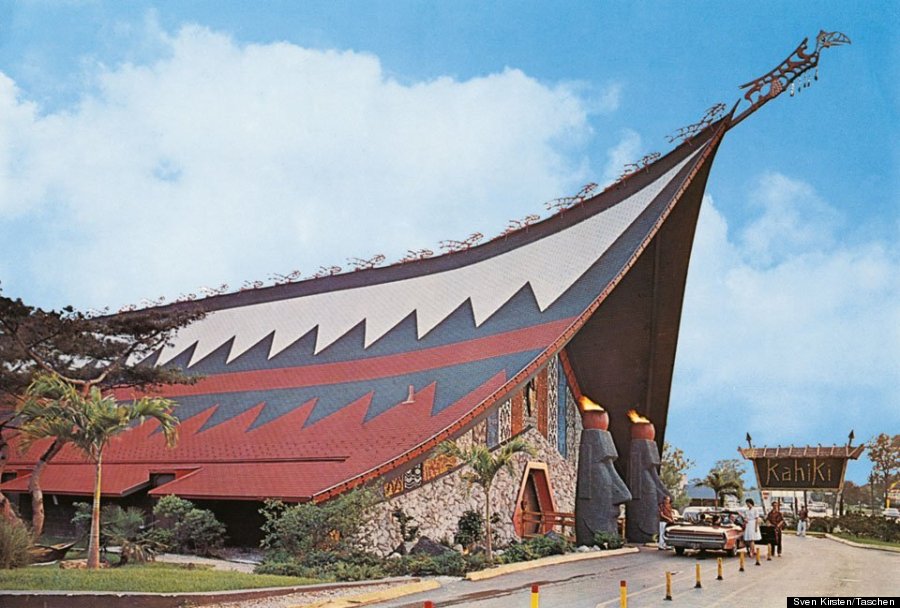 Like Bass Pro Shops does for hunters today, the Kahiki Supper Club in Columbus, Ohio, did for Tiki pop. It featured a Hall of Waterfalls at its entrance, as well as a Quiet Village that led down Kalakaua Street to a two-story high Moai fireplace with “glowing eyes and flaming mouth.” Kirsten describes the Kahiki as a “great example of independent entrepreneurs . . . letting their imaginations create grand new versions of Polynesia Americana.” Although it was registered on the National Register of Historic Places, it was torn down in 2000 to make room for a Walgreens. 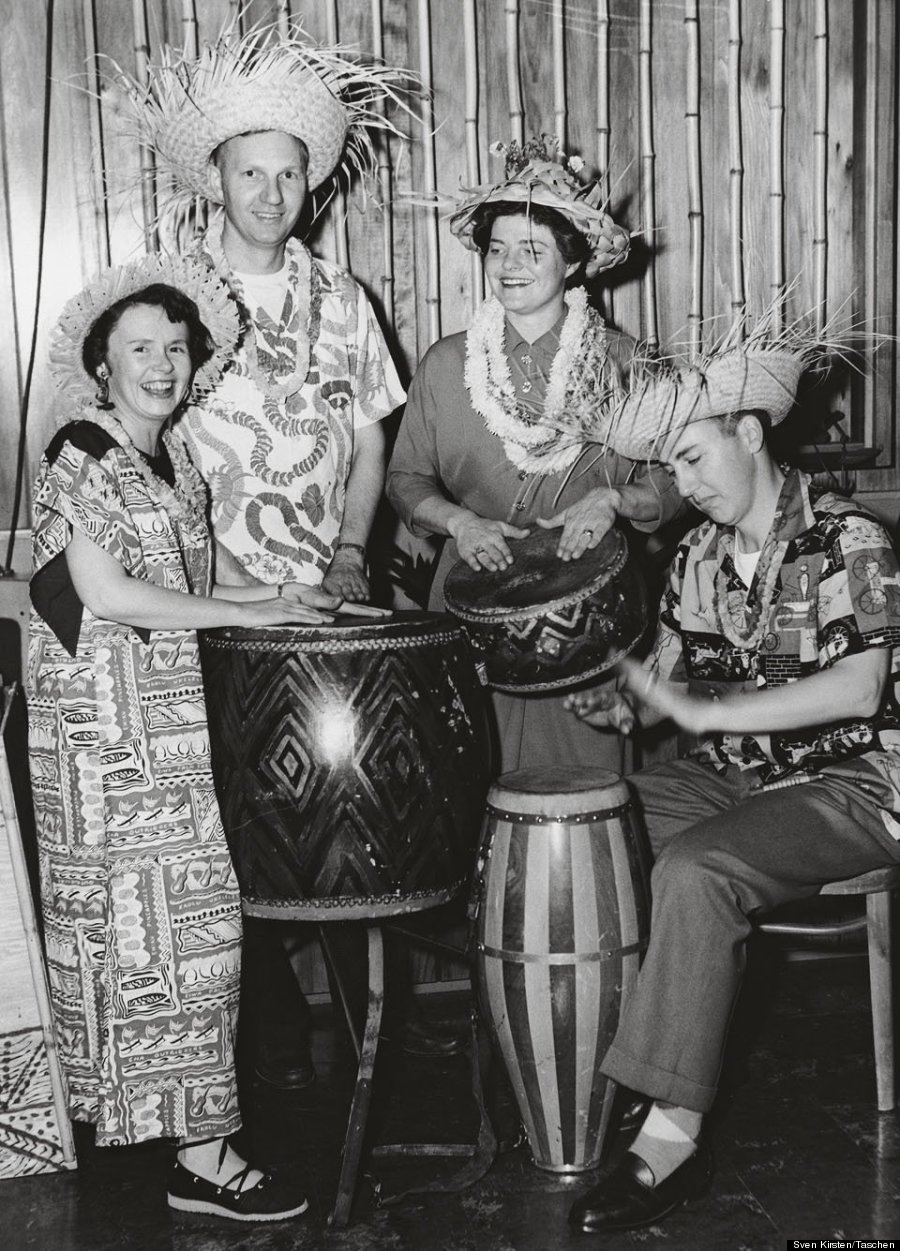 Eventually, when the kids of Tiki lovers grew up (during the social revolutionary times of the mid-1960s), the lifeblood of Polynesian romanticism -- capitalism, military presence, cultural appropriation -- fell out of popularity and became things to protest. “Postwar baby boomers found their parent’s Polynesian posturing somewhat ridiculous, their attitudes toward native cultures patronizing,” Kirsten writes. “American Tiki met the same fate as its Polynesian antecedents. Its idols were abandoned and discarded on the trash heap of passé pop cultures.” 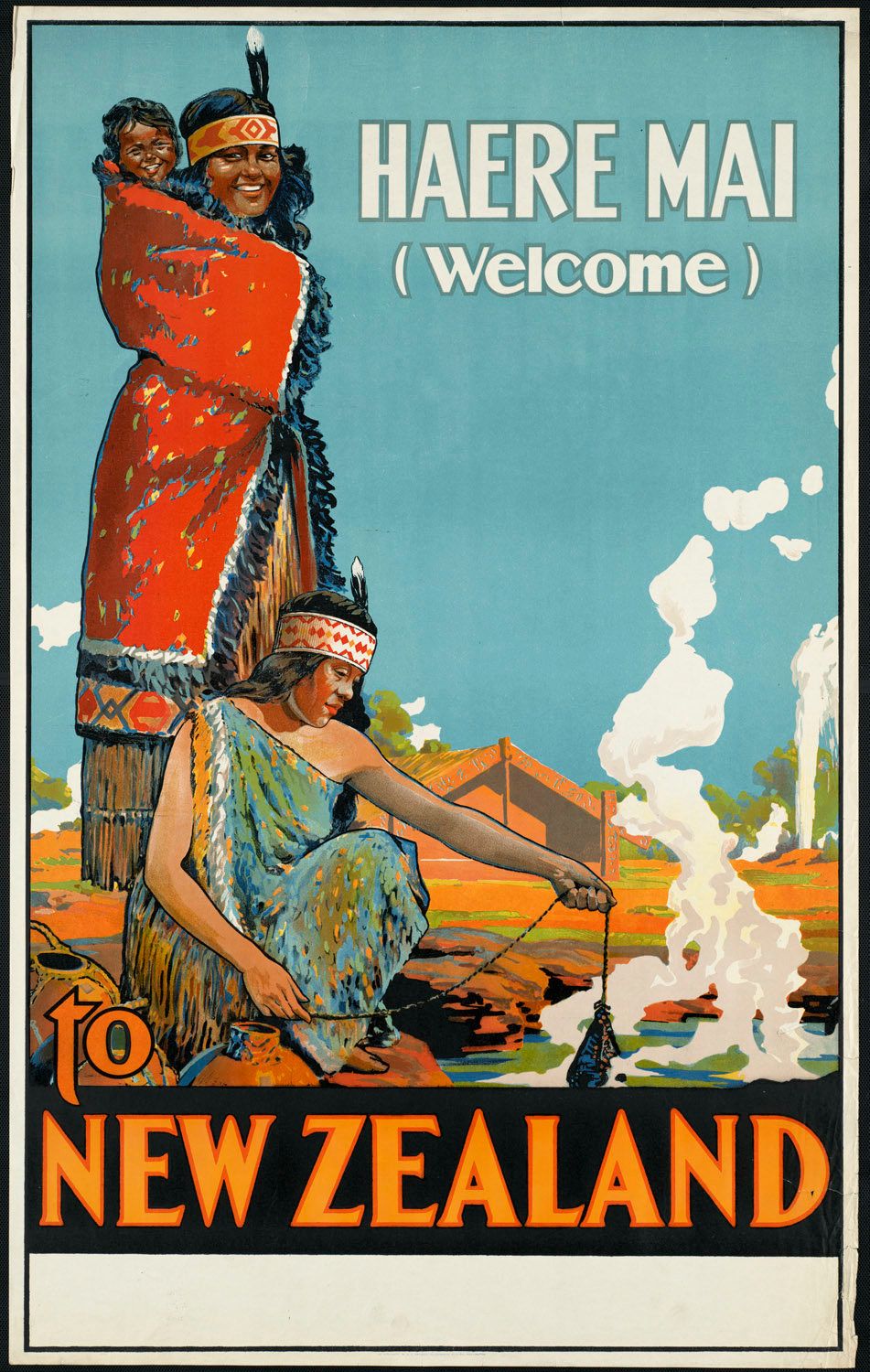