Author Tasha Alexander is one to watch -- and read. The continuing adventures of her Victorian heroine and increasingly intrepid sleuth Lady Emily Ashton commenced in 2005 with And Only to Deceive, and they defy convenient categorization. They're historical thrillers, yes, and thrilling romances, and romantic mysteries. Mix in generous amounts of Victorian cozy, travelogue, epistolary puzzle, adventure yarn, societal exposé and impeccably-detailed period drama, and you're getting close. Alexander's brand-new novel -- the fifth crackling Lady Emily story Dangerous to Know -- has just been released, and I caught up with the contemplative and vivacious writer to discuss her successful series. 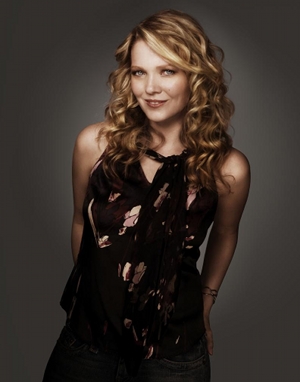 Alexander's heroine is quite a character, rich and real as life, and the author notes of her creation, "I started with knowing who she was, and where, in broad terms, I wanted to take her. And I knew I couldn't do it too quickly, because for as much as we can look at the Victorians and say, 'What were these women thinking?', they had no power. Until the late 1880s they couldn't even own things separately from their husbands. And we look back on that, and think, 'Well, they should have just said no!' I wanted, in that first book, to set Emily up immediately, so we knew who she was, and then start gradually broadening her horizons, enlightening her. Especially in the first book, which is really about her intellectual awakening. Because I think a person has to have to have that before she can start looking at the world in a different way." 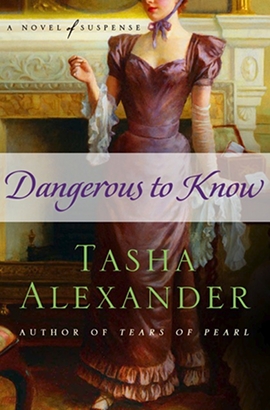 Lady Emily's evolution is fascinating, bookended by restrictive mores and worldly ambitions, filled with dashing suitors, amusing scoundrels and diabolical fiends, plus ladies dear and trustworthy (and alarmingly otherwise), traversing London, Paris, Vienna (A Fatal Waltz) and then, more exotically, Turkey at the close of the Ottoman Empire (Tears of Pearl) and the rugged beauty of Normandy (Dangerous to Know). Over the course of the books (thus far), Lady Emily proceeds from griefless young widow (she barely becomes acquainted with her august husband before his untimely -- and dubious? -- death) to shrewd society figure to unlikely, yet elegantly plausible, detective/heroine. So how did Emily come to be?

I had an image in my head, of a young Victorian woman standing on the cliff path on Santorini, looking out over the Aegean Sea, and I just liked that image, and I thought, "Well, who is she?" And I started asking questions: "If she's Victorian, why is she in Greece?" I thought about that, and knew it wasn't a stretch to say that a Victorian was interested in classical history. Classical education and the Grand Tour were huge in that time period, even for women -- even Victorian women traveled extensively. So I thought: "Okay, why would she be interested in that?" And: "How does she have the money to do whatever she wants?" And: "How come nobody is stopping her?" And by asking these questions to justify that original scene, she came together really nicely. 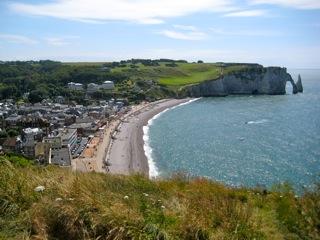 Of course, a Romance wouldn't come together well sans physical romance, and in this aspect Alexander delivers grandly. I'll admit: When, in book one, chapter one, the heroine's late husband's best friend happens to be the most handsome, charming, sophisticated and wonderful consort ever born to the species, I chuckled -- but in fun, with a wry grin. Alexander (who recently married a dashing Brit herself, in the form of thriller author Andrew Grant: Even; Die Twice) boldly introduces love-interest Colin Hargreaves (devoid of title, not otherwise lacking), and the chemistry between him and Lady Emily propels the lovers through each intricate and exciting story. Reveals the author:

Going back to the beginning, I wanted to write about a young woman coming into her own, going beyond her class, seeing a broader world, having an intellectual awakening -- and then having a relationship with a man who, although enlightened, is still a Victorian guy. In Tears of Pearl Colin and Emily were having tension because of her role in the investigation. If you're going to do investigative work, it's dangerous, even if you're not being reckless. [Corker of a climax, incidentally: resourceful deployment of petticoat.]

But if you're in love with someone who's doing something dangerous, you're going to worry, and want to keep that person safe. So Colin let her do her thing in Tears of Pearl, even though it was hard for him, but then in the next book I wanted him to stand back and say, "Hang on! I might be enlightened, but I'm also in charge!" This is the nineteenth century. And we, in the 21st century, think: "Outrageous! She can't put up with her husband saying this and stopping her!" But that's what would have happened in that time period. For the two of them, in the end of this novel, and subsequently in the rest of the series, to have a peace between them about this work thing, it's got to be that he's pushed, she's pushed, and they both see that there's no easy answer. 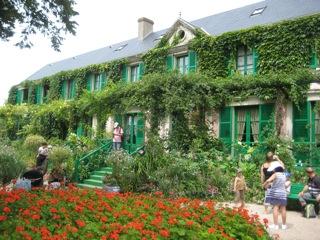 Such complexity is a gold standard of Alexander's writing -- hey, I'm a dude, reading Romance novels, okay? -- and Dangerous to Know, in addition to marking the return of saucy cat-burglar Sebastian Capet (from Lady Emily's second adventure, A Poisoned Season), features subtle turns of character amongst Emily, Colin, Colin's complicated mother and a vivid Gallic ensemble. Meanwhile, a copycat killer dubbed the "Norman Ripper" is stalking the rustic countryside. Bad news for Emily, bad news for everybody, and a truly great twist, verging on sci-fi/horror, which I didn't see coming at all. Some may call it shocking. 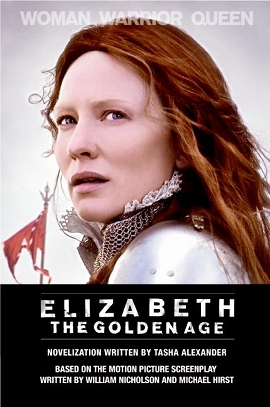 Alexander, who transformed into a novel the apparently awesome screenplay of the peculiarly iffy Cate Blanchett movie Elizabeth: The Golden Age, knows how to construct a compelling plot (even though she humbly and blithely likens her fiction to storytelling for children); but despite her cliffhanger climaxes and witty repartee, there's a depth of sensitivity which sets her apart. I query her about the significance of historical fiction to contemporary readers, and she relates of her previous (and excellent) Tears of Pearl:

There were so many things that I learned about women in the Ottoman Empire -- that to me seemed so important in today's context, with women and how they're treated in different countries. We look at Muslim countries and say, "Look at the plight of women." What they suffer is terrible. And then you look back in the nineteenth century, and you see that there were ways in those societies that the Eastern women had more freedom than their Western counterparts, which stunned me. I did not expect that at all. I read a lot of letters where English women were writing about their Ottoman friends, initially saying how repressive being forced to wear veils was. But then, those same friends reveal that the veils give them freedom - they can, for example, go meet their lover in a café in the center of town, and nobody knows who they are. So there's this beautiful way they use the very instrument of their repression to gain a measure of freedom. I find that fascinating, and pertinent today. 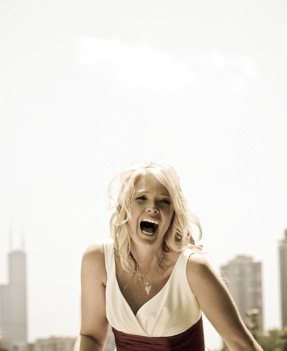 That's but one point amidst a constellation of facts, historical references and observations you'll find in Alexander's fine narratives. Lady Emily will return to London for a darkly mischievous new mystery next year. Meanwhile, visit her and Colin in Normandy via Dangerous to Know, available now from Minotaur Books.