Shrimp is delicious, versatile and often (lovingly) referred to as the "fruit of the sea." Rising in popularity since shrimp farming took off in China in the 1980s, shrimp dishes can be enjoyed in a myriad of ways -- barbecued, boiled, broiled, baked, sauteed and more -- at restaurants across the country.

Shrimp, known to many as prawns or the "swimming crustacean" (typically aquatic invertebrate animals), differentiates itself from similar species like crabs and lobsters because of its developed pleopods (swimming limbs) and slender walking legs, making it better adapted for swimming than walking. Because shrimp live near the seafloor of most coasts, rivers and lakes -- they've adapted to both freshwater and marine environments -- they're easy to fish for and enjoy on plates around the world.

From kabobs to gumbo and sandwiches to burgers, no two shrimp dishes are made the same. Check out these 14 shrimp dishes that are hooking our attention: 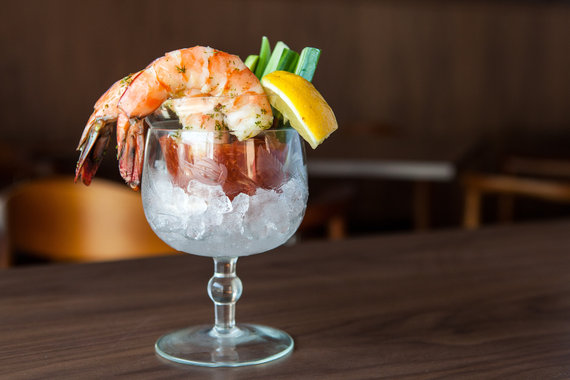 Photo provided by The Arthur J.

A classic preparation that allows the tastiness and freshness of the crustacean to shine, the chilled jumbo shrimp cocktail at The Arthur J is accompanied by spicy cocktail sauce with fresh horseradish, dill and cucumber. 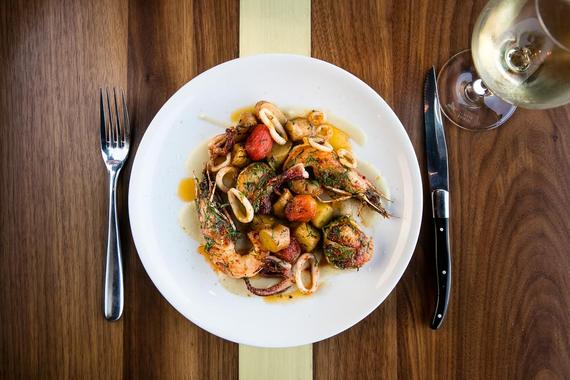 A healthy, refreshing fish dish perfect for summer, the seafood a la plancha at ROOT is prepared with scallops, shrimp, squid and a lemon-aleppo (smoky, Middle Eastern pepper) vinaigrette. 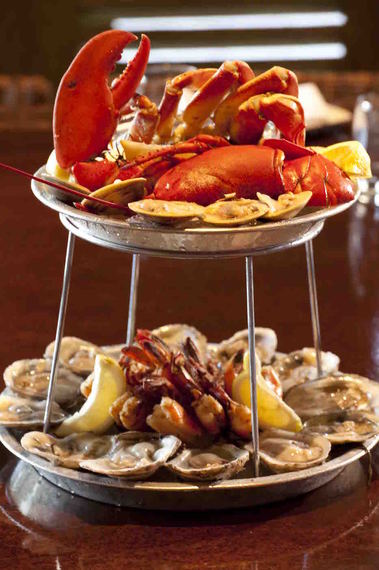 With a name that says it all, Willi's Seafood & Raw Bar has an entire menu section dedicated to the fruits of the sea, including peel-and-eat fresh Gulf prawns, chilled half Dungeness crab, chilled half Maine lobster and Alaskan king crab legs. 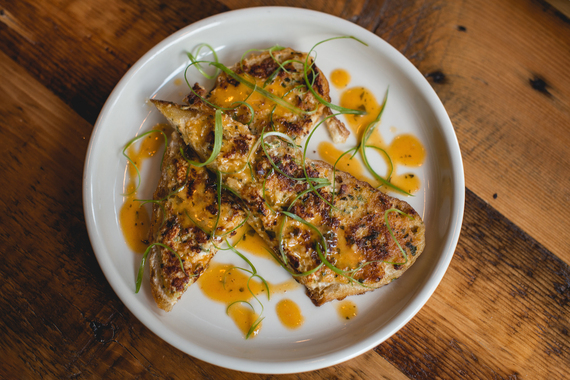 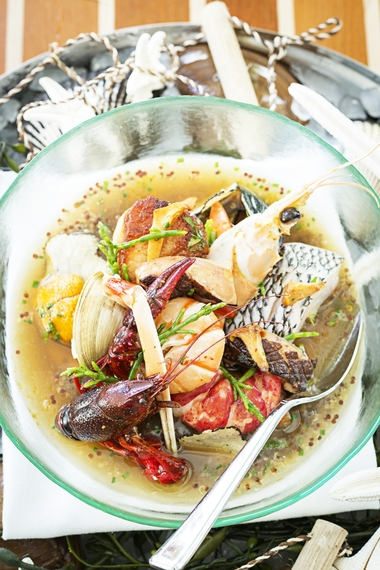 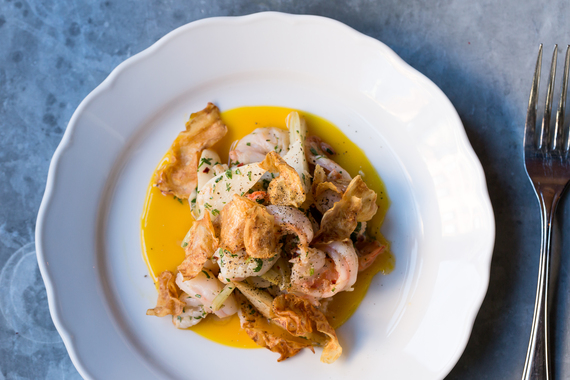 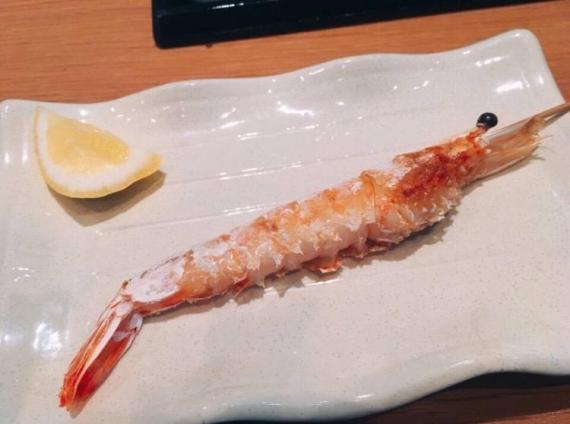 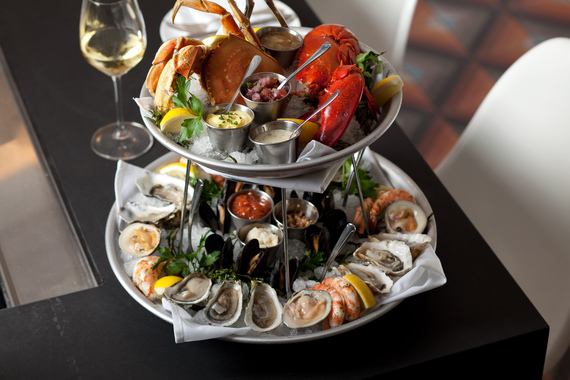 Photo provided by Fishing with Dynamite.

On its seafood-focused menu, Fishing with Dynamite offers jumbo shrimp from the raw bar, available by the half dozen or on an assorted shellfish platter, as well as shrimp ceviche with blood orange, black plum, radish, serrano pepper and avocado. 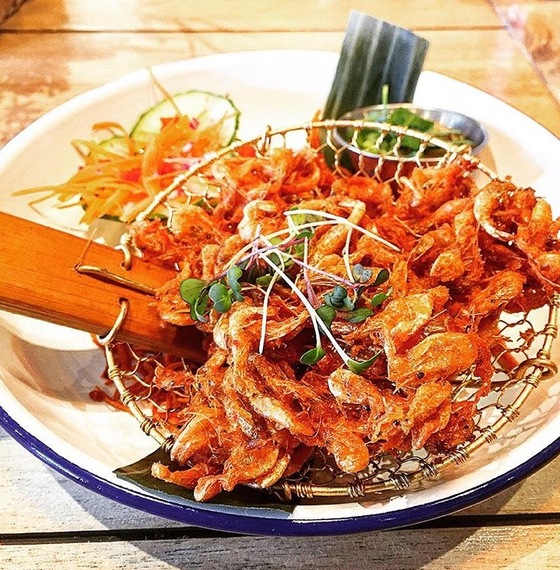 Beloved in Thai cuisine, shrimp pops up frequently on the menu at Farmhouse Kitchen, including as an appetizer marinated in red curry paste, a stir-fried main dish with red curry sauce and as the protein in its signature pad Thai. 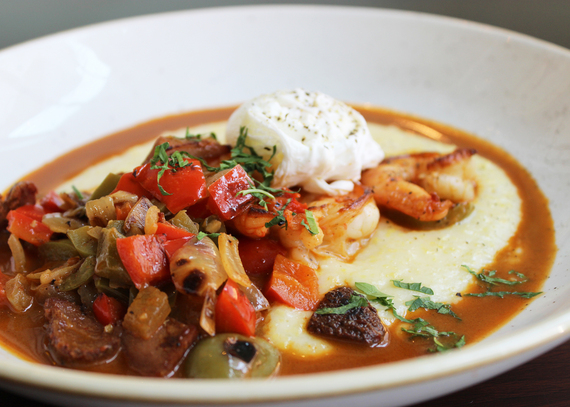 Whetstone brings the flavors and tastiness of traditional Southern cooking to the table with its Carolina shrimp and grits sauteed with shallots, peppers and ham, served over cheesy grits and topped with a poached egg. 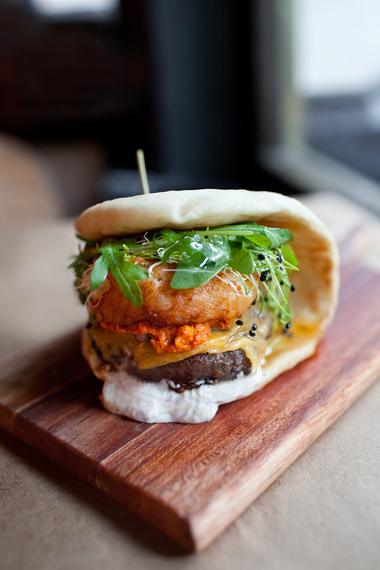 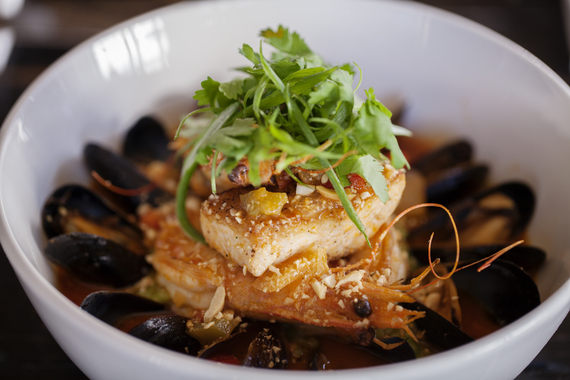 Shrimp is a staple on La Sirena Clandestina's vibrant Brazilian menu, from the moqueca -- a clam and shrimp stew with coconut broth and cilantro risotto -- to the head-on prawns with charred serrano salsa. 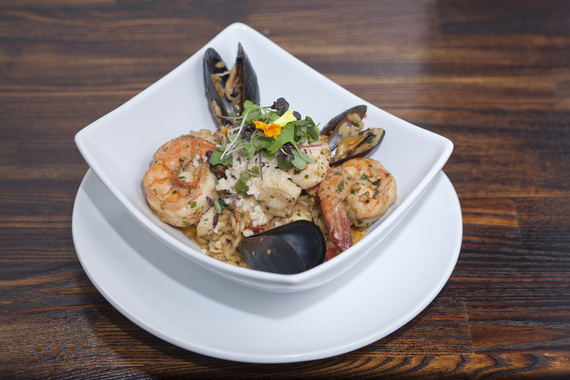 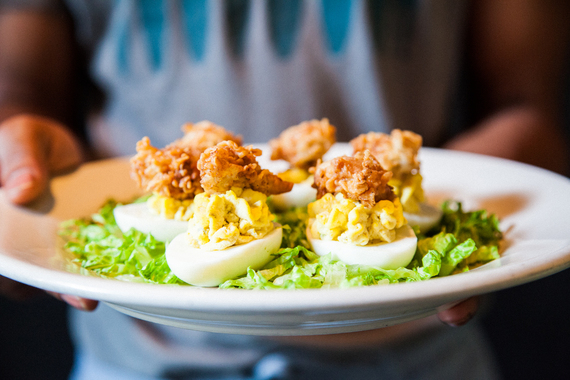 One of many small plates great for sharing with friends, the deviled eggs at Ditch Plains are topped with delightfully crunchy fried shrimp.

You might also like:
15 Sausage Dishes to Take You Around the World
4 Reasons to Get Caught With Your Hand in the Pickle Jar
Not Just for Breakfast: 12 Bomb Bacon Dishes