After a few years of admiration and curiosity from afar, it appears the U.S. will welcome another miniature car into the mix.

Indian automaker Tata is redesigning their $3,000 Nano minicar for release in the U.S. within the next three years, according to Automotive News.

Released in 2009 as the world's cheapest car at $2,500, the egg-shaped, four seat Nano has seen a few issues in its infancy. Those issues have included concerns over the Nano bursting into flames, slow sales after its release and a lack of furnishings like heating or a cup holder. Still, the Tata group is not letting the bumps in the road temper their ambitions for the Nano's release in the U.S and Europe.

But in the process of adjusting the car to fit American standards, the Nano will end up losing its incredibly cheap price-tag, the company says. "The structural changes that would need to be made, the changes that would be required as far as emissions are concerned, and some of the features that would be appropriate to add to the vehicle for the North American market, obviously that would drive up the price point," said Tata executive Warren Harris in an interview with the Associated Press.

Tata's billionaire chief, Ratan Tata, said the new features will include power steering, traction control, a bigger engine and "more bells and whistles." With these additions in place, the new Nano Tata would cost around $8,000. If this price were to a hold, it would make the Nano America's cheapest car behind the likes of the Nissan Versa ($11,750) and the Hyundai Accent ($13,205).

Tata, who will be stepping down as the head of the company in December 2012, insists that the Nano will find success in a new market and overcome its label as a "flop" in India. "The Smart and the Fiat 500 have high sticker prices, and people buy them because they are small cars," Tata told Automotive News. "But everyone knows you put a lot of money into it. We hope that the sub-$10,000 car has appeal."

PHOTO GALLERY
States Spending The Most On Cars
Download
Calling all HuffPost superfans!
Sign up for membership to become a founding member and help shape HuffPost's next chapter
Join HuffPost 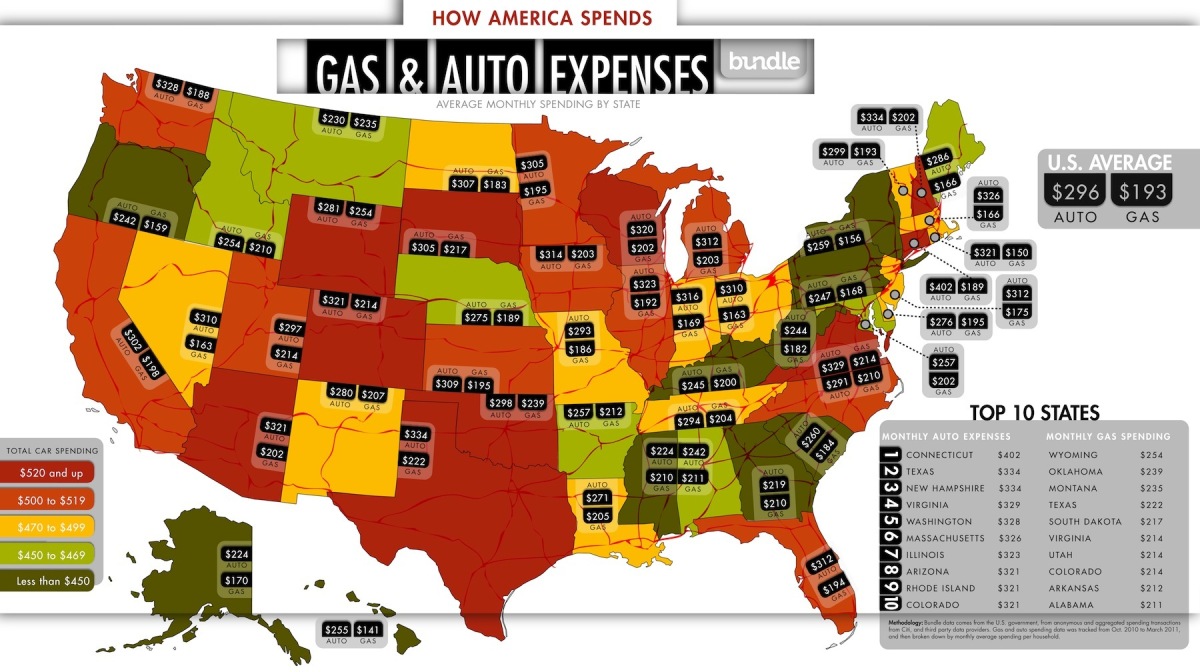