Scars may never disappear. Women who have suffered domestic violence can be haunted for life by the marks of abuse they carry on their bodies. A "lifetime mark," however, can mean something different; Flavia Carvalho, a tattoo artist born in Curitiba [Brazil], reinvents the term. The project she developed two years ago, dubbed "A Pele da Flor" (The Skin of the Flower), seeks to transform scars on women's bodies into beautiful, empowering and transformative tattoos. In this interview, she discusses her ideas and experience.

Some of the below images may be considered graphic.

Flavia Carvalho (FC): I've always enjoyed drawing, and when I started studying Biological Sciences at the Federal University of Paraná (UFPR), I started working on scientific illustration. My colleagues and friends from school insisted that I experiment with tattooing. I started as a tattoo apprentice, assisting an artist who taught me how to assemble a tattoo machine. Soon enough, I started tattooing my "guinea pigs" in college. It was a long and difficult journey. Then, I worked at two different tattoo parlors before I could have my own studio.

I can't claim that women tattoo artists are subject to prejudice per se, but tattoo artistry is dominated by men, and it is indeed very difficult for women to break into this industry. At the tattoo convention here in Curitiba, out of over 150 tattoo artists in 100 booths, I was among only six women artists. Out of the tattoo contest's 32 prizes in different categories, only myself and one other woman took home awards. It has been very hard for me to achieve recognition in this field, and I can clearly see how much emerging women tattoo artists struggle as well. 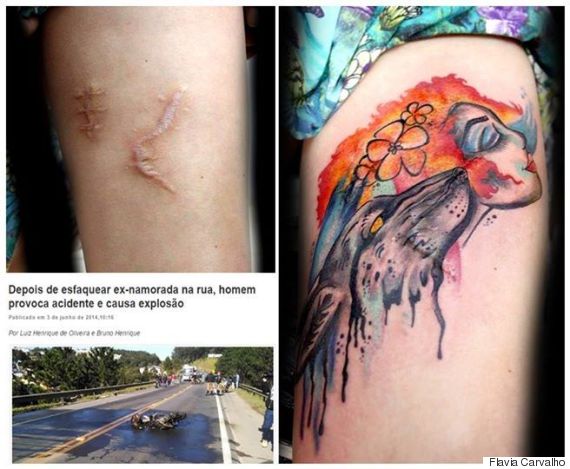 Could you talk a little more about your project? How does it work?

FC: The idea of the project is very simple: it is a voluntary service for tattooing over scars that have resulted from domestic violence or from mastectomies. I run the project alone, since no other tattoo artist has expressed interest in participating. I started the project quite recently, and I had no idea it would receive this much media attention. It began very spontaneously. As I said, my services are a hundred percent voluntary, and the only "cost" women need to invest is to choose a design for their tattoos!

Where did this idea come from?

FC: It all started about two years ago, when I worked with a client who wanted to cover a large scar on her abdomen. She told me that she was at a nightclub, and when she turned down a man who approached her, he stabbed her with an switchblade. When she saw the finished tattoo, she was extremely moved, and that deeply touched me. I was suddenly struck by the idea of providing free tattoos to women who were left with scars following domestic violence or mastectomies. Each tattoo would act as an instrument for empowerment and a self-esteem booster.

I refined the project this year, and I proposed it to a few NGOs; the Municipal Secretariat of Policies for Women, for instance, has applauded the idea. We also received support from the fan-page of the City of Curitiba, which wrote a post about the project that went viral.

The project's name refers to the Portuguese expression "A flor da pele" (deeper than skin), which speaks of how strongly we feel when facing an extremely difficult or challenging situation. "A Pele da Flor" also alludes to the fact that all of us women are like flowers and deserve to have our skin protected and embellished. 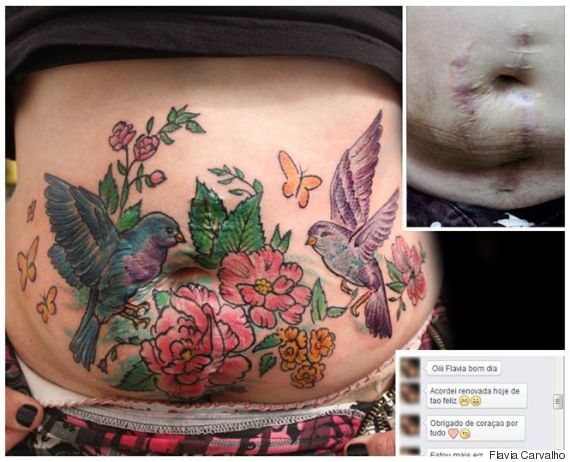 The girls who get your tattoos wear new marks on their bodies: ones that show resilience instead of fear. How has your work been received among these women?

FC: The feedback I have gotten from women who were helped by this project has been extremely surprising. The sense of affection, sisterhood and camaraderie is deeper than I ever imagined. They contact me from all over the country, as well as from abroad. They come to the studio, share their stories of pain and resilience, and they show me their scars. Embarrassed, they cry, and hug me. Then we design the tattoo and we schedule the session. They become excited, optimistic. It is wonderful to see how their relationship with their bodies changes after they get the tattoos. I follow many of them on Facebook, and I see how, after being ashamed of their scarred bodies, they now post pictures in dresses, and they look happy, changed. It is transformative.

What kind of impact has your worked created beyond the transformation in the lives of the tattooed women?

FC: It helped to raise the issue of domestic violence, both in the press and among interest groups. That was also the intention of this project.

Which story moved you the most?

FC: They all move me, but the one that shocked me the most was the story of a 17 year-old girl who dated an older man and, for months, suffered from the physically abusive relationship. When he wanted to break up with her, he scheduled a meeting, and after they began to fight, he stabbed her several times in her abdomen, and violently raped her. She ended up with a perineum tear, had to undergo a number of surgeries and spent several days in the ICU. She is so young, and she has been left with so many scars. The aggressor, however, was a first time offender, so he is still out on the streets.

You work with women who have been abused. Have you ever received any chauvinistic or threatening comments?

FC: Comments have not been directed straight at me; after all, men fear empowered women, right? [ she laughs]. I saw a few malicious and derogatory comments on some of the news articles published, but they were all so empty and foolish (the kinds of comments by haters or trolls) that they did not bother me.

In your own words, what is the importance of a project like yours?

FC: It is a grain of sand; the world is full of things that need to be addressed. We have a long way to go regarding protecting women against violence. 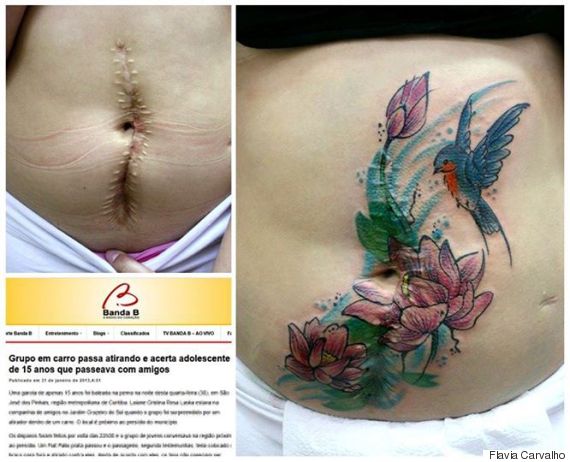 Any plans for the future? Partnerships with organizations that protect women, maybe?

FC: The Municipal Secretariat of Policies for Women and I intend to establish a partnership with the Women's Police Station, in order to offer my services in a more active and direct way to women that go there to report incidences of violence. I will also participate in the Women's National Day in November, and the Pink October events, in partnership with Hospital Erasto Gaetner, which helps women that undergo mastectomies under the United Health System.