A couple of years ago, Nashville, Tennessee-based photographer Brian Batista started taking pictures of rescue dogs with tattooed humans -- and not just because they look decidedly awesome together.

He'd started "seeing the correlation" between how people treat homeless animals -- especially those whose heads have a certain kind of blocky shape -- and how they treat folks who sport a lot of ink.

"Some of the things people would say when they would see a heavily tattooed person walking with a pit bull for example were just absolutely ridiculous," says Batista. "They would have memorial tattoos of family members, art they loved, tattoos that tell stories of their lives and be walking with the happiest dogs you have ever seen. And people would yell at them saying 'That dog is a killer! Stay away from my family!'"

Batista, on the other hand, sees something different: He sees people who want to help these animals so much, they literally wear that love on their sleeve -- or sometimes on other parts of their bodies: 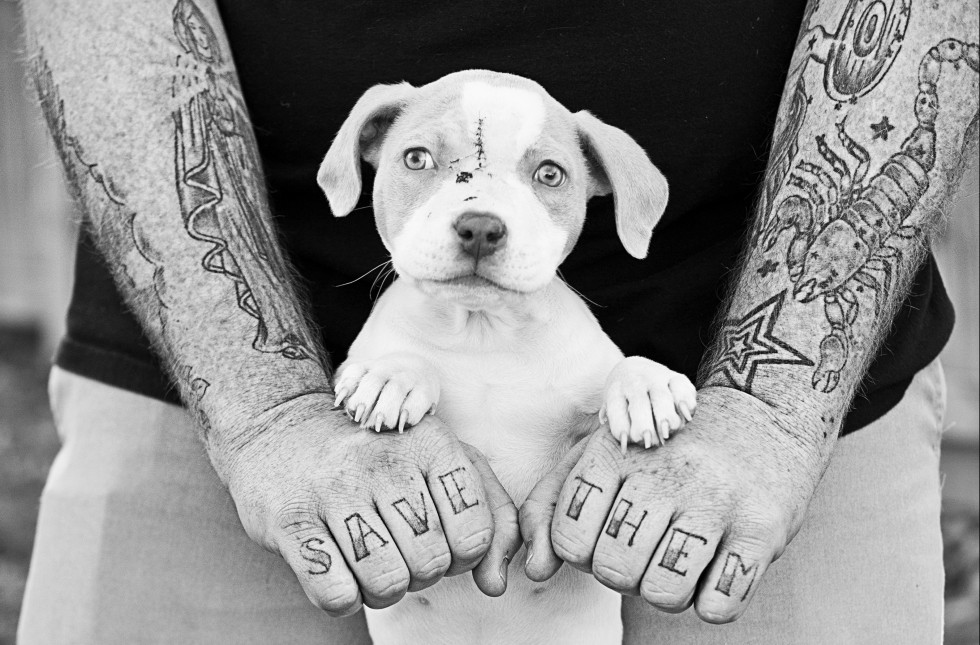 Richard Burgess with his foster puppy Major, who'd been badly injured in a dog attack. Major is now living in Alabama "with a pit bull brother and sister, and two human siblings, and he is a very happy dog," says Batista, who plans to take some updated pics of the pup with his family. Photo credit: Brian Batista

In the 2 1/2 years since the Tattoos & Rescues series got started, Batista -- who has a couple of rescue pups of his own but, a little ironically, no tattoos -- hasn't run out of dogs or humans to shoot. Goals for 2015 include putting out a book and expanding his model lineup to include cats, birds, reptiles and other non-canines.

His first shoot of the year, all that said, is of a gorgeous pit bull named Lilly, who was recently named the 2015 face of Pit Bull Advocates of the United States, with her adoptive dad Steve Lawrence.

Lilly's loving, inked humans became dog advocates soon after adopting Lilly and discovering the world of prejudice surrounding their wiggling, affectionate bundle of love. Lawrence's wife, Misty, tells The Huffington Post that the smack of this prejudice came along with some harsh criticism she'd already encountered as part of an interracial couple.

Misty says she loves the photos -- and only in part because they help make a statement against the various kinds of hostilities her family encounters.

"I feel like they really show the love between a man and his dog," she says. 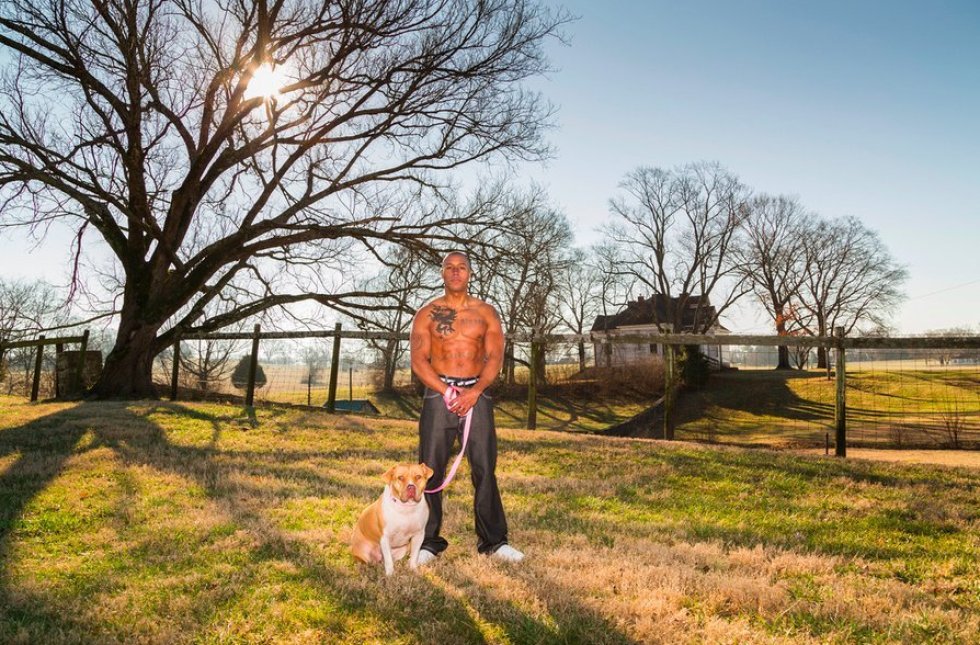 Steve Lawrence with Lilly, who was adopted from Nashville's city shelter about a year after the shelter's ban on adopting out pits was lifted. Photo credit: Brian Batista

Lilly and her family, and the other dogs and families like them, were, and continue to be, Batista's inspiration.

"There are so many misunderstood breeds of dogs that are killed simply because of how they look, not how they act. That is wrong. It’s also wrong to judge a person or animal based on appearance alone. It’s bullying, plain and simple," says Batista. "I think that is the pure essence of what animals that need rescue are trying to say. If they could speak in any human language they would say 'Hey! What happens to us is not right!'

"But since they don’t have the ability to speak how we communicate then it’s up to us to listen to them, how they communicate." 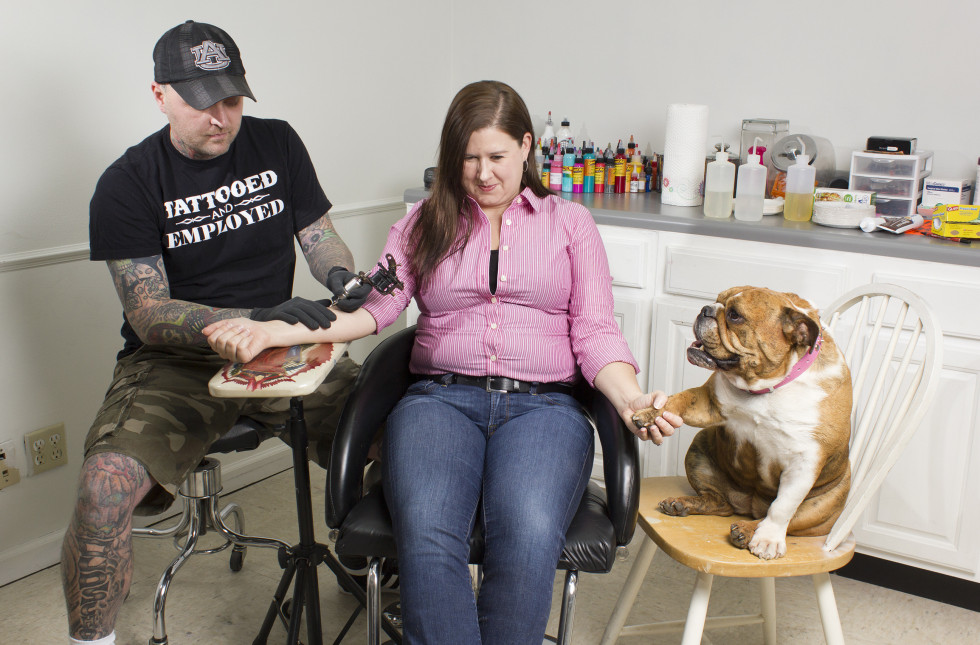 "Jeremy tattooing my fiancee’s arm while Mathilda holds her hand is definitely a proud moment for me because Mathilda reached out to do that, sort of like she knew getting a tattoo made her nervous," says Batista. Photo credit: Brian Batista

Check out more of Brian Batista's Tattoos & Rescues photo series on his website, where you can also find information about buying prints of the pictures.