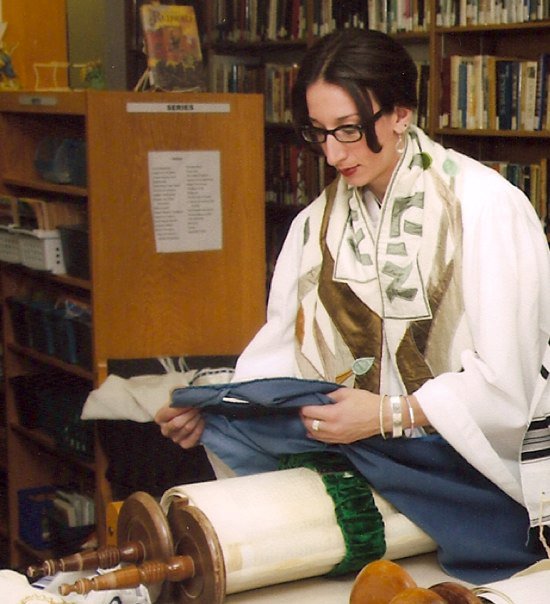 Rabbi Rochelle Kamins has not always felt Jewish ... enough. No youth group or summer camp. She never did all of the things that young Jewish people were "supposed" to do. But she always wanted to feel like she fit, and that she could belong -- tattoos, motorcycles and all. Sitting in her office, Rabbi Rochelle talks candidly about her non-traditional road to the rabbinate and why she doesn't plan on conforming anytime soon.

"I think everyone has an image of a rabbi," says Rabbi Rochelle laughing. "They think old white man with a beard and big hat. Just like when you ask most kids what God looks like, he is still the man on the cloudy throne in the sky."

Rabbi Rochelle is a bit of an anomaly. Adorned with tattoos, albeit inconspicuously, she drives her Honda CBR F4i motorcycle through Los Angeles traffic en route to perform one of her rabbinic duties. Ordained in 2009 as a Reform rabbi, she has built an image on being different and welcoming people into Judaism who might not fit the mold.

Her goal is to make change in the Jewish community -- change in the way Jews look at other Jews. She has a passion that stems from a lifetime of feeling like people were looking at her as if she could not be a part of the community, because she didn't participate in all of the things that constituted being a "good" Jew. As a rabbi, she aims to help people foster connections within the community while being a reflection of what she believes are different, yet acceptable routes to Judaism.

She tells the story of a couple who asked her to perform their wedding on a Saturday, the day of rest in Judaism where working or getting married is against tradition. The couple grew up Jewish and were interested in maintaining a Jewish household, however were not currently connected to a synagogue. They shared with her horror stories of other rabbis who had refused to perform the ceremony and told the couple that they were not Jewish because of their decision to get married on Shabbat.

Raised in San Francisco by her mother, a more traditional Jew from the Bronx, and her father, an L.A. socialist Jew, Rabbi Rochelle's experience was anything but traditional. "How the two of them came together and created a rabbi is anyone's guess," chuckles Rabbi Rochelle.

Her upbringing, however, cultivated a sensitivity for Jewish people whose lives did not fit perfectly within the boundaries of traditional Jewish practice or thought. "My dad's parents were basically communists," says Rabbi Rochelle. "You know L.A. Socialists had meetings in their house. One of my grandparents' good friends was a lawyer who was defending people at the Supreme Court during the Red Scare and all of that. My dad's father was very anti-organized religion. He was all about science and reason. My grandfather was like, 'Oh sure you can have a bar mitzvah, if you believe in that.'" 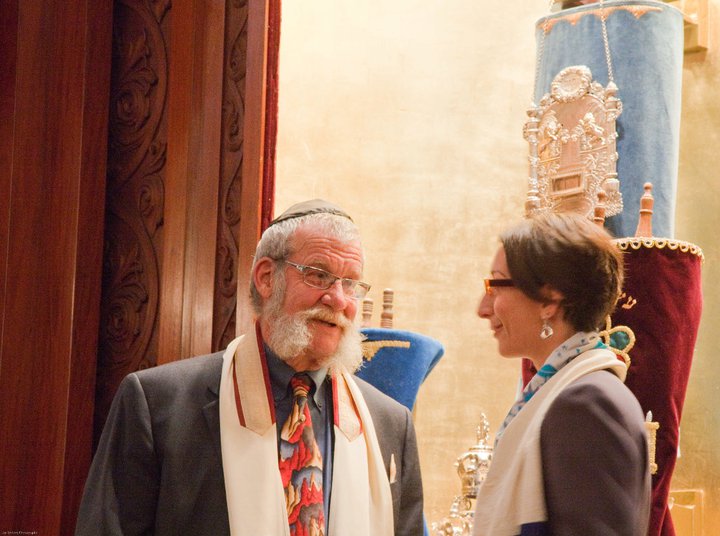 Her father, who is in his 60s, never had a bar mitzvah until she performed it last November. "We had a deal," says Rabbi Rochelle with a smile. "He said he would have a bar mitzvah when I could be the rabbi. It was pretty cool."

Her mother shares that her daughter's decision to become a rabbi came as a huge surprise: "I knew after she went to college that she would do something with kids and Judaism, but had no idea that she would take this route."

Veering from the beaten path has become one of Rabbi Rochelle's hallmarks. She successfully petitioned UC San Diego to allow her to create her own undergraduate major in Modern Israeli Society and Israeli Culture. And in rabbinical school she wrote her thesis on the question of tattoos in Judaism, "The Illustrated Jew: A New Jewish Perspective on Tattoos," hoping to give a reference to people like herself that were trying to find a balance between the secular world and their Judaism.

"I did a ton of research before I got my tattoos," she says. "And I eventually came to the conclusion that body art did not make God angry with me or make me a bad Jew. I am not a bad person and I live my life with integrity."

Rabbi Rochelle's body is adorned with two tattoos, although the second one can hardly be considered a single tattoo. It initially started off as a tattoo on her back that spelled the word "love" in the shape of a heart. It has since morphed into an olive tree, which makes the heart appear more like a carving in the tree. The olive tree has special significance in Judaism.

The word emet, meaning "truth" in Hebrew, is tattooed on her hip and was designed to look like it was written on her body with a black Sharpie. The tattoo's placement was carefully chosen, as she wanted it to be a bit hidden, just for her, and to serve as a reminder to always walk in truth and integrity.

Walking in truth and integrity for Rabbi Rochelle has not always been an easy road to travel. Adopting the unpopular position that someone's sexual preference, body art or piercings has nothing to do with his or her spirituality has presented its fair share of challenges. She is aware that she might be looked at as a bit of an outsider and is sometimes referred for jobs that quite possibly nobody else will take. Weddings on a Saturday. An interfaith wedding with a minister. She gets the impression at times that people refer these jobs to her because they think, "Oh, it's Rochelle, she'll do anything." That just because she is open in some ways, she has no boundaries or rules. That there is no method to her madness.

"So many people go through the motions," says Rabbi Rochelle. "They go to religious school. They do the things, but there is no real connection. I want people to stay connected and to let people know that even if they feel different, like they don't fit or they don't belong, there is still room here. You know, they say that Abraham's tent was open on all four sides, so that visitors or people coming from any direction -- he could greet them. I really think that is what the synagogue should be and that is what a rabbi should be. A rabbi is like Abraham, open on all sides and ready to welcome anyone in when they are ready and from whichever direction they come."

A revised version of this article was originally published at onBeing.