Wunderkind Tavi Gevinson started a style blog when she was only 13. Through her electric granny-chic aesthetic and insightful voice on feminism and growing up, women well into their 30's were looking to her for fashion and life advice before she even started high school. She took two often conflicting arenas, fashion and feminism, and showed the world how they could be BFF's.

As if that wasn't enough, these days Tavi is hard at work curating Rookie Magazine, a teenage melting pot for real-talk, arts-n-crafts and of course pretty things. Not content to be idle, the teenage blogger is moving from the computer screen to the silver screen, acting alongside Christopher Lloyd and Kathy Bates in 2-D animated film and moving picture book "Cadaver," defined on the website as a "cinematic poem." But, wait, there's more! Tavi sings Neil Young's 'Heart of Gold' for the film, for which she reportedly received personal permission from the legendary Canadian singer-songwriter.

In honor of Women's History Month and our complete obsession with Tavi, we asked her some questions about femininity and creativity. 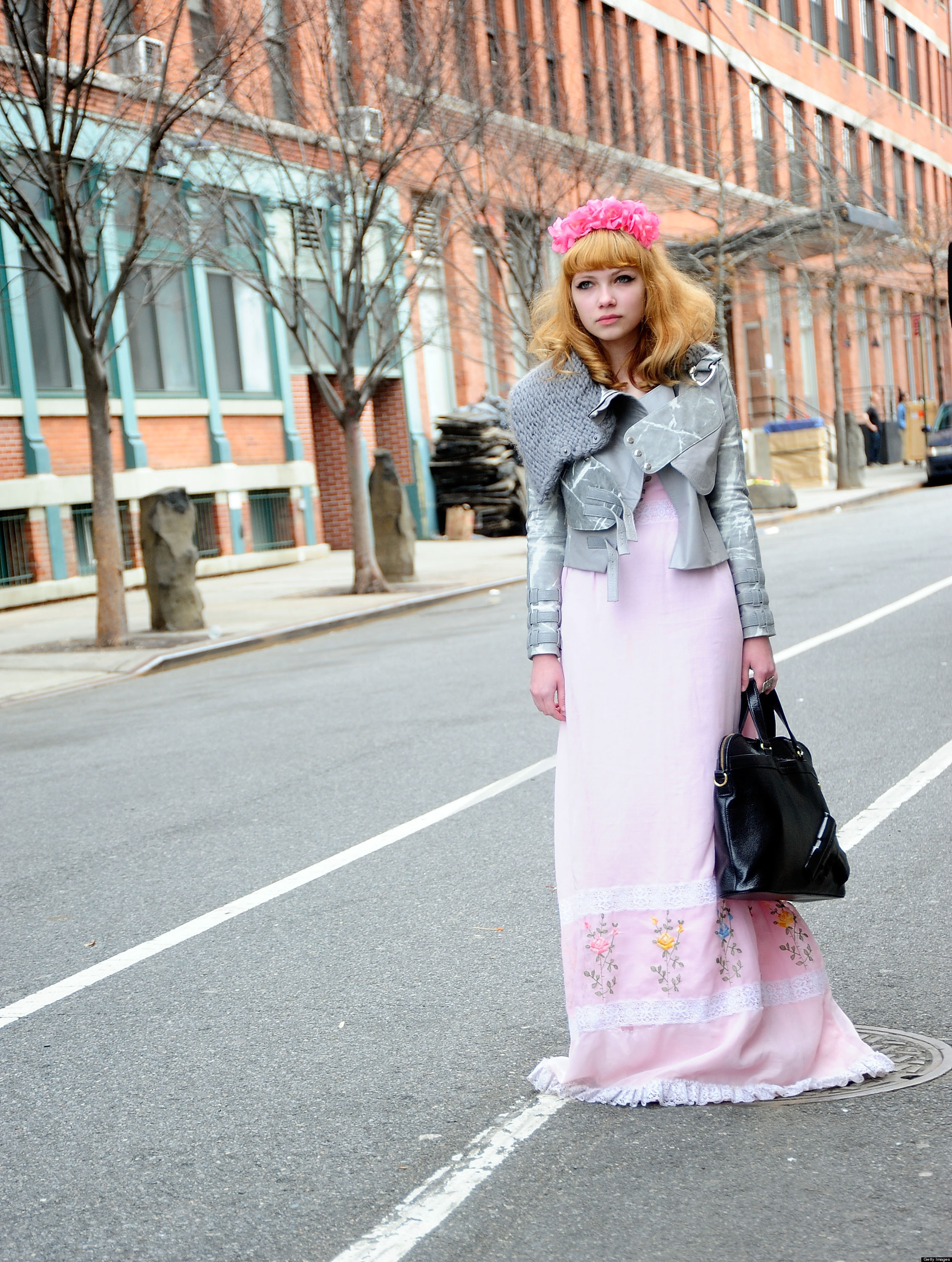 HuffPost Arts: Was 'Cadaver' your first time acting? Do you see yourself becoming more involved in film?

TG: No, I've acted in plays and things in our town since elementary school, but I haven't done anything like Cadaver before. I'm very interested in film but any more involvement would happen organically. I'm not really seeking anything out, just looking at projects that come up that interest me.

HuffPost Arts: You've had a pretty crazy couple of years. Was there a particular moment where you completely freaked out and were like OMG WHAT IS HAPPENING? Do tell!

TG: My life motto is basically to lower your standards and expectations so you're never disappointed and never put any trust in anything, and I try to prepare for the day that I wake up and everyone I know is like LOL JK BEST LONG-RUNNING PRACTICAL JOKE EVER, so I've never really let myself freak out or get too excited about anything. Not in an effort to be cool or not care or anything, just out of neurosis!

HuffPost Arts: You introduced the world to what you liked and now you have all of these girls looking up to you who speak your language. Do you think that you are shaping the tastes of others (and even the fashion world at large) or rather connecting with people who already have similar tastes as you?

TG: I think it's a little bit of both…I get emails from people thanking me for turning them on to a movie, and from people who say they're relieved or excited to know of someone else who likes that movie. And adults who are excited that My So-Called Life is being watched and recognized by teenagers or whatever.

HuffPost Arts: Your mother was an artist. What kind of an effect do you think this had on your life story? Were you thinking critically about your aesthetic from an early age?

TG: She always tried to get me and my sisters to create things. I don't think I was ever thinking critically about my aesthetic, I think it's enough when you're little just to understand that you can give yourself the permission to try and see things differently or create something original, even though you probably won't make anything original for a really long time. When you're a kid you're already trying to create your own world and organize the one in front of you, but then you get all insecure around 6th grade and don't think you have a right to share that. I think it was my mom's attitude about art and being part of the narcissistic digital generation or whatever that made me think anyone would care what I had to say about anything!

My dad's an English teacher, so reading was big too, and I do think reading is the best practice for writing, along with writing all the time. I actually never liked writing on my own or in school until I'd had my blog for a while and realized I'd been writing every day for years.

HuffPost Arts: Let's talk about the word 'girly'. You are a feminist with an unabashed love of girly things like glitter and musicals. And Rookie is of course a magazine for girls. Do you see the category of 'girly' as something to take pride in or as something limiting? Do you think a lot of boys read Rookie? Are you devoted to creating a girls-only zone?

TG: "Girly" can be limiting if you're told it's the only option. I don't think the solution is to get rid of the girly stuff or decide it's oppressive and get mad at a singer or book for not ACCURATELY REPRESENTING ALL WOMEN. There just needs to be more options for girls who don't identify with the girly aesthetic, and can broaden the idea of what being a girl means. Similarly, there needs to be more of that stuff that can be aesthetically girly, but feminist in the actual message. (See: the episode of New Girl where Jess states that she likes polka dots and desserts but is still strong and smart and tough.)

I have a problem with people saying feminine means anti-feminist, and I think it's counter-productive to immediately associate anything "girly" with vanity or stupidity. I also think it takes away from girls' agency to say that girls who are interested in that kind of thing only are because they don't know what's good for them. I wrote more about this about a year ago on my blog, here.

I don't know that a LOT of boys read Rookie, but we get quite a few nice comments and e-mails from them. To say I'm devoted to making it girls-only is a little extreme, because I don't actively try to exclude everyone else, just make sure girls know that this space is for them, first and foremost. I want them to be comfortable and not feel like they're being watched or judged by their parents or classmates or whatever.

HP: What work of art is inspiring you at the moment?

TG: This photo by Luigi Ghirri. 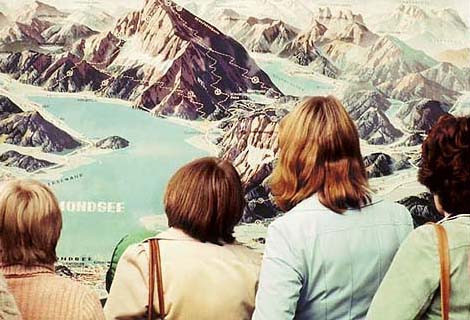 You can find Tavi's blog The Style Rookie, and her online magazine Rookie on the interweb, and you can watch the trailer for "Cadaver" and check out some of Tavi's best looks below.

CADAVER - The Film - Trailer from JAMS on Vimeo.