Tavi Gevinson bewilders the heck out of me. The 15 year old fashionista and author of blog Style Rookie comes to us from another era. She's sassy, she's perceptive, she's irreverent and she's eloquent beyond her years. When she first rose to popularity there was some speculation as to whether or not she actually wrote her blog, because really ... how could an 11 year old from the Midwest be so friggin precocious? Style-wise, eh, in my opinion she dresses like any other quirky teenager with supportive parents and access to a Salvation Army. But this girl can write ... and she can think .... and that, in combination with dressing like Kurt Cobain meets fairy princess meets Gramma Millie, well, that makes her remarkable.

So anyway, she recently wrote a post about standards of beauty and personal development and the privileges that come with being good looking...

This is her normal outfit-posting steez: 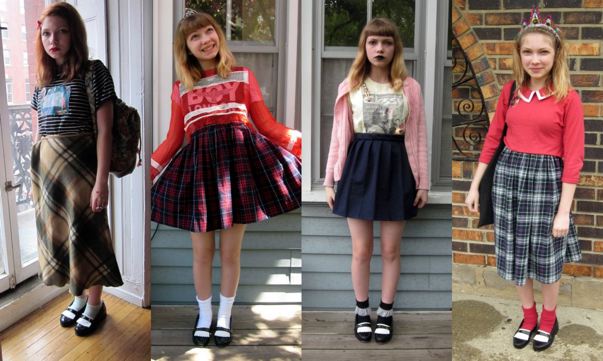 In her most recent post, however, she reluctantly put up the following photo -- one that she had avoided posting for several months: 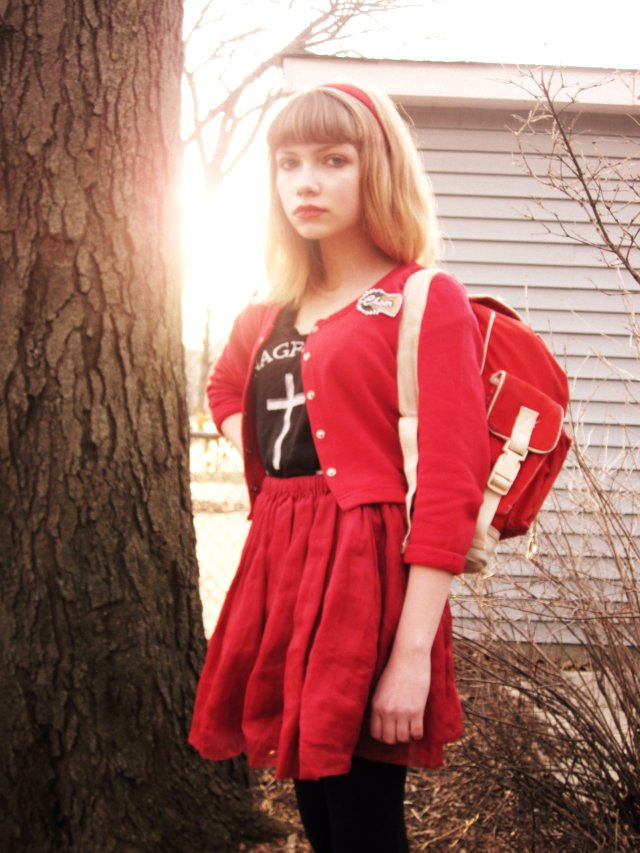 Why had she avoided posting it?

I didn't want to post this photo because I look good in it. And, as someone whose "thing" for so long has been "Challenge beauty standards! Screw convention! Look like a grandmother on ecstasy at Fashion Week!", that somehow felt hypocritical.

She then goes on to talk about beauty privilege and refers her readers to this article on Feminist Gal. Basically she acknowledges that she has "beauty privilege," but she's still trying to reconcile how she feels within the greater social context of beauty, her likes/dislikes/insecurities about herself, and how to remain authentic (practicing in real life what she preaches on her blog).

I could pretend to be an archetype of a feminist superhero and say I never want to be a conventionally attractive person. But, while I have so much respect for the people who can say that truthfully, I'm not there yet. I think it would be, in my case, much more effective to be honest and willing to have this conversation instead of signing myself to a stereotype I can't fit. I admit to the basic human desire to be attractive. That's certainly not all I want to be, and I'm not bending over backwards every morning for it, but it's there.

Say what now?! Maybe this is natural to people who have been on the Tavi-train for a while, but I think this girl is incred. Haters, move to the side. This chick is not a fad ... she's not a gimmick. I guarantee you we'll be hearing from her for the next few decades -- whether she's running Vogue or CNN or HuffPo.

And now, good people, I leave you with this:

all photos via Style Rookie