The United States and its Gulf Arab allies have watched with mounting alarm as Islamist insurgents, emboldened by political upheaval in Yemen, have launched a series of audacious attacks and seized swathes of territory including some major towns.

Washington is trying to counter the threat by stepping up drone strikes to kill suspected militants and training the Yemeni army to fight them and stop the country being used as a springboard for attacks on Western targets.

"We are against drone strikes because they will not kill the real al Qaeda, they will only target women and youth," Karman said in an interview in the Qatari capital Doha on Wednesday.

Tribal leaders in parts of Yemen where drone attacks aimed at al Qaeda have killed civilians say the strikes have been turning more and more Yemenis against the Sanaa government and Washington.

Backed by Washington, the Yemeni army has launched a major aerial and ground offensive in south Yemen where militants have gone on the rampage in recent months, looting ammunition depots and killing scores of soldiers.

Karman said former President Ali Abdullah Saleh, who quit in February after a year of mass protests, was the "real hand" behind the strength of al Qaeda in the Arabian Peninsula state.

"Fighting terrorists is a goal of our revolution, and we welcome the participation of the U.S. and the international community, but the only ones with the interest to combat al Qaeda in our country are the Yemeni people," Karman said.

Saleh long enjoyed Saudi and U.S. backing as their point man in fight al Qaeda militants based in Yemen.

But Saleh's opponents repeatedly accused him of manipulating the threat of militancy and even encouraging it to scare the United States and Saudi Arabia into backing him as a bulwark against al Qaeda and thereby help him cling to power.

"We were uncomfortable with the U.S. approach to combat al Qaeda with Saleh. I told them, 'You have to be careful with Saleh. Don't trust him.' I can't believe that (the U.S.) didn't know of Saleh's connection with al Qaeda," Karman said.

"Now with Hadi, we are confident he will stop al Qaeda."

Karman said she was happy with the transition under new President Abd-Rabbu Mansour Hadi, who U.S. officials say is proving a more effective partner than Saleh against militants.

At least 20 militants and seven soldiers were killed in Yemen on Wednesday when government troops fought off an ambush on the edge of a southern town controlled by an al Qaeda-linked group, an army official said.

"We are happy and we see progress. That is our victory. He is the president the revolution chose, and we are satisfied. But we are not satisfied with the situation of the army and security forces. Until now, there has been no unification," Karman said.

"It's very important that the international community (exerts) more pressure. They haven't done enough. We need support in sacking all of Saleh's family from the security forces. They support al Qaeda," she said.

Karman said reform activists were focusing on rooting out corruption and restructuring the army and security forces.

"But we (protesters) are still in the squares. The tents are still there and we will not leave until we achieve all of our goals," she said.

Karman won the 2011 Nobel Peace Prize for her role in leading protests against Saleh. She shared the prize with Liberian President Ellen Johnson-Sirleaf and Liberian peace campaigner Leymah Gbowee. (Editing by Mark Heinrich) 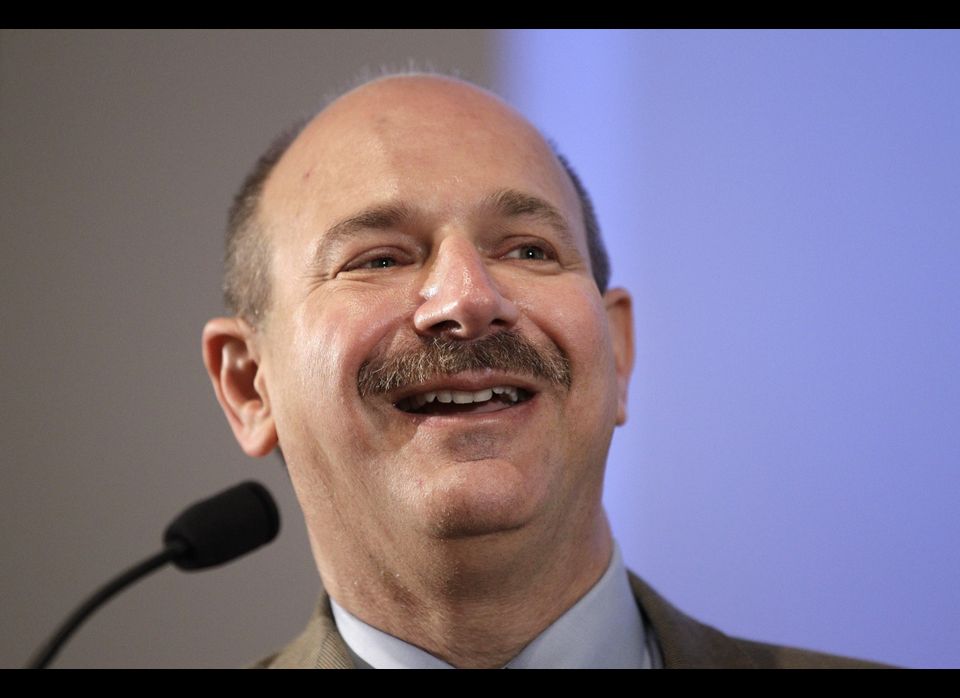 1 / 11
Dr. Bruce Beutler
Nobel Prize in physiology or medicine: American Bruce Beutler and Frenchman Jules Hoffmann shared the award with Canadian-born Ralph Steinman for discoveries about the immune system that opened up new avenues for the treatment and prevention of infectious illnesses and cancer. Steinman died three days before the announcement. (AP)
AP