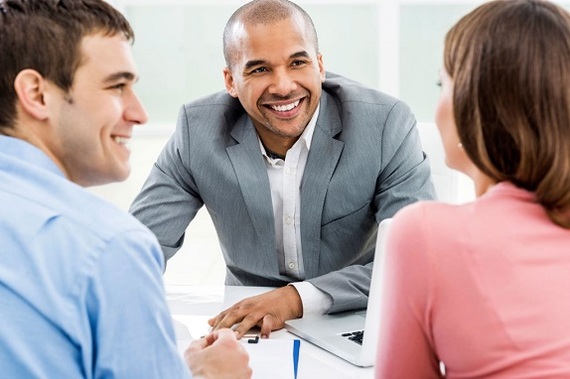 It's been said that the only things guaranteed in life are death and taxes. While the former is sadly true, the latter is dependent on how aware one is when claiming tax credits and deductions.

Surprisingly, many people are unaware of the volume of tax credits that are available. In turn, that leaves a huge pot of unclaimed credits annually.

Tax credits are an amount of money that a taxpayer is able to subtract from the amount of tax they owe to the government. The value of a tax credit depends on what the credit is being provided for, and certain types of tax credits are granted to individuals or businesses in specific locations, classifications or industries.

Tax credits go unclaimed for a variety of reasons - lack of knowledge about the credit and an inability to provide supporting documentation to receive the credit are just a few. Tax codes in Canada and the United States are confusing and often contain thousands of pages that are difficult to work through.

The federal tax code in Canada, for instance, contains about 1,400 pages and requires a certification in accounting to fully understand. It's little wonder that many people do not understand the tax code or the processes of applying for tax credits.

While defining what credits one is eligible for can be tricky, there are a number of credits that have become almost standard in both Canada and the U.S. They include: Earned income credit, Retirement Savings Contribution Credit, Mortgage Interest Credit, Premium Tax credit, Child credit, and the Adult Fitness Tax Credits.

While many taxpayers benefit from the credits listed above, there are still a plethora of credits that Canadians are eligible for, yet don't claim.

Claiming the DTC is dependent on qualifying for the credit. In order to be considered for the DTC, a claimant must have a severe and prolonged impairment of their physical or mental health. An impairment qualifies as 'prolonged' if it is expected to or has lasted at least 12 months.

According to the Canadian Revenue Agency (CRA), of the 1.1 million Canadians who are eligible for the DTC, only 620,000 actually claim it. That's leaving a billion dollars of money intended for the pockets of disabled Canadians in government coffers.

A Paralympic Hero`s Experience with the Disability Tax Credit

Paul Rosen, a Canadian sledge hockey gold medalist, knows first-hand the added expenses that come from a physical impairment. Rosen, who is an above-the-knee amputee, requires special prosthetics that are very costly.

As Canada's starting goalie in three consecutive Paralympic Games, Rosen was on top of the world after winning gold in Torino in 2006. However, Rosen and Team Canada did not medal on home ice and he retired after the 2010 Vancouver Games.

As a world-class athlete and amputee for over a decade, Rosen, like many eligible and deserving Canadians, had never heard of the DTC. Once Rosen knew about the DTC, he was too overwhelmed with day-to-day life to even begin to apply or deal with the intimidating tax office.

Canadians Are Unaware They Qualify

The complicated application process has been cited as a main reason why claimants have not been able to access the credit. However, due to a lack of widespread knowledge regarding the credit, many are misinformed about the criteria required to be eligible.

Some applicants have stated that they didn't think they were disabled enough to claim, while others have been told they are ineligible by those not qualified to make that assessment.

If a qualified medical or health care professional certifies that you have a severe and prolonged mental or physical impairment which markedly restricts the ability to perform a basic activity of daily living, then a disability amount may be claimed.

Many challenging physical and mental health disabilities may qualify for tax relief. Depression, anxiety, addiction and learning disorders will qualify for DTC support.

Seniors may qualify, as well as those living with ADD, IBS, Crohn's disease and other emotional challenges. An individual who has a hard-to-define but difficult to live with disability may qualify, but likely be unaware that DTC assistance is available to make their financial lives easier.

The recently elected Canadian Prime Minister, Justin Trudeau, has touted a national move toward inclusion and transparency that promises to give veterans and the disabled an equally valuable role in drafting legislation, advising about the health care system and voicing concerns about the quality of life in Canada.

In addition, there are a variety of companies in Canada that have established themselves to help disabled Canadians successfully apply for the DTC. These businesses serve a fundamental role in helping claimants access funds.

As for Paul Rosen? He asked for professional guidance to get his DTC. He credits this support, when he needed it most, for turning his life around after retiring from sport.

Rosen has now given over 1,000 motivational speeches across Canada. He is so thankful to the company that helped him that he now serves as The National Benefit Authority's official ambassador.

Rosen is driven to make life easier for those with disabilities and aims to bring awareness to the over half a million eligible Canadians who are currently not receiving the DTC support they deserve.

The annual billion dollar DTC funds are retroactive for ten years and are helping Canadians with disabilities get the devices, treatments and care they need. With tax season upon us, ensure you are getting all the credits you deserve and qualify for.