Francisco Illarramendi often called on Moris Beracha when he needed an infusion of cash.

The Venezuelan-born Illarramendi was a manager of a Connecticut-based investment advisory firm. Beracha was a Venezuelan financier close to the Hugo Chavez government who, a lawsuit against him claims, could produce multi-million-dollar advances of cash with relative ease — for the right price.

On Nov. 2, 2007, Beracha emailed Illarramendi instructions to deposit more than $10 million — Beracha’s share of profits from a transaction — into three HSBC bank accounts in Switzerland, via an HSBC account in New York.

“Dude, I am your biggest producer hahahahaha,” Beracha wrote in Spanish before he sent the message off to Illarramendi.

A pair of lawsuits in U.S. federal court claim the two men were at the center of a half-billion-dollar Ponzi scheme that shuffled investor money among a maze of offshore companies, hedge funds and bank accounts stretching from the Cayman Islands to Switzerland and Panama, smoothing the way by funneling bribes to officials in Venezuela.

The scheme collapsed in 2011, causing losses of hundreds of millions to investors, including a member of one of Latin America’s richest families. According to court documents, the Ponzi scheme also ate up part of the pension fund of Venezuela’s government-owned oil company, Petroleos de Venezuela, or PDVSA, a piggy bank for Chavez’ socialist revolution.

Some of the companies used in the scheme are included in a cache of 2.5 million secret offshore files obtained by the International Consortium of Investigative Journalists.

Illarramendi pleaded guilty to criminal charges in 2011. John J. Carney, a receiver appointed by a U.S. judge to clean up the Ponzi mess, is pursuing a lawsuit that accuses Beracha of providing “the money or access to money that kept Illarramendi and his scheme afloat.”

Beracha has not been charged criminally in the U.S. He asserts that he was not part of the scheme but one of Illarramendi’s victims.

Carney claims it was Beracha, with his network of contacts among the rich and powerful in Venezuela, who helped Illarramendi keep the fraud going. He alleges in the lawsuit that Beracha injected fresh money into the scheme in return for “exorbitant fees and kickbacks.” Illarramendi and Beracha, Carney claims, made more than $170 million in fraudulent transfers via a web of offshore companies.

Beracha, who owns a brokerage business and a mobile phone company that operates throughout Latin America, strenuously denies wrongdoing and says he is entitled to the return of $140 million. “I never knew that Illarramendi was defrauding anybody until it became public,” Beracha wrote to ICIJ in Spanish.

In 2008, Beracha was an advisor to Rafael Isea, then Venezuela’s minister of finance. Isea served for years as one of Hugo Chavez’s closest deputies.

The secrecy provided by offshore middlemen creates the perfect environment for fraud — and, especially, Ponzi schemes.

Fraud experts say big Ponzi schemes usually include offshore elements — bank accounts and companies in overseas hideaways that allow financial criminals to obscure the origins and destinations of the huge sums of cash needed to keep their schemes going.

“Very rarely do you have one that does not” include offshore companies or accounts, says Michael I. Goldberg of Fort Lauderdale, Fla., an attorney who often testifies as an expert on Ponzi schemes. “If you don’t, it’s usually a very parochial, Podunk type of Ponzi. But the more sophisticated ones almost always do.”

Allen Stanford’s $7 billion fraud, for example, was run through a bank he controlled in Antigua. Bernard Madoff used a series of offshore “feeder funds” to fuel the growth of his $65 billion house of cards.

In the Illarramendi Ponzi case, three hedge funds alleged to be at the core of the fraud were based in the Cayman Islands.

In addition, Carney alleges that the BVI companies controlled by Beracha received millions in payment for “no work, service or value.”

In a written court declaration, Beracha claims he had disposed of any majority stake in the four BVI companies well before Illarramendi’s crimes came to light.

But Carney says that Beracha used the companies to channel money from the fees and interest — annual loan rates of 80 percent were not uncommon — that he charged Illarramendi in return for funneling cash into his money-losing hedge funds. Bribes to pay the PDVSA pension manager were also routed through Beracha’s offshore companies, according to Carney’s court filings.

On March 22, 2007, nearly $12 million in money for bribes was transferred to one of the BVI entities, Northwestern Ltd, as well as two other companies controlled by Beracha, according to the receiver’s complaint. In one email exchange later that year, Beracha and Illarramendi discussed a payment of more than $7 million for “black.” Then Beracha wrote: “I will give you the instructions for the new account I am opening for him at hsbc,” according to an affidavit filed by the receiver in court. 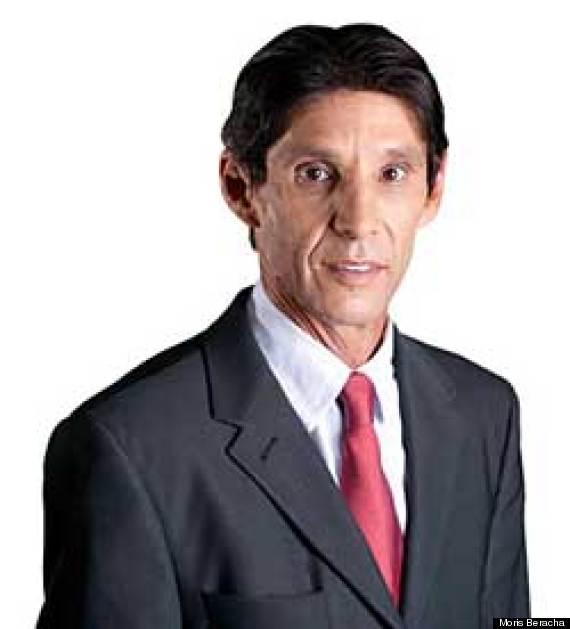 A lawyer for Montes, Elliot Greenfield, did not return emails and calls from ICIJ seeking comment on the allegations against his client.

In 2008, another one of Beracha’s BVI entities, Brave Spirit, received more than $3.6 million from one of Illarramendi’s funds “in exchange for absolutely nothing,” the receiver alleges. Internal records from CTL, Brave Spirit’s registered agent, indicate that Moris Beracha and four other persons who share the name Beracha were shareholders of Brave Spirit at the time. Moris Beracha owned a fifty-percent stake and was the sole director of the company, according to the records.

“I don’t own or participate in any company with that name,” Beracha wrote to ICIJ.

Beracha once told Illarramendi in an email that they were “a team.” But in the heat of shuffling large amounts of money around the world, things sometimes got tense between the men. Like when money transfers got delayed.

“Dude, you have me up sh-t’s creek too much responsibility for me. Really send them like you are telling me but pull the trigger. It’s mucho real papa,” Beracha wrote in Spanish in a Dec. 4, 2007, email to Illarramendi.

“We already know that doing this takes time and that we don’t like to send out multiple transfers on the same day,” answered Illarramendi. “We can’t drive ourselves crazy because the roads get cut off my friend.” 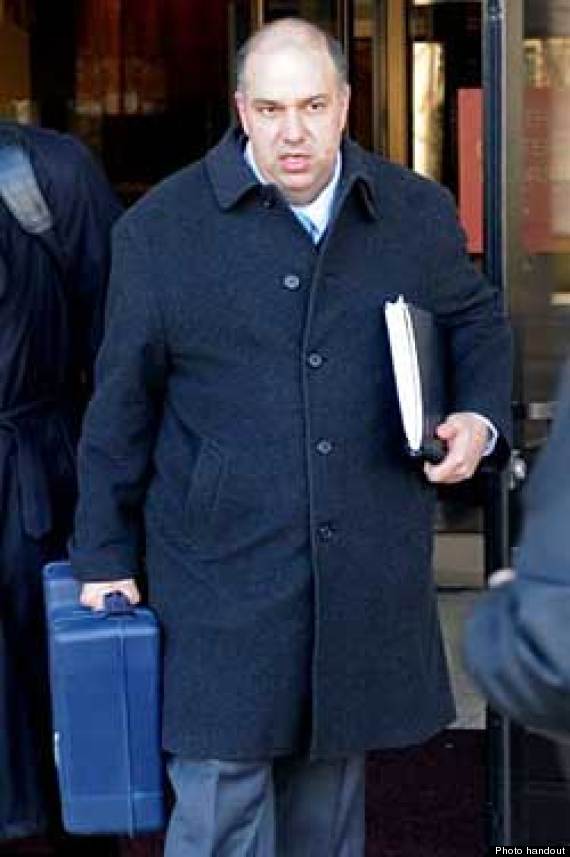 From that point on the hole continued to grow as Illarramendi, a former Credit Suisse banker, “played a shell game” with investors’ funds to try to pay debts and conceal the losses, according to court filings.

Court documents show that an early investor in the Illarramendi’s offshore hedge funds was Venezuelan millionaire Oswaldo Cisneros, who owns one of the largest telecommunications companies in the country. His cousin, Gustavo Cisneros, together with other family members, has built a fortune that Forbes estimates at $4.2 billion, including interests in television stations, a brewery and a baseball team.

Documents filed in court by Oswaldo Cisneros’ lawyers and associates show that the Venezuelan businessman invested around $117 million in the Illarramendi offshore funds.

In 2004, a company linked to Oswaldo Cisneros was co-manager of one of the offshore hedge funds later used in the scheme, Highview Point Offshore Fund, created by Illarramendi and two business partners in the Cayman Islands. An affidavit filed by the receiver indicates that Cisneros did this for “tax reasons” and that Illarramendi and the others had exclusive authority to execute trades.

A lawyer for Cisneros, Laurence Curran, said his client cannot comment because court proceedings are ongoing.

In March 2011, Illarramendi pleaded guilty to four counts of wire fraud, securities fraud, investment adviser fraud and conspiracy to obstruct justice. Two months later the SEC announced that it had recovered $230 million of investors’ money from a bank account in The Netherlands.

Investors quickly lined up to claim their money from the receiver, who is still searching for money that vanished in the scheme.

It’s often a game of cat and mouse. When the receiver’s lawyers tried to serve notice of the lawsuit to Beracha’s companies in the BVI, they found that the firms apparently didn’t exist anymore or had been transferred to other offshore jurisdictions. CTL, the BVI registered agent, told the receiver it can’t accept court papers for companies it no longer represents.

Jonathan New, a New York attorney and former federal prosecutor who is working on behalf of the receiver, says there are often many layers of intermediaries between a company and its real owners. “You end up,” he says, “with almost like a Russian doll situation trying to figure out where ultimately this ends up.”

ICIJ contacted the Panamanian middleman who helped Beracha incorporate his companies through CTL in the BVI. Dani Kuzniecky, a well-connected lawyer and former comptroller general of Panama, declined to comment, citing confidentiality and legal issues.

Meanwhile, Beracha’s lawyers are fighting his case in U.S. courts, pushing to have the case moved to Venezuela, where an investigation by Venezuela’s Congress found all government officials accused in the Illarramendi case innocent.

Beracha now lives in the Dominican Republic. He says he has been blackmailed in Venezuela.

“I am a victim of Illarramendi’s fraud,” he wrote in an email to an ICIJ reporter. In written responses sent later through a PR firm he said, instead, that he was a victim of a prosecution against Illarramendi in which “I have been implicated without any legal basis.”

After the Illarramendi case was uncovered, the Chavez government said it would cover any losses suffered by the 25,000 PDVSA pensioners. The president of the association of pensioners, César Delgado, told ICIJ that the retirees have continued receiving their pensions normally. But a group of pensioners sent a letter to the U.S. Attorney’s Office of the District of Connecticut in October 2012 saying that they had suffered financial harm from Illarramendi’s scheme and had not been able “to obtain redress” from PDVSA.

Rafael Ramírez, Venezuela’s minister of oil and mining, did not respond to requests for comment.

Illarramendi did not respond to calls and emails from ICIJ seeking comment. His father, Ramon Illarramendi, said in an email that his son is bound to silence as part of a confidentiality agreement reached with the SEC during his plea negotiations.

However, he added, “both the U.S. Attorney's Office and the SEC have blatantly ignored such an agreement, creating a cloud of repetitive and self-propagating disinformation.My son never pled guilty to running a Ponzi scheme — the term isn't even mentioned in his guilty plea nor in the transcript of the hearing. His attorneys have demonstrated that there was no such thing, and yet that is what every headline has been calling it for the past two years."

In a court filing, Francisco Illaramendi said that he had been extorted on multiple occasions and forced to pay out millions to Venezuelan government officials, which resulted in losses for the hedge funds he administered. “My life and the lives of my family were threatened with bodily harm if certain payments were not made to Venezuelan officials or their alleged intermediaries,” Illarramendi wrote.

Illarramendi has been in a prison in Rhode Island since late January awaiting sentencing.

As for Cisneros, the Venezuelan millionaire, he is fighting in court to get his money back. His name is deeply buried in court filings. Like most other characters in this story, Cisneros sits behind secretive offshore companies, including a Panamanian firm that is claiming $20 million from the receiver.

Contributors to this story: Francisca Skoknic and Michael Hudson