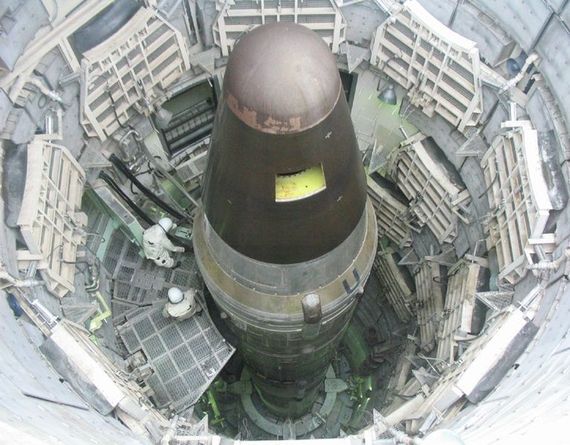 Like so many Americans this time of year, I am thinking about where my federal tax dollars are going. Are they going to the needs in my community -- education, hospitals, roads, bridges and job training -- or are they going to weapons and wars?

As a state legislator, I prioritize spending on the programs that keep our community safe and grow our economy. Federal lawmakers should do the same. Recently, I joined nearly 300 women state legislators around the country in signing a letter urging Congress to ensure programs that strengthen our communities are adequately funded, and that waste and excess in the Pentagon budget is scrutinized and reduced.

My constituents, and all Ohioans, work hard to keep roofs over their heads and feed their families. Their hard-earned, finite tax dollars should be prioritized to meet the needs of our community. It is time for Congress to work hard and carefully scrutinize how our tax dollars are spent as they craft next year's budget.

At the federal level, the Pentagon budget, including nuclear weapons and wars, continues to receive more than half of the nation's discretionary budget. Such a large Pentagon budget comes at the expense of a variety of other needed programs and investments in education, infrastructure, healthcare, veterans' care, energy development, environmental protection and much more.

Pulling back from these investments weakens America's economic strength and competitiveness. Economists from the University of Massachusetts have shown that federal investments in non-defense sectors like education, healthcare and clean energy create more jobs than equal investments in the military sector.

Several areas of the Pentagon budget are particularly ripe for reform. First, poor accounting and budget practices waste enormous sums of money. We do not know the exact number because, unlike every other federal agency, the Pentagon's books have never been audited. Second, Pentagon dollars are drained by weapons systems that are outdated, unworkable or beset by cost overruns.

At present, we are on track to spend nearly one trillion dollars in the next three decades to modernize the current nuclear weapons arsenal. That kind of spending clearly is not affordable without sacrifices in other areas. Instead, we must be sure to invest in the needs of our brave men and women in uniform and our veterans, while strategically addressing 21st century security threats.

Finally, the Pentagon must cease relying inappropriately on the "Overseas Contingency Operations" war spending account. While the President proposed $51 billion for this war-spending slush fund, Congress aims to add more, raising this account to $90 billion. Not only is this war spending account immune to the congressionally agreed-to budget caps, but the Pentagon has been using this account to fund some of its regular programs! The Department of Defense cannot continue its lackluster fiscal management and reliance on budget gimmicks to avoid making the same hard decisions that other federal agencies and states must make.

As a state legislator, I want what is best for my constituents, our communities and our state. In signing the letter to Congress, I proudly joined hundreds of women state legislators to urge investment of our limited federal dollars in sectors that will create productive jobs and help our economy grow for years to come. We need clear priorities for our spending that reflect what we care about. Let us not regret in the years to come the foundation that we are laying today.