Our grandmother's improvised with ripped pantyhose, pipe cleaners and old rags to get glamorous finger waves. And when done right, their hair didn't budge. While we love the perfectly coiffed 'do, we prefer a softer look.

Celebrity hairstylist and Allure Insider Serge Normant agreed with us when he created "glamorous but contemporary" finger waves for Taylor Schilling's Allure July 2014 cover look. The biggest difference between this take and the retro hairstyle? Lots of manipulation.

Normant applied a mist moisturizer (we recommend: Wella Thermal Image Heat Protection Spray) to the actress' damp hair before blow-drying. Then he used a curling iron to form waves, opting to leave the ends straight. Before pinning Schilling's hair to set the style, Normant brushed her locks.

To finish, he removed the hair pins, combed through the waves (so Normant manipulated the curls twice) and smoothed on dry oil for added shine.

Check out Taylor Schilling's beautiful Allure cover below and try out her modern finger waves at home! 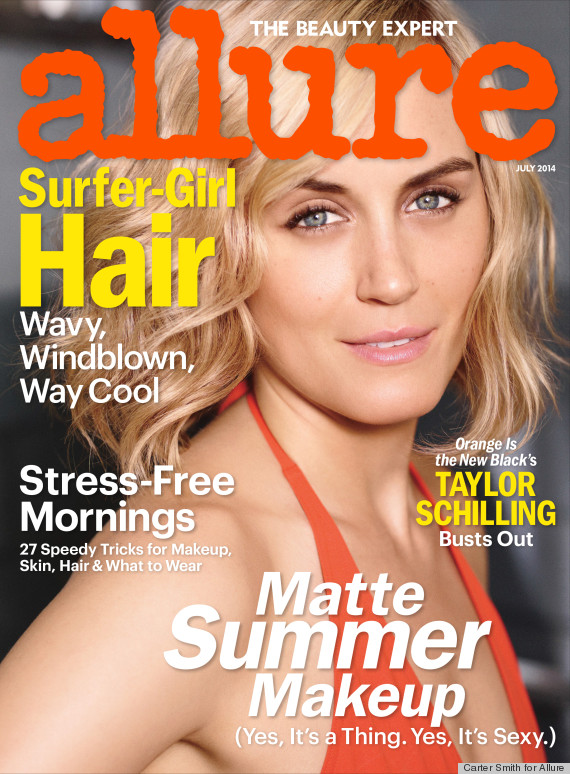 The July 2014 issue of Allure hits newsstands on June 30. Head over to Allure.com for more from Taylor Schilling's shoot.