Christopher Rosen: What's that, Jess? I can't hear you because I'm listening to "1989."

JG: Oh, brb, I just need to restart "Style" before we get into this, because that's the song that plays when I walk into a room from now on.

CR: We could really do this all day -- "I'm going to get my hair done up real big beauty queen style and listen to 'Wildest Dreams.' Gotta run!" -- but how about we get into what makes this the best pop album of the year? Or is that it? Every one of these songs provides a reaction on a gut level. 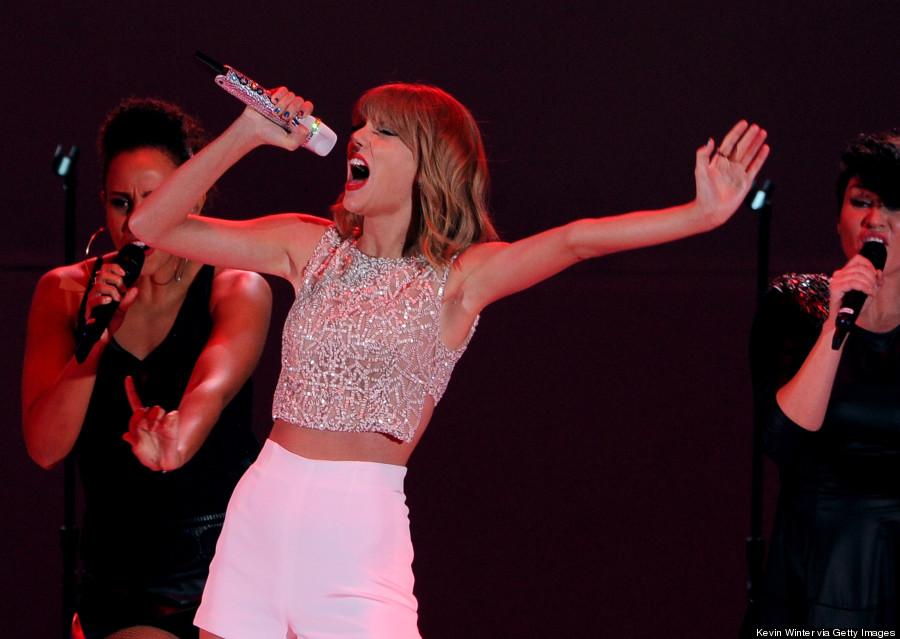 JG: I'm absolutely in the "best pop album of the year" camp. You're right. When you listen to each song, it's like either your heart hurts (classic Taylor), you want to build a dance floor under a pillow fort or learn all the lyrics immediately so you can bring these songs to karaoke. People keep talking about how she's left country behind and that they miss old Taylor, with songs that came straight from a diary. But, these new songs are just straight up jammers. She could have released "Style," "Blank Space" or "All You Had to Do Was Stay" as first singles. That, to me, is the progression of an artist. She's one of the best songwriters our generation has.

CR: She could have called this album "Bangerz" -- sorry, Miley -- and the title would have been accurate (he wrote, listening to "How You Get the Girl" and dancing in his chair). But I'm glad you brought up the country thing. That's going to be what people criticize this one for: "It's not the same!" And yet, I think that's the greatest trick Taylor ever pulled: I'd argue she basically stopped being country on "Speak Now," and completely abandoned that idea on "Red." This idea that she's "finally" made a pop record is expert narrative building. It's like Jon Caramanica wrote in his "1989" review aka our Rosetta Stone: Taylor Swift is able to make people believe she's an underdog, and the "going pop" thing is just part of that story.

JG: She's also #blesssed to be in an interesting time for female pop stars. She's doing something so different than the other heavy hitters: Katy Perry, Miley and Beyonce (I would also argue Nicki Minaj). All of these women do incredible things for music and, yes, feminism. But Taylor, in a way, has transcended the classic idea of a "pop star." It's impossible to ignore her celebrity profile in this case. She's the one who stays home, bakes cookies, presses flowers and has well-documented friendships with Lena Dunham, Lorde and Karlie Kloss. She's a brand that's built for longevity. It's also impossible to talk about this album without mentioning the literal brands. "Style" was used to market Target, "How You Get the Girl" for Diet Coke and NYC just made her the ambassador for tourism (ahem, "Welcome to New York"). Girl's getting PAID. 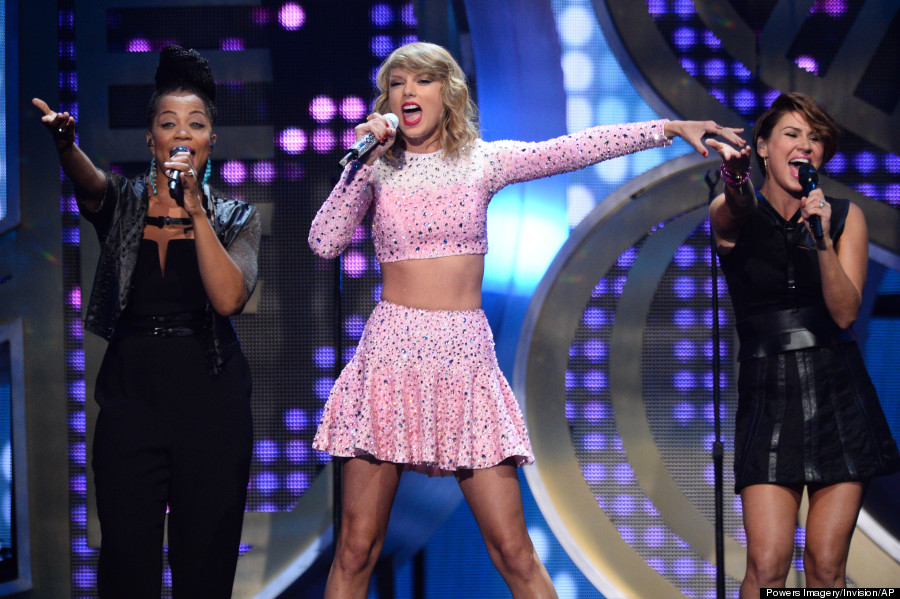 CR: Taylor Swift, bringing sponsored content to music since 2012. (Can we find the bonus tracks she added to "1989" for Target online? Asking for a friend who is me.) But Swift is doing everything kind of right: You look at Miley and Katy -- her two biggest contemporaries, I guess, in the Top-40 landscape -- and she's just outmaneuvering them on a host of different levels. Her sound is both appropriate for kids and actual adults. She's the singer your mom, dad, brother and baby cousin can all agree on. In that way, and with how she's affixed herself to Dunham and Lorde, Taylor does feel closer to Beyoncé than anyone else in pop music right now (even if her album release is about as opposite as it can be from Beyoncé's self-titled surprise). It's not that "1989" is timeless -- it's anything but; the time is right there in the title -- but that Taylor's brand will work as a 25-year-old pop star and, someday, as a 45-year-old icon. But before we turn this into a think piece, let's go back to the record itself. I'm obsessed already and it's only been officially out for 12 hours. Can you even pick a favorite? Do you even want to?

JG: "Style," for me, comes out on top every time. I always skip through "Shake It Off" because I'm a grown woman and I don't have to listen to a song I don't really like. That's still the album's weak spot. I would have loved to be a fly on the wall of the conference room where it was decided that would be the first single. Other highlights: "Blank Space," because we're all nightmares dressed as daydreams, and "Bad Blood." That hook would survive the Hunger Games.

CR: "Shake It Off" is truly terrible. It belongs on a Katy Perry album, and this is coming from a Katy Perry fan. But it might have the best message for dealing with those poor souls who dislike "1989": Haters gonna hate (hate hate hate hate hate hate). And they can! But I'll be listening to this for literal weeks.

JG: By the way, as we were doing this, it was just announced that Taylor would headline New Year's Rockin' Eve. This is Taylor's (capitalist) world and we just dance around in it?