Taylor Swift might have used one of music's biggest stages to diss Harry Styles in a very public way.

On Sunday night, the 23-year-old singer took to the stage at the 2013 Grammy Awards to open the show with her hit single, "We Are Never Ever Getting Back Together." Curiosity piqued when Swift appeared to use a mock British accent during a spoken portion of the song, taking a possible swing at her U.K. boy-bander ex, Styles, notes Us Weekly.

"So he calls me up and he's like, 'I still love you,' and I'm like, 'I'm sorry, I'm busy opening up the Grammys,'" Swift said with an English accent during her "Alice In Wonderland" themed performance.

Twitter went crazy with speculation over Swift's apparent dig, according to CBS News.

Did Taylor swift just do an English accent ?

Did we detect a Harry Styles-esque British accent during Taylor Swift's "We Are Never Ever Getting Back Together" monologue? #Grammys2013

Swift and 19-year-old Styles split shortly after the holidays. The end of their two-month fling reportedly came after a "blow up" fight went down while they were vacationing in the British Virgin Islands in January.

If rumors as to what caused the split are true, then it might be understandable why the "Red" singer would want to diss the One Direction heartthrob in such a public manner.

One report claims Styles may have cheated on Swift during their short-lived romance.

“She thought he was cheating on her when they were apart over the holidays so she ended it, telling him she couldn’t be in a relationship with someone like that," a source told RadarOnline. The source continued, "His reputation precedes him and it’s hard to believe Taylor will ever be able to fully trust Harry because the ladies just throw themselves at him and he does nothing to temper that." 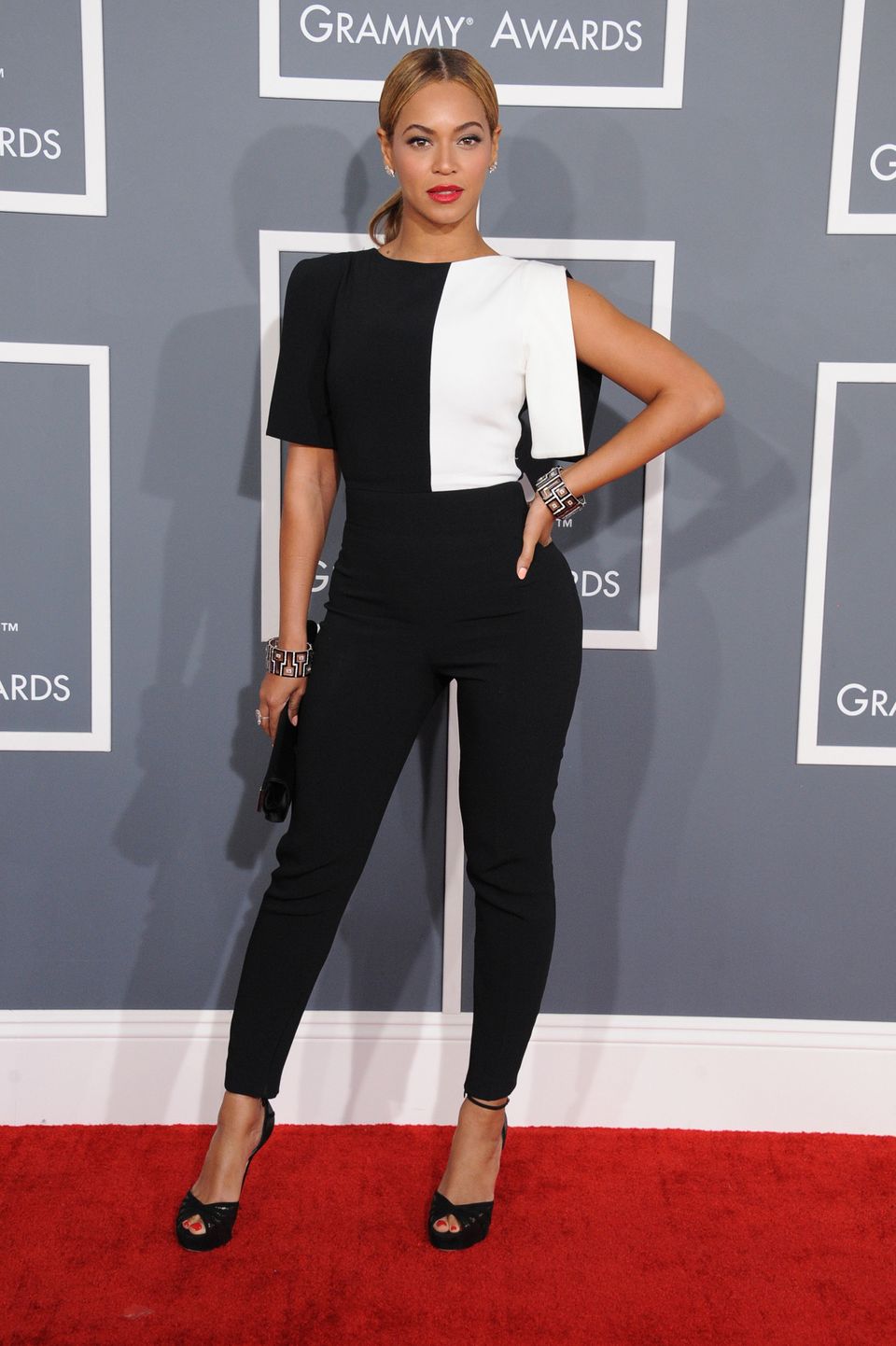 1 / 9
Beyoncé In OSMAN by Osman Yousefzada
<a href="https://www.huffpost.com/entry/beyonce-grammys-pants-2013-photos_n_2585984">Queen Bey is on a best-dressed rampage these days</a>, and we can't wait to see what she does next. We love that she's experimenting with lesser-known designers and unexpected shapes (hello, jumpsuit!). The graphic black and white calls attention to her shapely arms, while those sleek pants show off her killer curves.
WireImage