One Florida girl just took T-Swift fandom to the next level. Nadia Afkhami recreated every Polaroid from Taylor Swift's "1989" album. It's literally spot on. 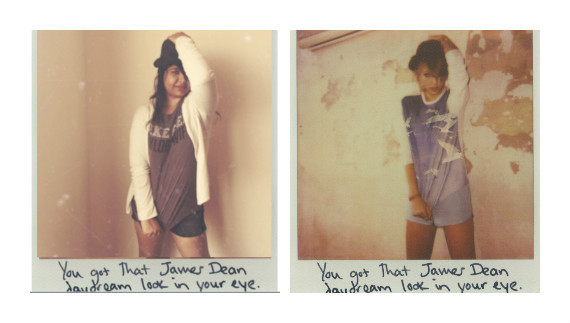 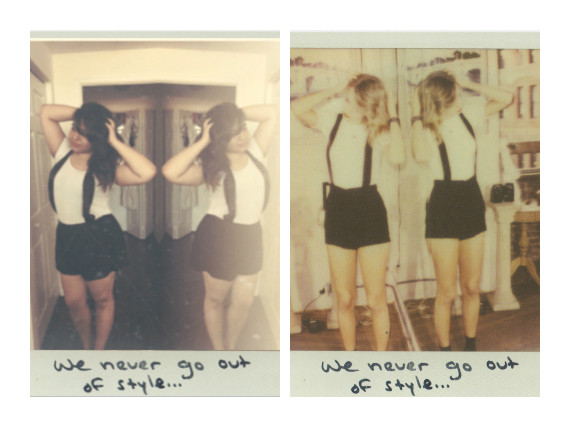 After Nadia posted the photos on her Tumblr, nitemaredressedlikeadaydream.tumblr.com, T-Swift replied with some major Internet

Tay posted a note to Nadia on Tumblr, and it's just as sweet as can be:

After she won Tay's heart, the inevitable Internet bullies came a-trolling. In an email to The Huffington Post, Nadia explained that she started receiving hurtful comments about her photos. So, Nadia stood up to the haters -- the T-Swift way. She wrote on Tumblr:

"Some people commented on the articles that the pictures are the “fat Taylor version” LOL. I mean yea obviously! I will never have Taylor’s body type. And that’s ok. Creativity and beauty don’t have a size. Y’all be any size you want! Haters gonna hate hate hate hate hate." 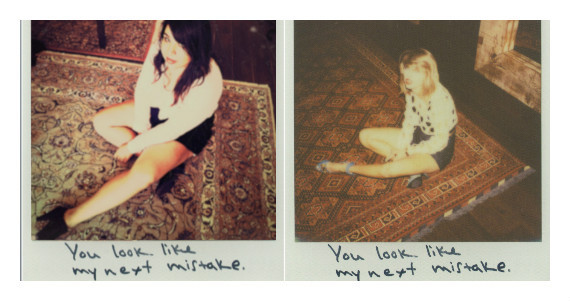 Scroll down to see a few more of Nadia's pictures, and check out the rest on her Tumblr. 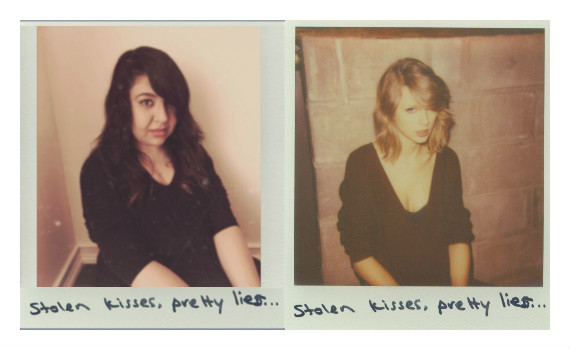 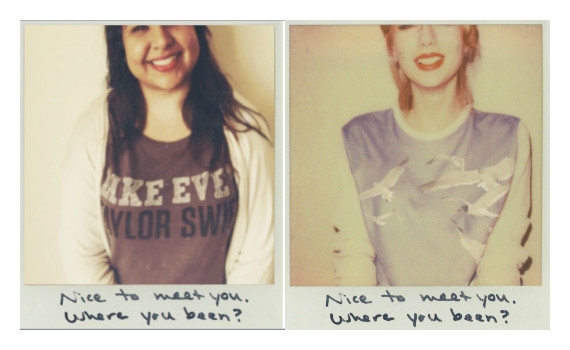 "Lose Yourself"
At 17, Taylor Swift attempted to cover Eminem's "Lose Yourself" live on "The Danger Show" in 2006.
"Thug Story" ft. T-Pain
This Auto-tuned collaboration between Swift and T-Pain was a skit for the 2009 CMT Music Awards that poked fun at Swift's good-girl image. She called herself T-Swizzle, and it was actually kind of adorable.
"Super Bass"
Taylor Swift rapped a verse of Nicki Minaj's "Super Bass" while stopping by Nashville radio station 107.5 The River in 2011.
Advertisement
"Lose Yourself"
Taylor tried "Lose Yourself" again at her Grand Rapids, Michigan, show in 2011.
"Shake It Off"
And, of course, Taylor's latest attempt ...