Taylor Swift looked like her shiny, sparkly self while walking the 2012 Grammy red carpet. The Grammy winner (and this month's Vogue covergirl) was all high-fashion, sporting a Zuhair Murad gown, Prada shoes and jewels by Neil Lane.

But when she hit the stage, performing "Mean," she channeled another vibe entirely. Grasping a banjo and singing alongside a group of ragtag bandmates, Taylor looked shabby-chic... minus the chic. Her drapey dress was a washed-out floral print and her backup players looked like they had been pulled from the set of a Great Depression period film.

At least, those were our first reactions. But folks on Twitter had a few more clever comparisons. Check out our favorites below and offer your best quips in the comments section. 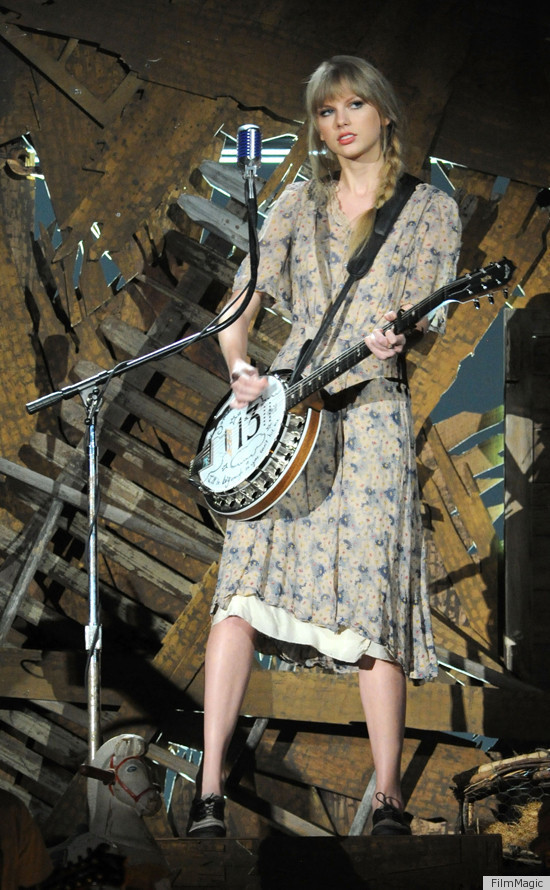