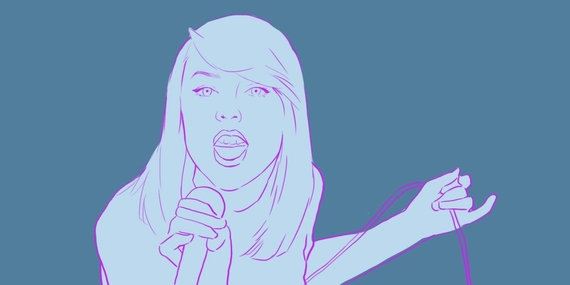 If the Internet were high school, Taylor Swift would be the most popular girl in your grade. In addition to her enormous 65 million Twitter followers, she's amassed another 51.7 million fans on Instagram, who obsessively comment and fav the singer's frequent photos of concerts and Sunday Fundays with her ever-expanding friend group.

This might sound like Heathers for the social media era, but for one of the most famous women on the planet, playing the popularity game is good business. Being the most-followed woman on Instagram has also made her one of top-earning celebrities in the world, raking in an estimated $80 million in 2015. The only woman who raked in more money last year was fellow pop singer Katy Perry, who ranks as the most-followed person on Twitter. Perry is set to pull in $135 million this year.

Guardian writer Jessica Valenti once argued that when it comes to successful women, "she ... with the most likes wins," and there's no more clear indication of that than the clear correlation between a famous woman's social media following and her earnings. But the problem with amassing likes as a business model--like a human click aggregator--is that, for women, likability is like quicksand: What seems like a stable place to stand one day can rapidly erode the next day, pulling you down with it.

For women like Taylor Swift, the pressures of being liked en masse mean that you have to be all things to all people--a little bit country, a little bit rock 'n roll, and a little bit focus grouped for maximum consumption. For those who became fans of Swift during her early pop-country days as a Nashville ingenue, singing bashful ballads about Tim McGraw, she has to prove herself a Red State sweetheart at her core. For those counting on the converted feminist to uphold her Lena Dunham-approved values, she has to flawlessly assert her intersectional social justice cred, forever ready with the "perfect" response to the music industry's many -ism problems.

But what does "perfect" mean when you have so many social media masters to serve? Take a recent statement from Taylor Swift that's currently being picked apart online. In an interview with GQ, the singer seems to "backpedal" (as Slate's Christina Cauterucci claims) on previous comments made about her No. 1 hit "Bad Blood," which she insinuated was about her broken friendship with the aforementioned Perry. Swift insists, that contrary to popular belief, the original Rolling Stone interview that started this theory has been misinterpreted. She clarifies:

You're in a Rolling Stone interview, and the writer says, "Who is that song about? That sounds like a really intense moment from your life." And you sit there, and you know you're on good terms with your ex-boyfriend, and you don't want him--or his family--to think you're firing shots at him. So you say, "That was about losing a friend." And that's basically all you say. But then people cryptically tweet about what you meant. I never said anything that would point a finger in the specific direction of one specific person, and I can sleep at night knowing that. I knew the song would be assigned to a person, and the easiest mark was someone who I didn't want to be labeled with this song.

But just as quickly as she appears to squash a persistent piece of Internet gossip, Swift strikes a different tune entirely: "[I]f you'd listened to my previous four albums, you would think this was about a guy who broke my heart. And nothing could be further from the truth. It was important to show that losing friendships can be just as damaging to a person as losing a romantic relationship." If you got lost, that's understandable. Allow me to help: This means that "Bad Blood" both is definitely, absolutely about Katy Perry but, like, totally not at all.

So is Taylor Swift beefing with Katy Perry or is everything cool? I bet she hardly even knows anymore. But whether the song is or is not a dig at Swift's proto-squad member is less important than the reason behind this blatant contradiction: It amounts to a rather inartful piece of code-switching. In a piece for NPR, Matt Thompson explains that code-switching--the act of shifting between different kinds of speech in daily life--can be an act of "fitting in." Thompson writes, "Very often, people code-switch--both consciously and unconsciously--to act or talk more like those around them."

Code switching is a matter of appealing to different audiences at different times, in order to become more palatable; it helps meet expectations of whomever the intended listener thinks they should be. If Taylor Swift hopes to appeal to those who want her to be a badass who takes no shit from anyone, she's definitely beefing with [an unnamed female celebrity]. But if you like your T-Swift sweet and scorned, then it's totally about some dude.

But when it comes to code-switching while female, Swift is hardly alone. Hillary Clinton, in particular, has drawn criticism for adopting a "fake" Southern drawl when speaking to prospective voters in the Bible belt, called "downright disrespectful and a bit condescending." These are frequent criticisms of Clinton's image, like after her recent decision to seem more "real" in appearances, but there's no such thing as "real" in the public eye; it's all a matter of deciding which version of real you need to be right now.

If listening to Hillary Clinton try to sound down-to-earth and relatable to your average Louisianan is confusing, it's even moreso for those who are expected to code-switch flawlessly. (After all, you only notice that Clinton or Swift are playing the game when they slip up, allowing you to accidentally see the strings pulling them.) I can't speak for Taylor Swift, but I imagine it's all pretty hard to keep up with--especially while managing the rest of a multi-million dollar empire. Most successful CEOs just have to worry about selling a product; Swift has to worry about selling herself--when what that means is different to everyone.

In building her empire, Taylor Swift has tentatively embraced her own multitudes. In the video for "You Belong With Me," Swift appears as both the bratty popular girl and the outsider begging for a kiss from the cute boy next door--who happens to be pining for her, too. "Bad Blood" allows her to play a crimson-coiffed superhero controlling her own legion of leather-clad divas. During "Shake It Off," the singer appears as a ballet dancer, a ribbon twirler, a cheerleader, a hip-hop artist, and what appears to be a beatnik attending a sock hop.

The latter tune seems to advise her female listeners that when it comes to people's myriad expectations of you, it's best to let go and do you. But as Swift herself shows, when you have to worry about being "liked" in order to stay on top, the reality isn't so simple. Nico Lang is the Opinion Editor for the Daily Dot.

A version of this story originally appeared on the Daily Dot.

Taylor Swift, Hillary Clinton, and the Business of Being 'Liked'
Most Naked Celebrity Instagram Photos 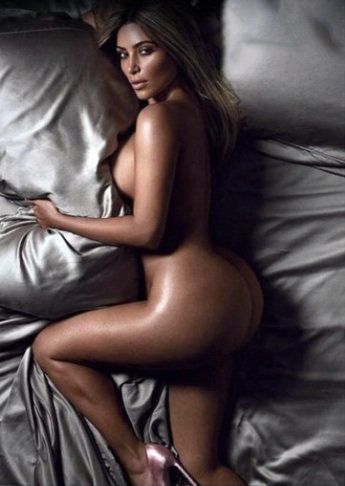