Nasty Gal has gotten itself into a pretty nasty mess.

The brand quickly deleted an Instagram Sunday after claiming Taylor Swift, who wore Balmain to the 2015 Billboard Music Awards, was wearing its nearly identical Frisco Inferno Knit Cutout Jumpsuit (which can be purchased in the few sizes left for $78 here.)

Nasty Gal is no stranger to copycat accusations. In fact, Amoruso herself has previously been caught in a back and forth with an Etsy seller who claimed her design had been ripped off. Nasty Gal's former CEO responded with some choice words: "Congrats, you've been knocked off. It's a rite of passage." 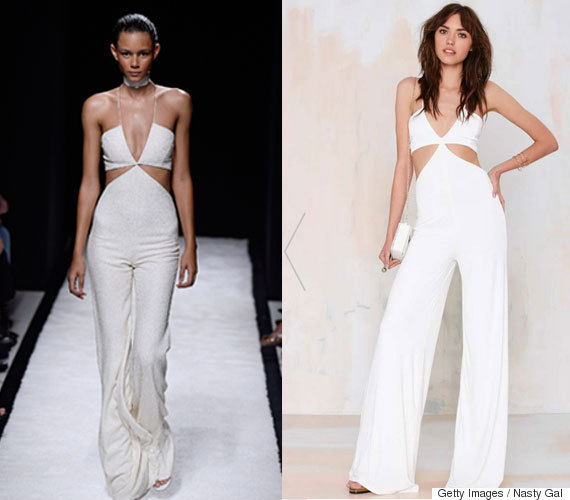 Olivier Rousteing, creative director at Balmain, hardly needs the publicity. Just ask one of the many other celebs who wore his designs on the red carpet that night.
Still, It wouldn't be a total shock to see Swift in Nasty Gal, after all, she is pretty much the epitome of a "Girl Boss."

Nasty Gal did not return a request for comment by time of publication.