You should not attempt to break into Taylor Swift's New York apartment.

First, because it's wrong, but more importantly because you'd simply be contributing to an already overwhelming sense of paranoia that apparently consumes the 24-year-old superstar. Also, it sounds like trying to break in would be a pretty futile experience, according to her most recent Rolling Stone cover story.

Swift reportedly bought the Tribeca apartment for about $15 million, but Rolling Stone reveals that she spent another $5 million for the unit across the hall, where she houses her security team. So you know she's sleeping safe and sound.

Strangely, security seems to be one of the major themes of the story, as she tells Rolling Stone writer Josh Eells about the intense secrecy involved in shooting the video for her hit song "Shake It Off."

"Don't even get me started on wiretaps. It's not a good thing for me to talk about socially. I freak out," Swift says in all seriousness, before wondering if the janitor is a mole being paid to spy on her by TMZ.

The article is littered with references to Swift's paranoid state. Eells writes that "despite the DEFCON-3 level of security, in a lot of ways Swift has never felt more free." That sense of freedom comes from her new album "1989," living in New York and putting her dating life on hold -- in fact, she says she hasn't gone on a date since she broke up with Harry Styles a year and a half ago. While her romantic life is no longer taking center stage, it doesn't mean the boys aren't interested.

"Seventy percent of the time, when a guy asks me out, it'll just be a random e-mail," she says. Some movie star will get her address from his publicist and e-mail her cold. Usually she politely rebuffs them – but even if someone did penetrate that line of defense, building a relationship is hard.

There's that and she told the magazine she feels like the public started treating her dating life as some sort of "national pastime," and she's "just not comfortable providing that kind of entertainment anymore. I don't like seeing slideshows of guys I've apparently dated. I don't like giving comedians the opportunity to make jokes about me at awards shows. I don't like it when headlines read 'Careful, Bro, She'll Write a Song About You,' because it trivializes my work. And most of all, I don't like how all these factors add up to build the pressure so high in a new relationship that it gets snuffed out before it even has a chance to start. And so," she told the magazine, "I just don't date."

For much more with Taylor Swift, head over to Rolling Stone. 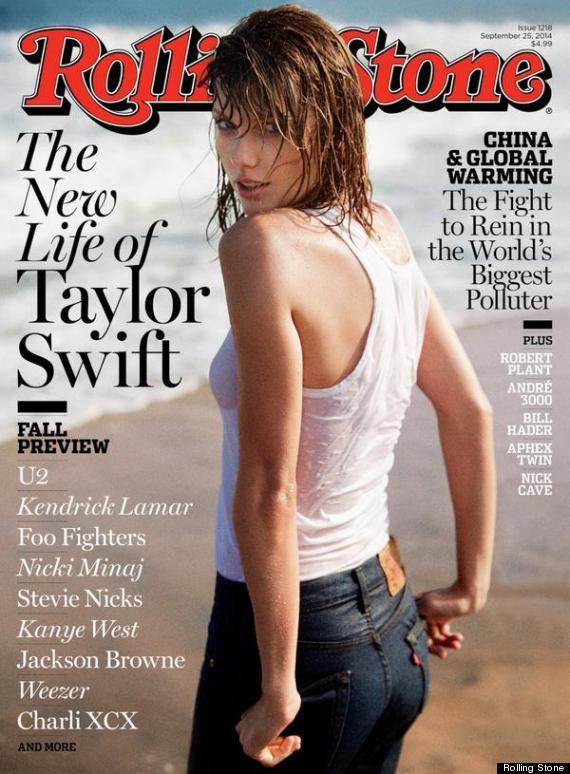