Taylor Swift is scared of winding up in a marble bathtub one day, with a glass of wine beside her, completely alone.

In yet another candid interview, the 23-year-old heartbreak kid reveals to InStyle U.K. that she is scared of ending up a "Hollywood sad cliche."

"I don’t wanna end up being awful and intolerable. Alone. Laying in a marble bathtub by myself, like sad, with a glass of wine just complaining that my life ended up alone because I pushed everyone away because I thought I was too good to hang out with anybody," Swift says of her fears of being alone in the April 2013 issue of InStyle U.K., according to MTV News U.K.

"The typical Hollywood sad cliche of the poor lonely starlet with no one because she put up all these walls and didn’t trust anyone," she adds. "That’s my fear. And that’s why I live my life the way I live my life because I’d so much rather feel everything than end up like that."

The superstar singer wasn't only talking about her failed relationships -- like the one with Harry Styles, which allegedly ended because he cheated on her -- but also her friendships.

Although the "girls' girl" has a huge group of female friends to choose from (she once told Ryan Seacrest she has 15 besties), Swift admits to InStyle U.K. that she has just "two or three" guy friends and has difficulty keeping them around because they always wind up linked romantically in the media.

Her latest heart-to-heart comes on the heels of her Vanity Fair interview. In the April issue, Swift tells Vanity Fair's Nancy Jo Sales that "there’s a special place in hell for women who don’t help other women."

Swift was recounting a quote Katie Couric reportedly once told her in response to women, including Tina Fey and Amy Poehler, constantly hating on her. (Note: The quote is attributed to former Secretary of State Madeleine Albright.)

"For a female to write about her feelings, and then be portrayed as some clingy, insane, desperate girlfriend in need of making you marry her and have kids with her ... that’s taking it and turning it and twisting it into something that is frankly a little sexist," she told Vanity Fair. 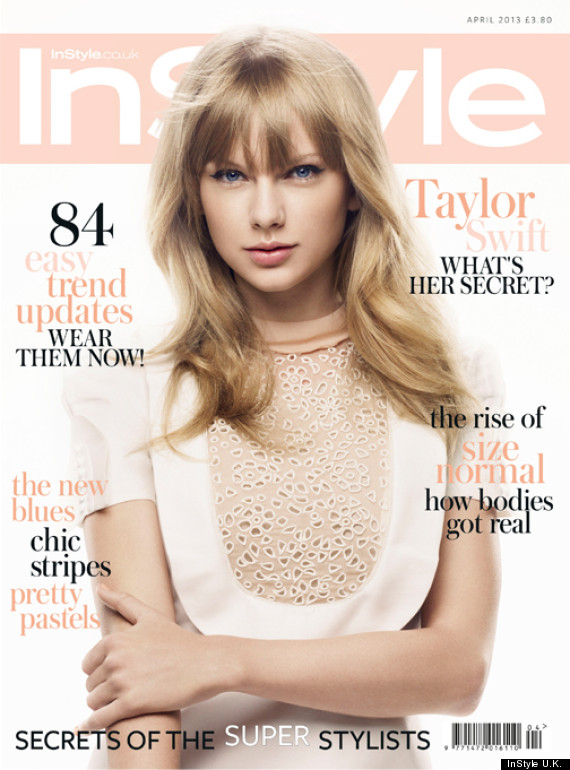