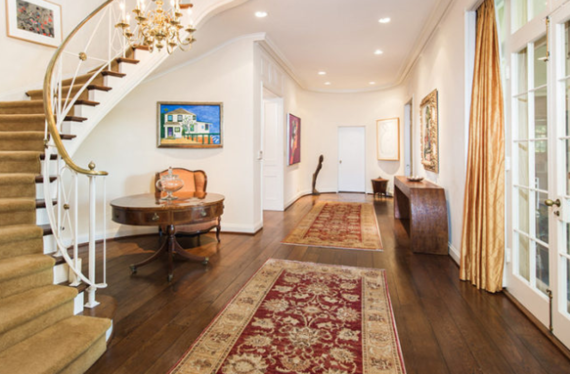 Taylor Swift has been getting some extra media attention lately, and it's not all about engagement *rumors* to DJ boyfriend Calvin Harris.

Reports have been swirling saying that the 25-year-old artist splashed out $25 million IN CASH for the famed Goldwyn estate in Beverly Hills (photo above). But, a tweet from TaySwift herself yesterday has some people thinking that she might not be the buyer:

The singer doesn't necessarily confirm nor deny the reports in her tweet, but that doesn't make the home any less impressive! The mansion has seven bedrooms, six-and-three-fourths bathrooms and spans a whopping 10,982squarefeet. What we can confirm is that the home really did sell for $25 million earlier this month, but the buyer is still TBD on property records.

The home has some impressive history whether TSwift is the buyer or not. The pedigree property was commissioned by film producer Samuel Goldwyn Sr. in 1934, and was passed down to his son Samuel Goldwyn Jr. years later. Goldwyn Sr. was known for hosting Hollywood-esque parties at the estate, attracting the likes of celebrities such as Charlie Chaplin and Katharine Hepburn.