After the cover leaked over the weekend, Taylor Swift's full Vogue cover shoot has arrived!

The pop princess got a fashion makeover from Fashion Director Tonne Goodman, who swapped out her typically slinky gowns and sequins for a darker, rock star look. Perhaps channeling her former duet partner, Steve Nicks, Swift dons long sweaters, fringes and a few dramatic hats for the March 2012 editorial. She also wears plenty of Rodarte, including the flower-covered dress worn by Elle Fanning just last week.

Swift pulls off the lush looks, mainly because her personality isn't dark and dramatic at all. As contributing editor Jonathan Van Meter writes in the accompanying profile:

Strangely enough, her opposite is sitting just two seats down [at the Rodarte S/S '12 show]: Rooney Mara, still in Lisbeth Salander mode, wearing all black and looking pale-to-green spooky. An editor sitting nearby jokes that the two could be the good witch and the wicked witch from The Wizard of Oz.

Which isn't to say that Swift doesn't have serious fashion credentials. For the Vogue story, she hangs with Alexander Wang, whose collection she describes as "very race car-driver slash Tron slash ski slope slash parka-without-being-a-parka"; bonds Prabal Gurung and Joseph Altuzarra; and expresses her desire to bake cookies with Karlie Kloss (Vogue, please make this happen!)

But she hasn't gone all pretentious on us yet. Swift is still very much the lovestruck good girl, the bubbly blonde who leaves everyone around her grinning. She even had us smiling with this refreshingly honest line:

"I think I am smart unless I am really, really in love, and then I am ridiculously stupid."

Aren't we all, Taylor.

Sneak a peek at some of the gorgeous photos below, shot by Mario Testino. In our opinion, Swift has never looked better. Then click over to Vogue.com to see more photos and read the rest of Swift's March profile. 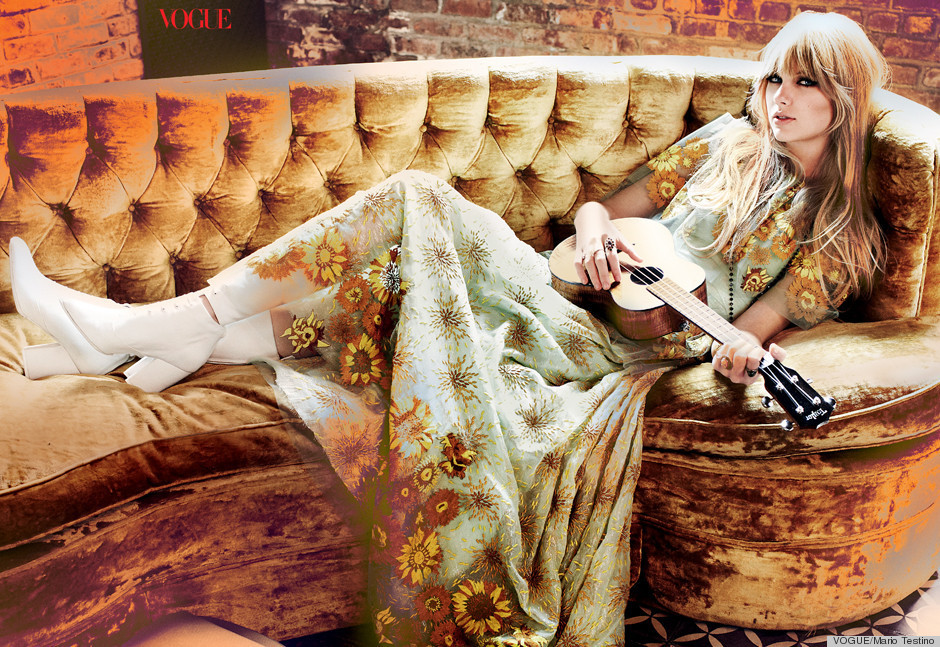 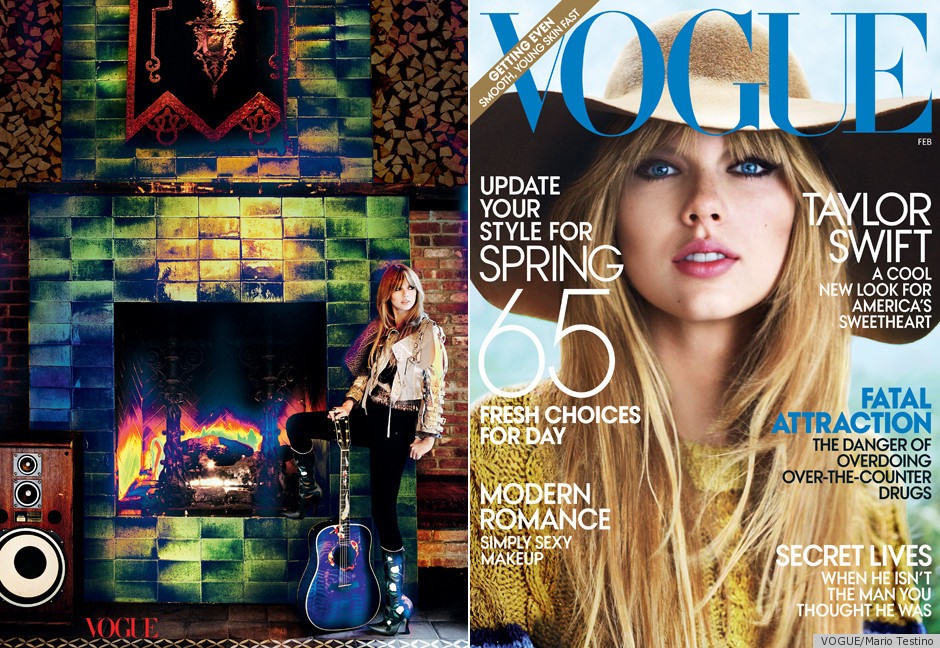