Some days I wake up having dreamt I was a successful, rich, famous singer. It's silly if you think about it. I have very little recollection of my past as a pop star. I open my eyes every morning, to the sight of this sequestered hotel room with no phone or cable and it makes a lot more sense to me. I don't really remember being Taylor Smith. Swift? Sorry. Swift. It's been ages since I legally changed my name to Juror #4.

We came here eight months ago, to discuss the Nashville case of The People Vs. Matthew Pierce. Or at least that's what they tell me. I think I was born here. It's a fascinating case, but no one expected it to last this long. There is so much evidence against Pierce. The bloody shirt he keeps wearing to every single testimony. The murder weapon with his full name etched to it. The day he showed up drunk and confessed to everything. It was really an open and shut case, but as a jury we never really seemed to be unanimous. Sometimes we are, but then one person looks my way and quickly changes their mind. Sometimes I hear them crying that they want to go home, but their kids will never forgive them if they do.

The court days themselves are kind of weird. We rarely hear from the defense. Or the prosecution to be perfectly honest. The witnesses are also scarce. Most days I get called to the stand myself to answer questions. I didn't really know jurors had to testify, especially when they were 800 miles away from the crime scene at the time the crime took place. But they really want to hear from me a lot. Usually they ask about my day, my hobbies, or ask for fun little bits about my upbringing. Sometimes we talk for hours about my cats.

On occasion, the judge shows up with a guitar and we freestyle jam about the case. It's really fun and takes some of the pressure of a high class trial, but it always leads to a big fight about who has the musical rights for the recordings. The prosecution says it belongs to them since it involves their client. The defense claims they are the owners since I took the stand on their behalf. The judge also wants his royalties, so the past month we kind of took some times off the Pierce case and started discussing the case of who owns these recordings. Usually I get put on the stand for that one, too.

I don't know what I would do if this case ever ends. Being a juror is all I know how to do anymore. I don't remember foods that are not a wet omelet. I don't recall TV shows that aren't about the hotel. I do see all of us growing old here. But I guess, if we do have to go home eventually, I'll be a bit lost. I'll have to rethink some things, start again. Drifting in the wind. Like a plastic bag. That sounds familiar, was that one of mine? 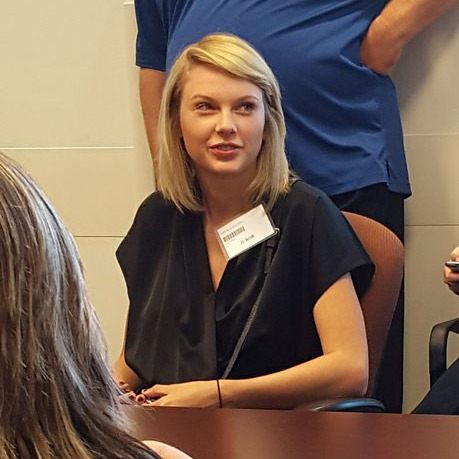