Taylor Swift was all smiles as she visited a friend's house in Pacific Palisades, Calif., on Jan. 8, days after she reportedly called it quits with One Direction boy bander Harry Styles. The 23-year-old had a seemingly happy disposition, considering she left the British Virgin Islands single and alone on Jan. 4, while Styles, 18, stayed for three more days. (No doubt T-Swift got in some good girl talk while visiting her pal).

Dressed in a skintight navy-and-white striped dress, Swift looked to be in good spirits as she left the home, flashing a grin for photographers. Still, a recent Twitter post has us thinking Swift's sadder than she looks.

On the other hand, Swift's ex looked in OK spirits, leaving a music studio in Camden, London, last night with his One Direction bandmates.

The former couple allegedly got into a "blow-up" fight during their Caribbean getaway and decided to end things before their hectic schedules interfered with their romance.

See Taylor at her friend's house below: 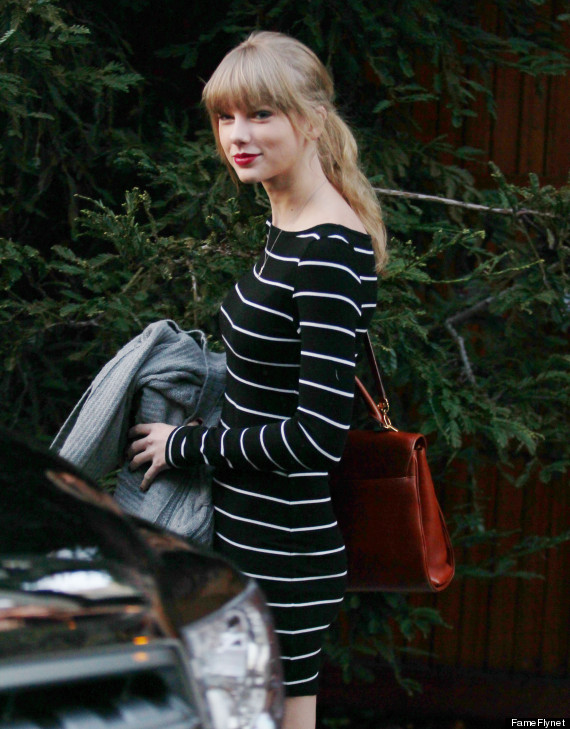