Taylor Swift showed off her gorgeous gams while on a photo shoot in downton Los Angeles yesterday (March 16).

The 23-year-old donned a pair of denim short shorts as she made her way to the set, rocking red sneakers and bright yellow shades, as well. Later in the afternoon, Swift sported tight cropped pants and a striped sweater before hopping on a bike in a flowy skirt.

The "I Knew You Were Trouble" singer recently opened up about her wardrobe choices, saying she's criticized a lot more for her style statements than other stars in the music business.

"Being 23, it's fun to kind of play around with your style, it's fun to edge it up sometimes," she explained in a new teaser video for her Diet Coke partnership, adding, "I find it hilarious when I'm going to an award show, and I'm wearing shorts for a performance, and the next day the headlines are like 'Taylor goes edgy for her performance!' I'm like, 'I'm wearing more clothes than anyone here!'"

Check out Taylor's short shorts below: 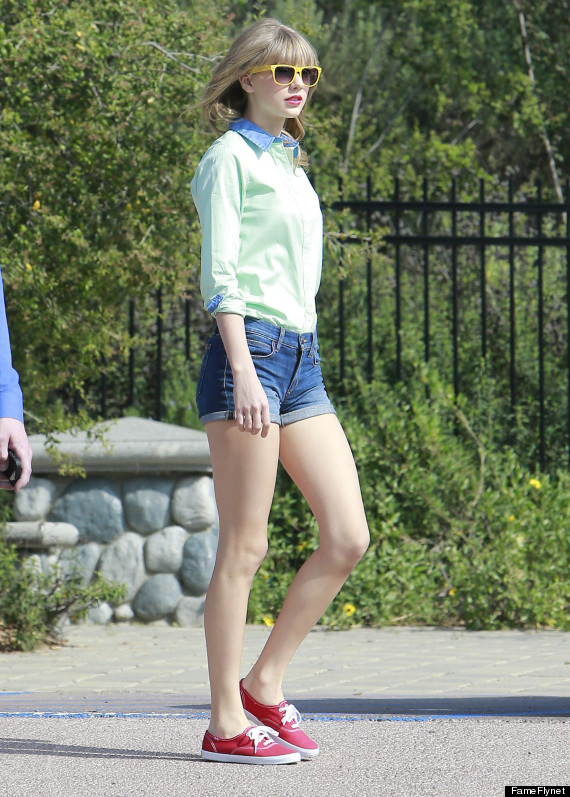 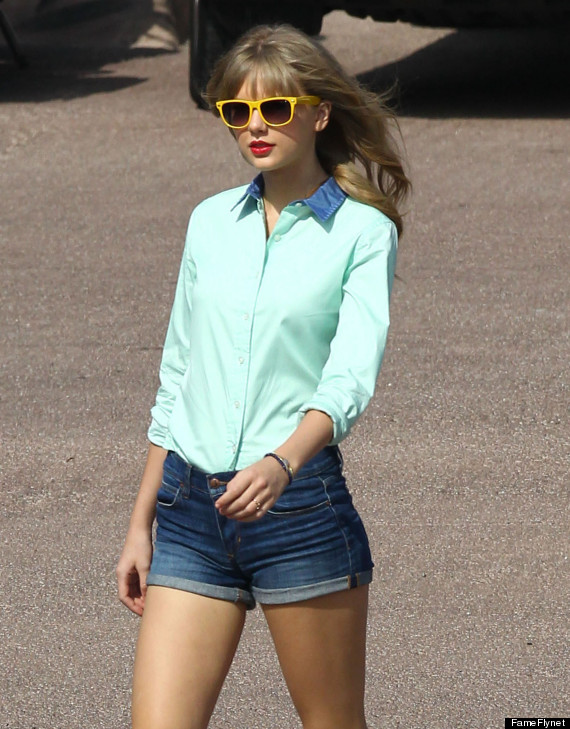