The Tea Party already has a caucus in both houses of Congress. Now, the movement has a magazine: Tea Party Review.

The magazine will make its debut at the CPAC conference on Friday. Katrina Pierson, the national grassroots director for the magazine, said in a statement that Tea Party Review "is a response to demands from Tea Party members across the country for a magazine that we can call our own."

The magazine will be published monthly. According to a news release, the first issue contains articles about lobbying, foreign policy and how the Tea Party can reach out to Latinos.

"There's a profile of the first Tea Partiers elected to statewide office, a look at key figures in history such as Alexis de Tocqueville and Booker T. Washington, and even a comic strip about a Tea Party congressman dealing with the Red Chinese," Pierson said.

Below, see the cover of the first issue: 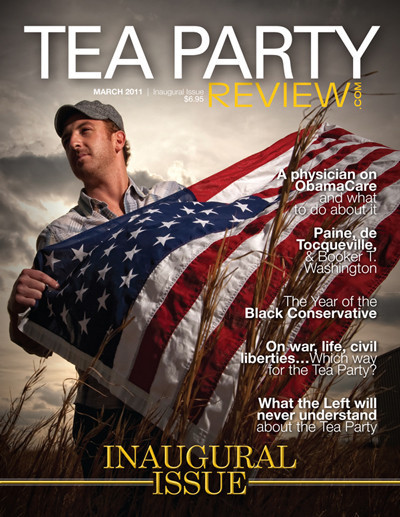