The enigmatic Tea Party movement softened its hardcore image with the recent appearance of Pam Stout, president of the Sandpoint, Idaho Tea Party Patriots, on the Late Show with David Letterman. Mrs. Stout is no doubt a sweet-hearted woman with growing concerns over the welfare of America, but her popularity as a political activist in the fragmented Tea Party movement has cast a spotlight upon common naivete rampant among many Tea Party groups.

Widespread political ignorance among various Tea Party supporters appears to be the culprit that undermines legitimate ideals and concerns articulated by many of its informed diplomatic members. On March 30, Letterman sought to conduct a tough interview in a soft tone and bring to light some of the surface-level thinking that seems common among Tea Party members. Leaving aside the insidious rancor and racial hostilities that have attached themselves to the outskirts of the growing movement, Letterman did a good job of getting to a few core issues.

One of Stout's major points was her concern over the notion that businesses receive a bad rap:

"We demonize business," Stout said. "We need businesses to succeed. There's no jobs without businesses."

The audience applauded. Good point, Stout. But, there's a hole being dug here.

The presumed demonization of "business" is an inaccurate characterization of the righteous indignation expressed by a citizenry duped by numerous large corporations in the financial sector. The domino effect of the banking industry crisis impacted businesses across the nation, both small and large. Americans were, and still are, rightfully outraged over abuses of power by large corporations.

Upon close examination, we find that Americans do not despise nor demonize businesses in general. There is, however, a healthy skepticism over the notion that large corporations ought not be subjected to regulatory efforts. The rampant fraud and abuses of power in the business world -- especially in the financial sector -- cries out for some sort of trustworthy regulatory oversight to protect consumers. Who can be trusted to wield such enormous regulatory power is a legitimate question.

Tea drinkers unfortunately missed their big opportunity to divert America from the path of economic crisis when all 50 states attorneys general were battling the federal government and Federal Reserve from efforts to empower banks to employ predatory lending practices.

Tea Party supporters, like Stout, apparently slept through this epic battle of the states versus the federal government. Ironically, at the time of this economic war over the premise of states rights to protect the citizenry, the federal government was led by a Republican president, George W. Bush.

The current issues that have sparked outrage from awakened sleepy-eyed Tea drinkers are reactions to the crisis that has already occurred, initially exposing itself in early 2008 during the collapse of Bear Stearns.

The question on the minds of millions of Americans is: Where were Tea Party supporters when the problems that caused the financial crisis were occurring? 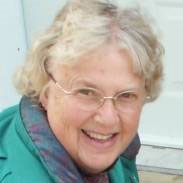 "I think several businesses would've gone out of business. Car companies and the banks."

Stout acknowledged Letterman's rebuttal that nearly two million jobs may have been lost if the government had not stepped in (which was the basis of the bailout begged for by Republicans, including Dubya and then-presidential candidate John McCain). Ironically, the Tea Party's fundamental complaint today was reflected in a poll reported by Fox News that showed a mere 30 percent of American citizens supported Bush's Bailout plan in Sept. '08.

Senator John McCain was quite direct about Bush's Bailout when he spoke to a crowd of supporters in Scranton, PA on Sept. 22, 2008 (according to a report by a local CBS affiliate television station):

"Never before in the history of our nation has so much power and money been concentrated in the hands of one person. This arrangement makes me deeply uncomfortable. We will not solve a problem caused by poor oversight with a plan that has no oversight."

Senator McCain expressed that President Bush and Treasury Secretary had crafted a plan that was unprecedented in American history. The labels of "socialist" and "communist," however, would be reserved for the next president. Meanwhile, McCain openly stated the economic crisis was caused by "poor oversight."

If that's the case, who was overseeing whom? And did anything change, other than a bit of reshuffling the same deck of cards that built the economic house which currently requires all the propping it can get?

Pam Stout remains stalwart in her position against both parties' efforts to buy time toward a solution to avoid an even greater economic catastrophe.

"I understand that," Stout said, in response to Letterman's comment about losing nearly two million jobs. "And sometimes I think you have to take the medicine and perhaps we need to do that as a nation. We have overspent. And at some point you cannot continue to do that. And so, if you let people fail, and you let businesses fail, then other businesses step up because there's still a need; there'd still be a need for cars. So somebody else will start producing more and those jobs will be retained."

Letterman followed with a laugh line, concluding that the "somebody" who would produce more cars would be China ... and the jobs would be lost forever.

Stout ignores the catastrophe inherent in the sudden loss of two million jobs, making the naive point that something will simply crop up due to entrepreneurial creativity. In the interim between job loss and gain, each out-of-work American is facing monthly living expenses and the creditors and banks who aren't concerned with the debtor's lack of income. Will the two million newly created jobs magically appear before the mortgage is due?

Stout's premise is one that underscores the argument of the theoretical "free market." Unfortunately, her naive notion that the nation simply "overspent" opens her points to criticism of being simply surface-level.

Stout has inadvertently overlooked the deliberate deception that has built up an economic institution so powerful that it can bundle bad debt into U.S. securities and secretly trade it overseas. The bad debt sold by the Fed was accrued initially by banks across the U.S., which sold bad loan packages to institutions like Fannie Mae and Freddie Mac, both of which are today overburdened with bad debt.

The reality is that the banking industry, controlled by the Federal Reserve, is in a severe crisis of losing the trust it has built as an institution. That trust is, unfortunately, built upon a foundation of deception, secrets and abuses of power -- as revealed by Mark Pittman, an award-winning financial reporter for Bloomberg who suddenly died last year at the age of 52. The Bernie Madoff scandal pales in comparison to the secrets being shielded by the Fed's refusal to open its books to auditing. The stakes are high -- more than $2 trillion in U.S. securities.

Fortune magazine published a series of articles about the Bear Stearns collapse, which initiated the toppling of dominoes in the financial sector. Here is a tell-tale excerpt:

"Former Bear CEO Alan Schwartz has told friends that he sees their role this way, 'These things happen and they're big, and when they happen everybody tries to look at what happened in the previous six months to find someone or something to blame it on. But, in truth, it was a team effort. We all f***ed up. Government. Rating agencies. Wall Street. Commercial banks. Regulators. Investors. Everybody.'"

In case Mrs. Stout and the Tea Party folks needs names, simply check the roster of the House Financial Services Committee and the Senate Banking Committee. The Federal Reserve is still controlled by Ben Bernanke. The former president of the New York Federal Reserve, Timothy Geithner, who stood against a media lawsuit to shed light on the Fed's inner workings, is now the Treasury Secretary working together with the Fed. None of this consistency in the financial sector occurs without congressional collusion.

There are, quite simply, 535 members of a single powerful body that has, in collusion with the president, maintained the status quo.

Meanwhile, Tea Party supporters, who are rightfully outraged over abuses of power in government, seem oblivious to the machinations of giant corporations and banks in manipulating the political processes.

When a sweet little old lady from Idaho boils down the economic crisis in America to the notion that the election of a Black president with a presumed socialist agenda has brought the nation to its knees and threatens the future of America, it reveals the depth and width of the chasm between the Tea Party movement and reality.

It also reveals a desperate need for in-depth civil conversation.