The items, paid for by the RNC, were on full display at a Friday press conference of Tea Party activists in Washington. At the afternoon event at the Capitol Hill Suites, activists in town for the "Take the Town Halls to Washington" project passed out the red-white-and-blue buttons and signs emblazoned with the words "Listen to Me!"

As Pappas pointed out, the RNC's involvement here was a bit of a thorny issue, given that the Tea Partiers haven't been quick to allow themselves to be subsumed within the greater Republican establishment. But if you see the signs today, you might end up missing the connection to the RNC entirely. That's because the RNC took the unusual step of covering up its involvement. David Weigel of the Washington Independent reports that a black sticker has been placed over the RNC's label at the bottom center of the signs. Apparently, this is a cunning enough stratagem to keep protesters from discovering the RNC's involvement. 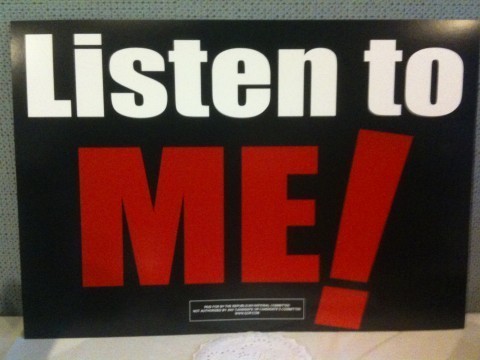 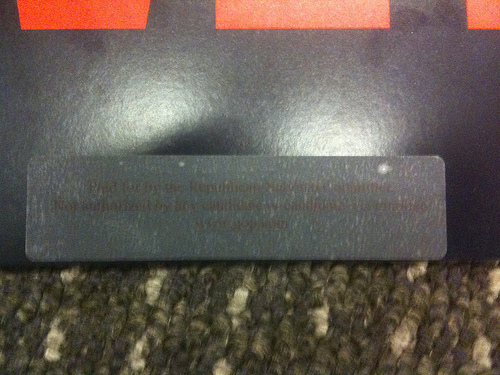