The shirts are white and polyester, with "Republican National Convention Tampa 2012" written across the top. There's a flag with a teapot on it underneath, and Mitt Romney's portrait is plastered on the teapot.

"Let's Brew It," the tagline says. 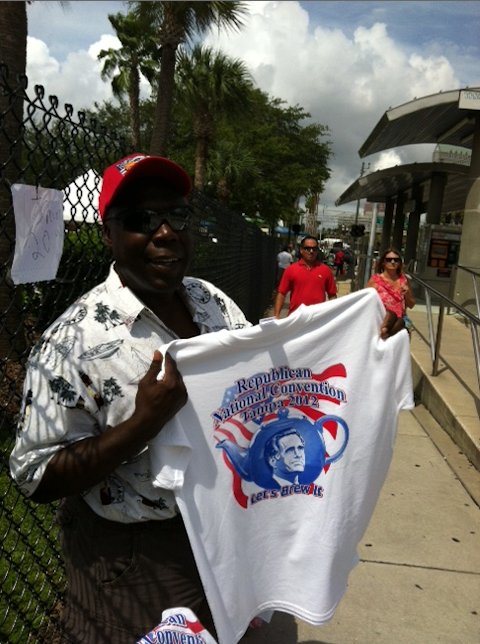 But with each sale comes a bit of psychological pain. Despite outfitting Republican convention-goers with Tea Party-themed clothing, King is a supporter of President Barack Obama. Asked why he was voting for the president's reelection, he was pretty blunt.

Business being business, the politics of his customers on Tuesday didn't concern him.

"You know what," he said, "Republican or Democrat, people are nice."

But he did jokingly worry that even a smidgeon of press attention could make him the target of conservative talk radio hosts.

"I'm probably going to be on Glenn Beck now," he said, standing with his back against a security perimeter fence. "Don't tell Rush [Limbaugh] about me."