There can be no doubt that youngsters are attracted to nonhuman animals (animals) for a wide variety of reasons, ranging from fascination, to curiosity, to wanton cruelty and abuse (please see here and here). It is also well known that there is what psychologists called "the link" between animal abuse and human abuse, so the following story about clear and present violence toward animals deeply concerns me and many others.

In an essay published by Shona Riddell for Predator Free NZ called "School kids take on the possums" we learn that students of the small, rural Elsthorpe School, in central Hawke's Bay, New Zealand used various sorts of traps to catch possums and stoats. We also learn that 80 possums were removed by the end of the term. 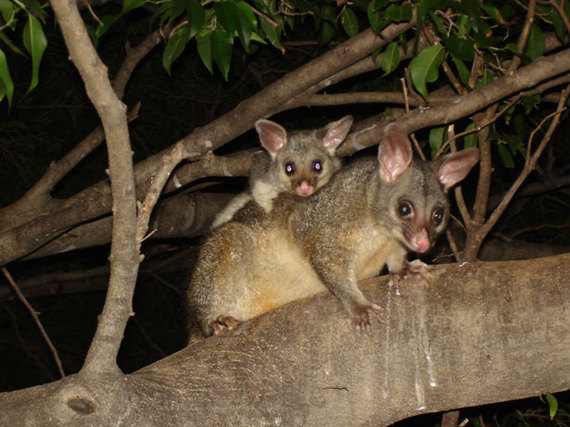 "They're country kids, so they loved dealing with dead possums!" so says school principal

The killing of the possums is fully sanctioned. Indeed, School Principal Hayden Kennedy tells us, "The kids loved it because we were getting daily hits ... They're country kids, so they loved dealing with dead possums! They could also see their work having positive implications in the environment." Indeed, the killing resulted in "3,240 predatorial possums prevented" when one factors in the number of females and potential young they could produce.

I had a number of people write to me about this slaughter, including New Zealand residents, so I think it's well worth making this story widely available. And, perhaps most disturbing of all, "the project will repeat itself again next year, with the addition of some bird tracking - and a stoat hunt." These kids and their teachers could surely learn many important lessons from compassionate conservation.

"The World Becomes What You Teach"

According to Zoe Weil, co-founder and president of the Institute for Humane Education, "The World Becomes What You Teach." This slaughter is an excellent and very sad and disturbing example of inhumane education, of "teach the children wrong." Let's hope this tradition ends and is not passed on to future generations. It also flies in the face of what numerous psychologists warn about the link I mentioned above between violence toward nonhuman animals and violence toward humans. Let's also hope that in this case Ms. Weil's claim is derailed and the teaching of violence toward other animals is stopped in its tracks.

Killing birds for a bathroom

Please also see "Vermin hunt benefits school" where we read, "So while the vermin paid the price, the funds raised from the event are going to the Fordell Pre-School which is upgrading the children's bathroom."