It's Teacher Appreciation Week and the desks of teachers all across the country are being inundated with cards, treats, and nifty Pinterest inspired gifts. As a former classroom teacher I remember how nice it was to get some homemade cookies, a coffee mug, or other sign of appreciation -- especially in early May as the school year had almost taken me for everything I had. 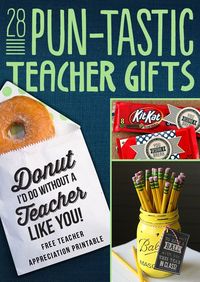 What do we mean by "appreciation" when we talk about our nation's teachers? How do we appreciate those who give so much of themselves while constantly hearing the fabricated refrain of public school failure? A batch of cookies or candy bouquet doesn't seem like quite enough to show how much our teachers mean to us.

Don't get me wrong, teachers love to be appreciated, and my experience tells me that they also love candy, coffee, Diet Coke, and pretty much anything else that comes from the hearts of their students. I still have several gifts from my former middle school students and I remember who gave them to me.

But the word "appreciation" doesn't quite seem enough for how we feel about our best teachers. Appreciation is nice and everybody likes to be appreciated for what they do, but take a minute to think about how often you tell somebody you "appreciate" something. If somebody holds the door when your hands are full you appreciate it. When somebody picks up the tab at lunch you appreciate it. Here in Arkansas people often say "I appreciate ya" instead of "thank you" when you make a purchase. My point is that "appreciation" is something we hand out relatively easily.

I'm not sure what we should substitute for "appreciation" but I'm going to use this platform to honor one of our teachers who goes above and beyond all expectations in order to give her students the education that every American kid deserves. She also happens to be my son Jackson's teacher. 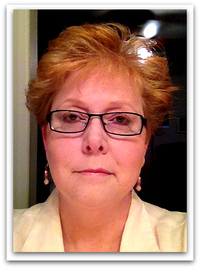 Ms. Scottye Allen is a fourth grade teacher at Butterfield Trail Elementary School in Fayetteville, Arkansas. She has taught for 35 years in classrooms ranging from 1st to 11th grade in Montana, Washington, Missouri, and Arkansas. I sat in on her class yesterday, a period she characterized as "nothing special" but as somebody who knows a few things about "special" teaching, I found her disclaimer to be not entirely accurate.

A former high school basketball player, Ms. Allen towers over her students in stature, but couldn't possibly be any closer to them in spirit. She uses her experiences as an athlete to connect to many of her students, which on the surface might seem like a relatively easy connection for a teacher to make. A lot of 10 year-old kids are just becoming serious about sports, but dig deeper and you find that sports are just one way that Scottye Allen makes those connections. For example, a few years ago she had a student in her class who was deaf. In order to make sure that he was able to participate on the same level as her other students, Ms. Allen learned sign language. Not only did she learn sign language, but she also wore a microphone so that she could translate his signed thoughts, answers, and questions to the rest of the students. It was important to her that this student felt as though he wasn't talking just to her but to all of his classmates as well.

When you get to know Ms. Allen you find out more about how much she values this sort of participation and success for every student in her classes. I was able to witness this first hand as she took the time outside of her district mandated lesson plan to display and celebrate her students' work. Students sat in rapt attention as she used the document camera to project their recently completed book reports on the screen. Everybody wanted to put their work on display for all to see, and 100 percent participation is something that Ms. Allen carefully cultivates over the course of the school year. She believes that the most powerful learning happens when kids are willing to take risks and she promotes risk taking in her classroom through a culture of trust and honesty. Watch Ms. Allen in person and you'll see her push students to reach beyond their comfort level while never wavering in her support for their efforts. Imagine scaling a cliff that looks impossible to climb with the reassurance that one of those giant air bags stunt men use to cushion their occasional fall is waiting below just in case you need it. Her students scale that cliff more often than not, but when they don't she's waiting there with a soft place to land.

Her students are willing and even eager to take on these challenges because her expectations for them are extremely high and she has convinced them it is important. I'm not referring to the vague notion of "rigor" that you hear people who know little about good teaching constantly blabber about. I'm talking about pride, hard work, and a sense for what is important in life. When Ms. Allen starts a sentence with "If you're living..." her students finish it with a chorus of "you're learning!" When exhorting them to put forth their best effort you'll hear, "don't ever put your name on something unless you're proud of it," and when she feels as though a student has met her expectations she'll remind them that, "The only person who needs to push you now is yourself." Ask one of her students how they are doing and they'll tell you that they are "well" instead of "good", and they are all aware of the proper use of use "I" and "me" in conversation. These aren't just old school lessons on grammar, because Ms. Allen makes them fun. When one student stood up and proclaimed that she was "done", the other students responded with "please don't die!" because she was not "done", she was "finished".

Of course, Ms. Allen also wants her students to do well on the standardized tests our leaders have come to care so much about. She consistently has over 90 percent of her students score as "proficient" on the annual test, thanks in large part to an 8 step test taking strategy she has developed to help her students be successful test takers. She isn't trying to game the system, though given the ridiculous lengths other schools have gone to in order to boost student achievement on tests it would hardly matter if she was. Instead, she believes that teaching her students how to do well on tests is now a necessary skill in American education. She also knows that despite her success in preparing students for high stakes testing, it's what she does after her students are ready to take the test that has the most lasting effect on their lives.

Standing with me outside the computer lab while her students take a mandated test that helps determine if they are prepared for the other mandated tests, she explains that "the best learning happens outside the lesson plan" and that she plans to keep chasing that learning as long as she believes she is doing it well. When I ask her how she knows if she is making a difference, she explains how it happens at different times throughout the year and not for all students at the same time. One by one she will see a student do something they haven't done before, but maintains the belief that it matters little how much we know students have learned if they don't know it too.

I see the results of Scottye Allen's hard work every time my son comes home from school. Ironically, he won't be among the 90 percent of her "proficient" students this year because we opted him out of the standardized test. I wrote at the time about how we didn't need that test to know how well he is doing because we trust his teacher. Perhaps now you can see why we feel that way.

As Ms. Allen's students filed out of the computer lab from taking the standardized test she passed out fist bumps, high fives, and hugs -- each one accompanied by a "Thank you for working hard." Then she shook my hand, thanked me for visiting, and followed them into the classroom to get back to work.