An Illinois high school teacher's constitutional warning has put him at odds with school officials.

Batavia High School teacher John Dryden may face disciplinary action for reminding students that there is a Fifth Amendment right against self-incrimination before administering a school survey last month, according to local reports.

Following several student suicides in recent years, the survey, which included questions about student drug and alcohol use, was meant as a "screener," the school district's chief academic officer, Brad Newkirk, told the Daily Herald. The results would be viewed by school counselors and psychologists, Newkirk said.

After reading through the questions, Dryden noticed the potential for students to incriminate themselves. So the social studies teacher acted quickly, issuing the warning to three classes of students before approaching school administrators with his concerns.

"I made a judgment call. There was no time to ask anyone," Dryden told the Herald. He added that he would have spoken to an administrator first, if he had received the surveys earlier.

According to the Kane County Chronicle, Dryden may face a disciplinary hearing on Tuesday for his action. However, the district's director of human services, Greg Romaneck, could not confirm or deny whether such a hearing would take place.

Whether Dryden is set to go before the school board or not, Batavia High School students and members of the community have banded together to back the teacher.

An online petition to "Defend and Support Educator John Dryden!" cropped up earlier this month, asking the school board to ensure Dryden's "employment and professional impact with Batavia Public Schools continues."

As the petition notes:

It is Mr. Dryden’s task as an educator to impart his students with the knowledge and ability to make informed choices, even if these lead to conscientious objection. For the administration of Batavia High School to pursue
disciplinary action against a dedicated educator, whose instruction is solely student-centered is, in our opinion, an extreme lapse of professional competence. 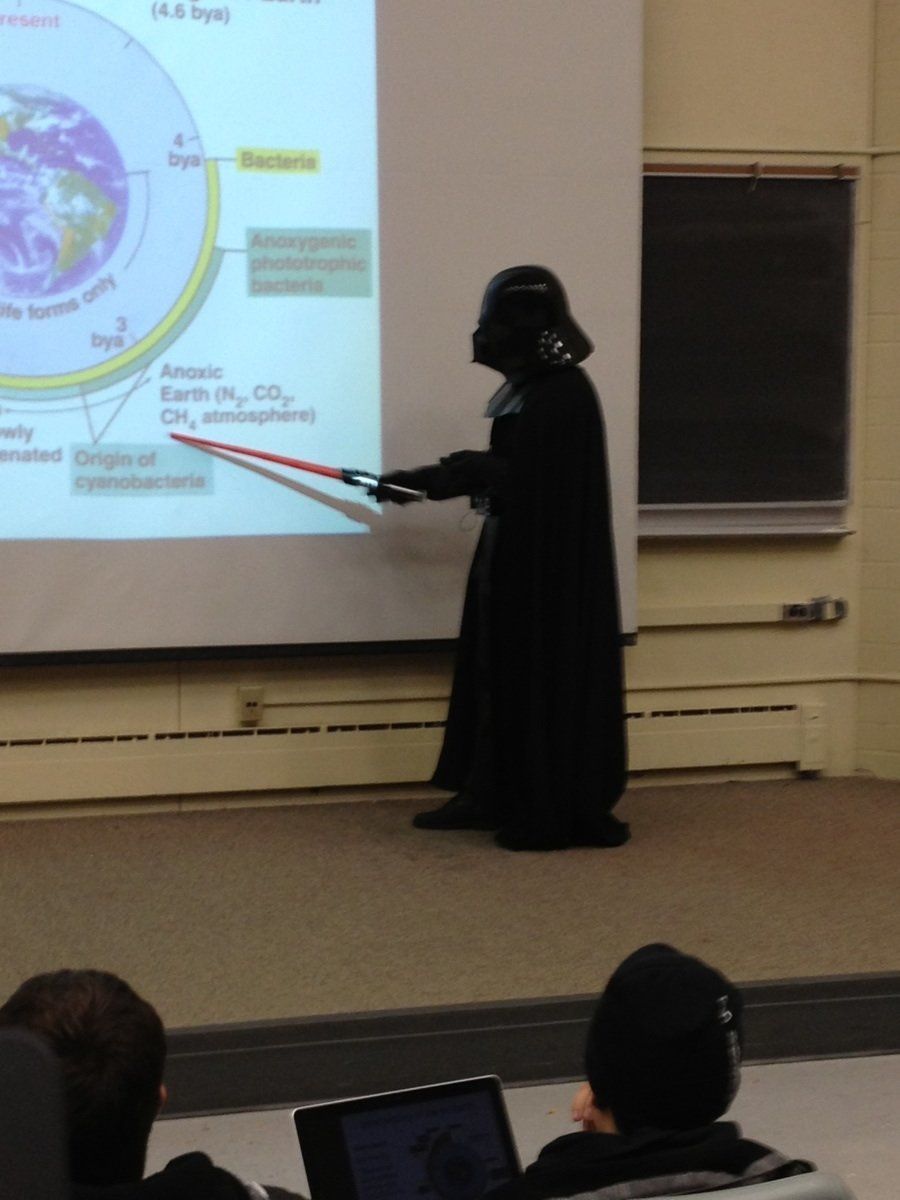 1 / 23
The Leader Of The Dark Side
What better way to learn about the World than from the man who wanted to dominate it?
<a href="http://i.imgur.com/zFtZx.jpg">Imgur</a> via <a href="http://www.reddit.com/user/Tredid">reddit.</a>