When a lynching analogy was used to teach civics in a Sacramento middle school, it came as a shock to the one black student in the class, the child’s father said.

Woody Hart was discussing the answers to a test on the U.S. Constitution with his eighth-grade history class at Sutter Middle School on Nov. 9 when a student asked him for a definition of equality.

Hart, 70, reportedly told the class, “When you hang one black person, you have to hang them all, (as) that is equality,” according to the Sacramento Bee.

“[Tyler] was embarrassed. He said he felt like all eyes in the classroom were on him. He just kind of wanted to be off to himself,” his father told KTXL-TV in Sacramento.

The family filed a complaint against Hart the next day, saying that his comments were “racially insensitive.” They asked that Tyler be removed from Hart’s class, a request that was granted.

After an investigation, Hart told school officials he did make the comment but defended it, according to Daniel Thigpen, a spokesman for Folsom Cordova Unified School District.

“The teacher’s intended context was in the history of the classroom lesson around states’ treatment of certain individuals under the Constitution,” Thigpen told CBS Sacramento.

School officials said they were unable to further discipline Hart, according to RawStory.com.

Hart told the Bee that the hanging comparison came while arguing that a state has to treat individuals from other states the same as it treats its own residents.

“I would not accept equality as an answer” to the test question, he told the paper. “Here’s what I said: ‘If you hang black people in the South, that means that you hang any black person who comes from outside the state.’”

The Huffington Post reached out to Hart, who has yet to respond.

Tyrie McIntyre said he doesn’t think comments like these are appropriate, regardless of the context.

“Even if my son wasn’t the only African-American in the class, this is America, we’re diverse,” he told Sacramento’s KCRA-TV. “When you say something that’s going to impact people and that impacts children, you have to be very, very cognizant of what you’re saying.”

Tyler said he has had other disturbing experiences at the school. He told the Sacramento Observer that other students have used racial slurs and have told him to “go sit in the back of the bus.”

Thigpen wouldn’t disclose what, if any, disciplinary action Hart might have faced but told CBS Sacramento that the situation has been addressed to be sure it doesn’t happen again.

“We expect that teachers will sometimes use provocative language, but we also expect that they’re not going to use culturally insensitive language that could be hurtful to others,” he said.

PHOTO GALLERY
21 Black Voices We Are Grateful For This Thanksgiving

Teacher Tells Class: 'Hang One Black, You Have To Hang Them All'
21 Black Voices We Are Grateful For This Thanksgiving 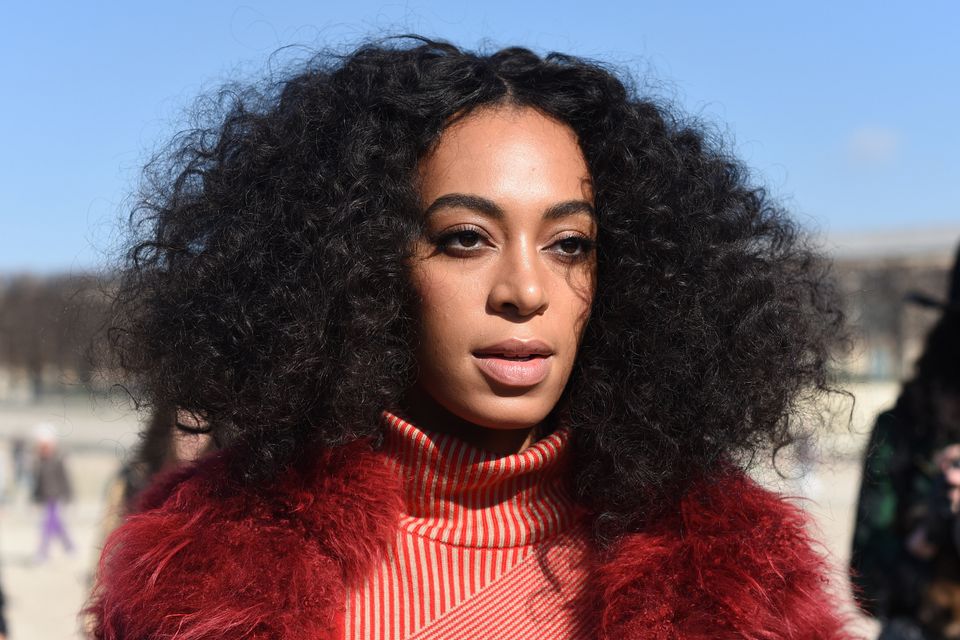 1 / 20
Solange Knowles
In September, Solange Knowles dropped her third studio album,&nbsp;"A Seat At The Table." With songs like &nbsp;"F.U.B.U." and&nbsp;"Don't Touch My Hair," it has been hailed by many as the <a href="http://madamenoire.com/719982/blackest-moments-solanges-seat-table/5/" target="_blank">blackest album</a> of the year.&nbsp;<br>It's not only a meditation on what it is to be black, but a celebration of blackness -- something we sorely needed this year.&nbsp;
Jacopo Raule via Getty Images