Teachers are not shying away from the challenges of implementing the Common Core State Standards (CCSS).

A Scholastic and Bill & Melinda Gates Foundation survey released this week asked more than 20,000 teachers how they feel about the CCSS and its implementation process. The survey revealed that even though most teachers think it will be difficult to implement the new education standards, they also think the measure will make a positive difference for most students.

The CCSS is a set of new education benchmarks that has been adopted in 45 states and is designed to make sure students around the country are being held to the same learning standards. The measure emphasizes critical thinking and deeper learning, although some have complained that the new standardized tests associated with CCSS are more difficult than previous standardized assessments.

While 73 percent of surveyed teachers said they agree or strongly agree that "implementing CCSS is challenging/is going to be challenging," the same amount also said they are "enthusiastic about the implementation of CCSS in my classroom." Overall, 57 percent said they think the standards will be "positive for most students."

For a full breakdown of the Scholastic survey's results, look at the graphs below: 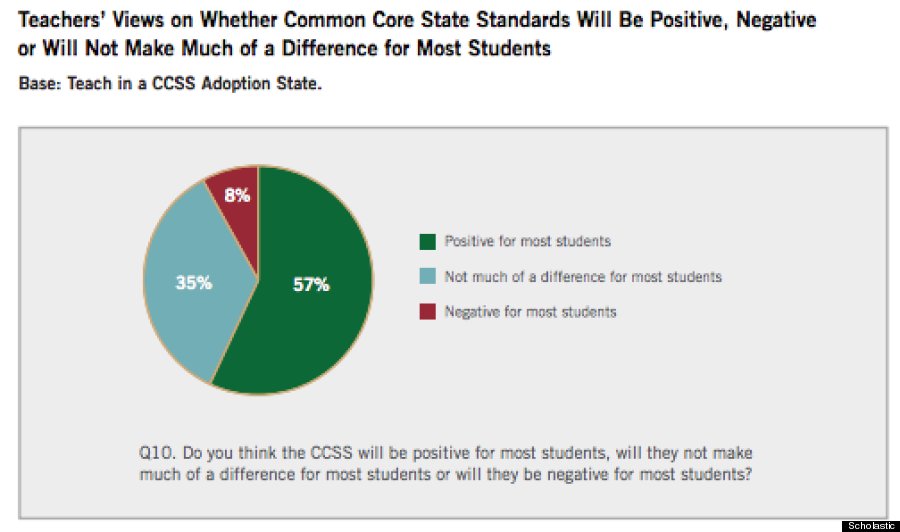 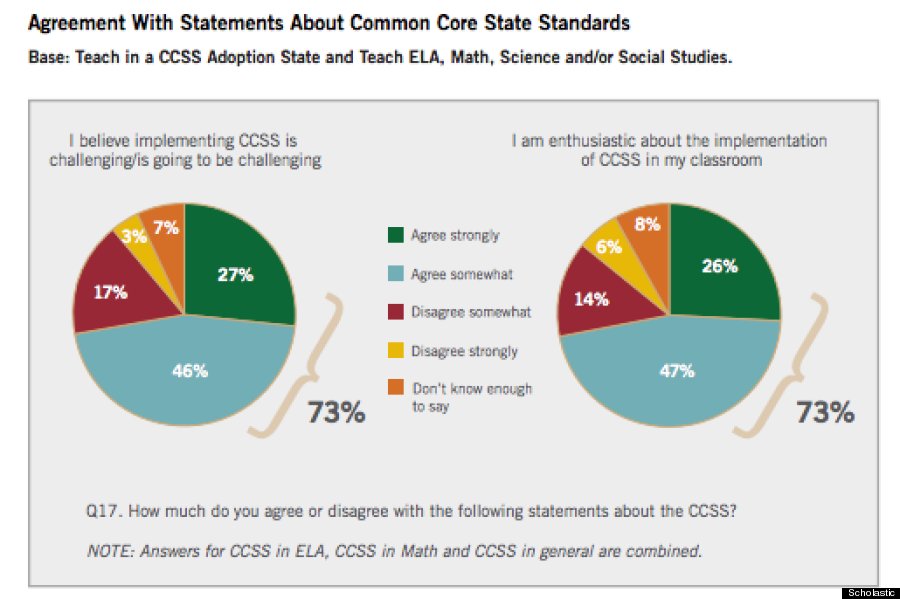 Another recent survey found that most Americans don't know what the CCSS is, but that they would probably support it if they did.

CLARIFICATION: Feb. 26 -- The Bill & Melinda Gates Foundation, which commissioned this survey with Scholastic, helped fund the development and promotion of the Common Core State Standards.