Law was Chris Williams' third career. He taught school in Chicago for a decade. He was a union organizer for a decade. Only then did he become a social justice lawyer specializing in advocating for and with low-wage workers.

Chris grew up in St. Louis and moved to Chicago after college to be a social studies teacher. He began as a day to day sub in a system with 16,000 other teachers. 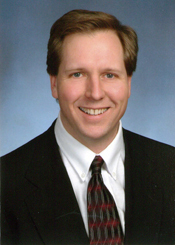 "I found a second job in the evening in the City Colleges of Chicago teaching in what was called the Adult Learning Skills Program. We taught GED courses, Literacy courses and English as a Second Language. The 1500 teachers, doing the same work as the full-time teachers, were treated as part-time hourly wage workers, paid $10.00 per hour with no benefits."

Williams joined the union of evening teachers. After 8 years he dropped his day job, went into full-time night teaching and became much more active in the AFSCME union, ultimately being elected president of his local group. AFSCME later hired him full-time to coordinate a state-wide organizing campaign of
minimum wage group home workers. He later also worked for SEIU and the Screen Actors Guild.

"I started to become frustrated with the difficulties labor unions had in organizing workers in the new economy of temporary work. This was particularly true for immigrant and other communities of color, where more and more jobs were contingent and temporary. More and more workers were not "employed" by the companies they worked for but instead through the use of independent contractor agreements and temporary staffing.

"For me, meaningful change for social and economic justice comes through organizing. Community-based worker centers began popping up around the country to help fill this gap in worker organizing and advocacy.

"So, in the early 2000s, I left the labor movement to join one of the first worker centers in Chicago, the Chicago Workers' Collaborative ("CWC"). One of the things we did was to find legal services for wage theft victims.

"I remember the exact moment I decided to go to law school. While translating a settlement agreement for a worker, I discovered that the worker we brought to the lawyer was recovering $10,000, the maximum allowed. Great legal work. Then I also discovered the attorney was recovering $25,000 from the employer for attorneys' fees. I asked the lawyer if he could share some of his fees with our organization, since it was our work that had brought this worker forward and provided him with the support that gave him the courage to fight for his stolen wages. The lawyer said, accurately, that Illinois ethics rules forbid sharing legal fees with non-attorneys.

"After meeting with our collective's steering committee and explaining what I had learned, we decided it would be a good idea for me to go to law school to bring some of the legal fees made off of low wage workers back to the organizations fighting the causes of such exploitation.

"I enrolled in Chicago- Kent College of Law. I had to work and it had a good night program.
"After graduating I immediately set up my own private firm, Workers Law Office PC. I knew lots of people in the community who had legal problems so I co-counselled with other lawyers who split expenses and helped with the cases.

"My goal from the beginning was to create a non-profit legal clinic for workers. It would be funded by the regular legal work I did. I did not want to raise money from foundations and compete with the workers centers. What I made with my private firm, Workers Law Office PC, I ultimately used to help set up the non-profit Working Hands Legal Clinic."

"In 2007, the Working Hands Legal Clinic (WHLC) got started and I was the first director." Chris worked there from its beginning in 2007 until 2011 when it transitioned into the Raise the Floor Alliance.

"At WHLC, we developed a 75/25 approach to our work to allow us to support worker centers, sustain ourselves and grow. Our approach was to look at the legal clinic as a business 75% of the time. The staff of WHLC was then available 25% of the time to provide the Chicago area worker centers with legal support without consideration of costs.

Much of their legal focus was on temporary work and staffing. "People were getting let go from their jobs and told to reapply with temp agency for the same job," reported Williams. "Mostly immigrant workers. Employers even used police against workers."

Chris was a primary mover with state government, community advocacy organizations and The National Employment Law Project in creating the strongest law protecting day laborers in the nation, the Illinois Day and Temporary Labor Services Act.

Chris later worked others to improve the wage theft statute, the Illinois Wage Payment and Collection Act (IWPCA). The 2011 amendments to the IWPCA were the result of the work of this taskforce and served as a model for states across the country.

Williams and the teams he works with have filed over 300 labor cases so far, many class actions. Lots are challenges to misuse of temporary workers. "The temp industry never ceases to give us reasons to file lawsuits. Temp agencies have very high turnover so they tend to do unlawful things over and over. It is not unusual to have thousands of plaintiffs." They sued Walmart couple of times because they hired temp agencies and staffing agencies which did not pay overtime and mistreated their employees. They sued many suppliers of big companies. With other firms they were successful in a big class actions against Kelly Services for 90,000 people that reached an $11m settlement. He also joined others in changing the rule which barred attorneys from sharing fees with non-attorneys, so non-profit worker centers can be paid for their work.

"In 2011, I left WHLC and started a private practice with a partner, Alvar Ayala, called Workers' Law Office, PC. The firm specializes in employment law for low-income, immigrant and other vulnerable communities. Lots of lawyers subsidize their social justice work from private work. What is distinctive about us is the intentionality of it. When we can make money from the exploitation of workers we route some of this money back into the worker centers."

When asked about role models and inspiration, Williams had several. "When I was working with labor unions, I usually found the lawyers told us what not to do. However, I credit Craig Becker, now of the AFL, for demonstrating to me that there is a role for lawyers in organizing. For example, I was working on a hospital organizing campaign and he came to meet with me about identifying the bargaining unit. But unlike so many other lawyers, he didn't focus on what we could or could not do legally. Craig simply asked "What do you want? And I'll work with you to figure out how to do it."

Curtis Muhammad, former SNCC organizer and lifelong activist is another role model. "An amazing organizer. When he worked with us in Kankakee Illinois, he could talk with anyone - young black people, older white women, everyone loved him. He always challenges me to broaden my thinking, especially about race in America, and has challenged me to take chances in how I practice the law. For example, he points out that the original constitution was a radical document for freedom of people breaking away from another country. We should use it as a revolutionary document!"

"The workers who have come forward to lead campaigns or to put their names on lawsuits are also inspiring to me. They stand up even though they are vulnerable to serious consequences for doing so."

"I tell law students, and others who ask for advice on how to do justice work, to just do it. Figure out what you want to do and then worry about how to make it work. After that, don't regret what you do, just learn from it. I am not one of those who really loves the law for the law's sake. It is a means to an end for me, a tool in the fight for social justice."