The yoga class was near maximum capacity. There was a spot up front but it usually belonged to D, a teacher who practices yoga with us plebes when not teaching.

So I moved to the crowded second row. My new neighbor, however, was clearly annoyed at having to rearrange her mat. "You're a paying customer," she said. "D's late. He should move, not you."

"He's a teacher," I offered meekly as she scowled and turned away.

During class, while doing my stretching and striving for inner calm and peace, it occurred to me that despite having met and commingled, East and West are, in some significant ways, still miles apart. 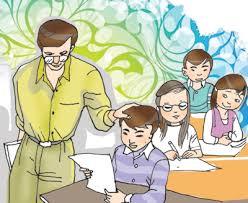 Back in my native homeland, Vietnam, I used to bow. As a grade school student, with arms folded in front, and eyes staring at my sandaled feet, I would mumble, "Thua thay!" -- "Greetings, Teacher!" -- when meeting a teacher.

In fact, it took me half a year or so after having arrived in America before I stopped that kowtowing habit, which my American classmates in seventh grade had found either funny or quite bizarre.

Though my innate sense of respect (mixed undoubtedly with a modicum of fear) for the teaching profession remains after all these years, I recognize that my sentiment is a bit out of sync with the collective American psyche these days. Distrust and the willingness to believe the worst about the teaching profession has long caused it to suffer in America, but lately it seems that the teacher's image has been smeared and dragged through the mud. 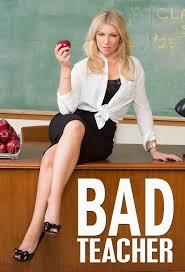 To be fair, far fewer stories of good and effective teachers are being told in the media than tales of bad ones.

And if testimonials from successful and famous Americans are any indication, good teachers are still plenty. Many luminaries continue to cite teachers as the main reason of their successes.

Tom Hanks, for instance, thanked his high school drama teacher when winning his Academy Award for his role in Philadelphia.

Oprah Winfrey is famously quoted touting her elementary school teacher, Mary Duncan Wharton. "I know I wouldn't be where I am today without my fourth grade teacher, Mrs. Duncan," she noted. "She so believed in me, and for the first time, made me embrace the idea of learning. I learned to love learning because of Mrs. Duncan."

And James Baldwin owes much of his formative years to his white schoolteacher who recognized his talents and took him to plays and brought him books. "She was really a very sweet and generous woman and went to a great deal of trouble to be of help to us, particularly during one awful winter," he recalled in Notes of a Native Son.


Influential teachers continue to instruct and inspire many youngsters in America but something in the zeitgeist now seems to deflate that old nobility, while the atmosphere of disrespect and suspicion thickens. "Teaching is not a lost art," the historian Jacques Barzun once observed, "but the regard for it is a lost tradition."

Student-teacher relationships seem to suffer in a world where Twitter and Instagram and Facebook can undermine integrity and privacy -- not to mention sites like RateMyTeacher.com, where students can grade their teachers. Students now blog about their teachers, and teachers, fearful of defamation, vigilantly troll the Internet. The children's hour has extended to 24-7 online, and this too adds to the cloud of negativity and contempt.

Meanwhile, American reading habits have turned south. According to the National Endowment of the Art, only 46.9 percent of adults read at least one work of literature in 2012, down from 50.2 percent in 2008 and even with 2002. And NPR, citing a study from Common Sense Media, reported that "nearly half of 17-year-olds say they read for pleasure no more than one or two times a year."

As teachers cite the lack of parents' involvement as a primary cause of faltering education, parents blame that lack of discipline as the major cause. Both camps, however, can agree on one thing: lack of funding is the second-biggest problem.

Indeed, even if nobility is still associated with the profession, the economy is far from showing its appreciation. Many young people who would have gone into teaching have told me they were deterred by financial insecurity.

Something about our fast-paced, super consumerist society seems to have robbed the teaching vocation the respect it deserves, disposing that once concrete and tender human relationship to a matter of mere transaction.

"You're a paying customer!" said the yoga student. If in my mother's world of North Vietnam, the word "teacher" is still interchangeable with the word "father," in the world I live in now I fear teaching as a profession is in danger of being reduced to "humble scutwork."