Around college graduation season each year, the same questions start coming my way: "How did you decide to teach abroad?" "What program did you go with?" "How did you spend two years traveling and then get a job?" This year, it's my own stepsister and her friends who are asking the question, and I give them the same answer I've given for years.

As my own graduation got closer in May 2008, I had no idea what came next. After nearly 20 years in school, I didn't want to settle into a career just yet and there were no immediate prospects toward securing my dream job -- basically, stealing Samantha Brown's gig. Sitting at a bar near campus, a friend and I started talking about a crazy idea: teaching English overseas. 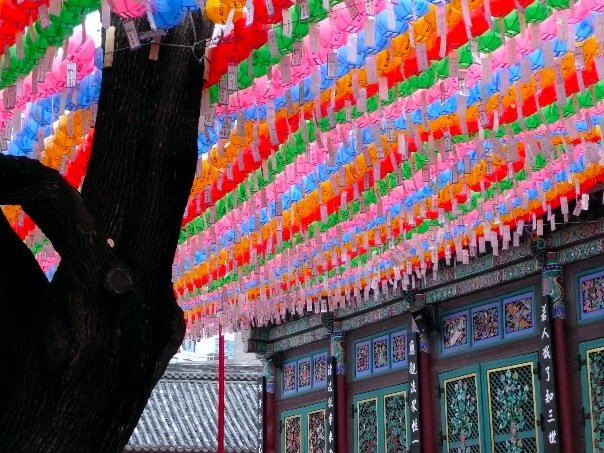 I'm not sure how we decided on South Korea -- a few other countries came up in conversation -- but it mostly came down to wanting to explore Asia and hearing how much money you could save there. Most schools that host English teachers give their staff a pretty sweet deal that includes free round-trip plane tickets and housing, making it fairly easy to save money, even if you don't try. (My school also provided three meals a day, meaning my salary was spent primarily on a few extraneous groceries, public transportation, meals out and shopping.) While European schools often require teaching certifications or fluency in the local language, teaching in many parts of Asia simply requires a firm grasp of the English language and the adaptability to live in a completely foreign country.

We found jobs on Dave's ESL Cafe, which proved to be a great resource for anyone looking to teach abroad -- from forums that answered the most basic "what should I pack?" questions to comprehensive job listings, the site has it all -- and three months after graduating from college, I was on an airplane to Seoul.

Moving to Korea was definitely the scariest thing I've ever done and also my bravest moment. I'm the kid who hated summer camp. Moving 7,000 miles away for an entire year proved to be awesomely terrifying. 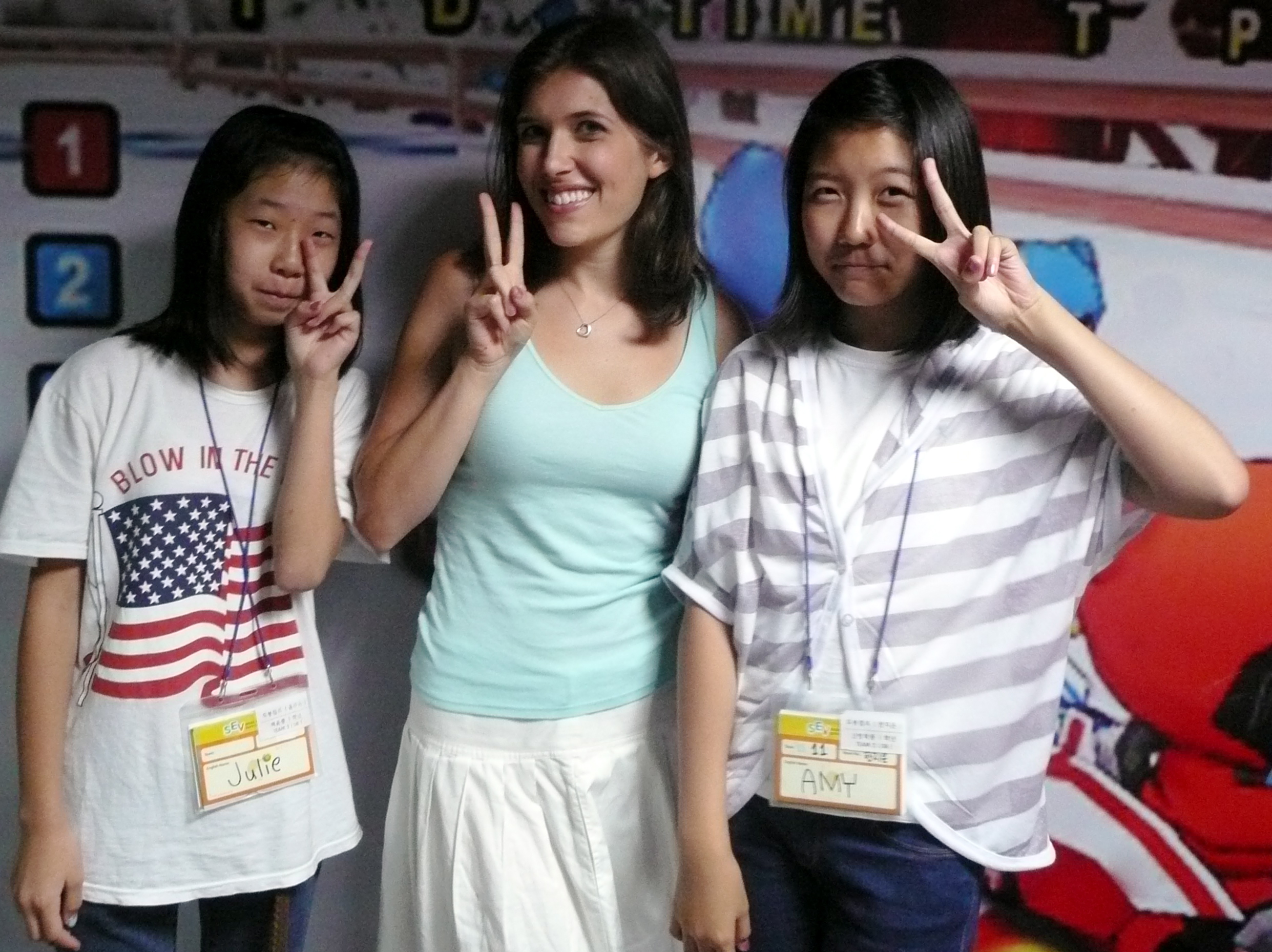 I opted not to teach at a traditional public school or go the after-school tutoring route. Instead, Seoul English Village is an English immersion camp that kids attend for a day or a week. Classes take place in interactive environments where students are required to speak English; among the dozens of classes were cooking, science, post office, bank, police station (complete with an in-room jail cell), yoga, art and, during the summer, swimming.

At the end of each week, students wrote to their favorite teachers and from "I love you" to "your class was boring," they never held back. My favorite note came from a middle school student who wrote:

"I think you're so beautiful and kind and smart teacher. You helped our team so our team 2 can learned English more easily. First time, I think foreigners are really scared but when I met you, my opinion is change. I like foreigners and also I like Washington, DC.

You like Korea? I wish you like Korea. I'll miss you and I wish you become a best writer in the world! Also thanks to loving team 2 students and when we talking so much, you didn't angry and Im sorry.

Overall, teaching abroad was an incredible opportunity. Learning to read and write Hangul (the Korean alphabet), making friends from around the world, actually seeing kids' English skills improve in front of me and discovering a country I knew little about besides the Korean War was an experience I never could have had sitting at a desk in Washington.

So how did this lead to traveling around the world on a shoestring budget?

First, living in South Korea for an entire year gave me the chance to explore... Korea! From bustling Busan in the south to the island of Ganghwado off Korea's west coast, I got to visit parts of the country that a typical tourist never experiences. 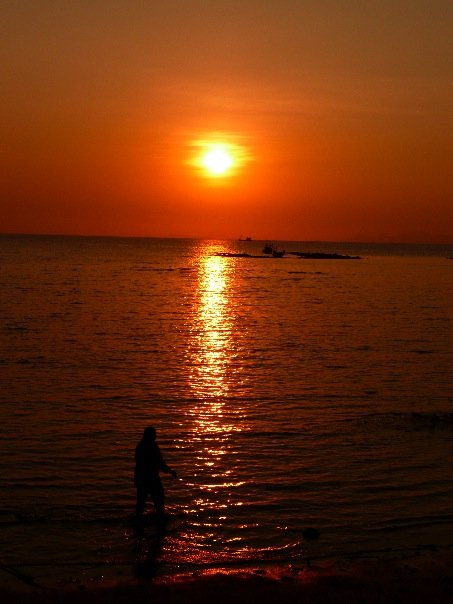 Additionally, having 15-plus vacation days meant I had time to travel to Thailand for two weeks -- sleeping in un-air-conditioned huts on the beach and eating $1 pad thai from street stalls -- spend a long weekend getting sunburned in the Philippines and somehow find the time for a week in Sydney, which was so spectacular that I immediately started planning a return trip.

Even without taking extreme budgeting measures, I returned to the U.S. after a year abroad with enough savings from teaching to fund two months of travel in Australia and New Zealand -- truly, the trip of a lifetime. (See my previous blog for budget travel tips.)

After returning from Down Under, I finally got a "real" job and joined the American workforce. But in the years since I settled down at a desk, I've never settled for sitting still. I helped build a preschool in Nicaragua, saw sunsets and rainbows in Scotland, walked along the Great Wall of China (and somehow saw a smog-free Shanghai), explored stunning national parks in the American west and enjoyed visiting friends from coast to coast.

In short: You can do it. So many people say, "I wish I could travel more" but they can -- it just means stepping outside your comfort zone. I would highly recommend living abroad for a while; if that's not possible, look into opportunities to become immersed in an unfamiliar culture for shorter periods of time, such as ditching all-inclusive resorts for a room in a private home or learning a new language to communicate with locals. Can it be scary? Of course! But in the end, it's so worth it. 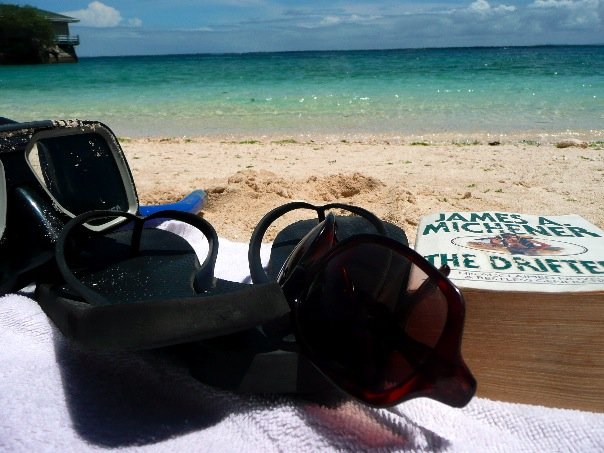 A version of this post first appeared on erinruberry.com

More:
Travel TipsteachingInternational DestinationsSeoulhow to travel
Newsletter Sign Up
An essential daily guide to achieving the good life
Subscribe to our lifestyle email.
Successfully Subscribed!
Realness delivered to your inbox