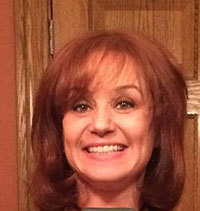 There once was a magical place, in a land far, far away, where copywriters and art directors ruled the advertising world. Planners had not yet been imported from England, account directors were deemed mostly pawns of our clients, and the concept of teamwork was nothing but a twinkle in the industry's eye.

Now, teamwork is essential. Our clients require it, our industry encourages it and our times demand it.

As director of the VCU Brandcenter, I've had the privilege of seeing our professors challenge our students on this issue time and time again. While we pride ourselves on developing the best creative problem solvers in the world...we've found that doesn't automatically make them the best collaborators.

So one of our professors worked a little creative problem solving magic of his own for his class in the form of a company called Challenge Discovery. They offer, "Team development initiatives through team-centered climbing activities." Climbing activities???

Now, I'm all for experiential learning but how is climbing an activity that's going to result in happy collaboration?

Oh, why not? We decided to give this method a try and at 8AM one fine morning 50 students, one professor, our facilitators and me met on an open field.

There, looming above us was "the contraption". Think American Ninja Warrior on a slightly abbreviated scale. Never, I said to myself, never, no-way-no-how, could you ever, not even with a gun, ever get me up on that thing.

"Never" was suddenly right then and there.

The course was pretty simple and pretty terrifying. Climb 40 feet up a net, get to a wood platform, jump from one 8-inch plank to another spaced 3 or so feet apart, balance on wires, walk on logs - your basic Navy Seal warm up. Again, I think, what does this have to do with building a damn team?

Naturally, I was picked to be the first up. After I successfully navigated the net climbing, there I am, on plank one, realizing...There. Is. No. Going. Back.

Up comes my next teammate. And the next. until all 6 of us are on this narrow piece of suspended wood. Despite my skepticism, this is where I saw the team began to form.

It was not survival of the fittest. Each part of the exercise was designed to make us mesh. On the ground, in a conference room, the weakest link in a team would be shunned or fired. Up here, on the wire, it is no-man-or-woman-left-behind.

When I and a very petite, young woman were facing each other, hands held up forming a bridge, leaning our weight into each other for stability, inching along parallel logs that got wider and wider apart as we traveled down the length of them, all I could think was - I will not fall, I will not fail, I will not, I cannot, let these people down.

It seemed to take us hours -- hours of shouting advice and encouragement. And hours of hugging as if we'd just cheated death. In reality, the entire course took about 50 minutes.

As we all stood together on the final plank, we realized we had one final challenge: to climb back down the net (piece of cake). But no. One by one, we were hooked up to another contraption that attached to our safety harnesses. Then we were told to jump off the plank and the "thing" would stop our fall and safely lower us to the ground. What? This was supposed to be the easy part. Instead, my mental scream of "what the hell was I thinking" blocked out all other sounds.

My turn. I sat on the platform, closed my eyes, prayed to all Gods known and yet to be named, and pushed off into thin air.

I'd never do it again. But I am so grateful for the professor who led by example and I will make sure our students experience this teambuilding exercise every year. They will take the experience with them into the business world and begin to infuse our culture with this all for one, one for all spirit.

In today's collaborative culture, this is the kind of stuff dreams, and successes, are made of.