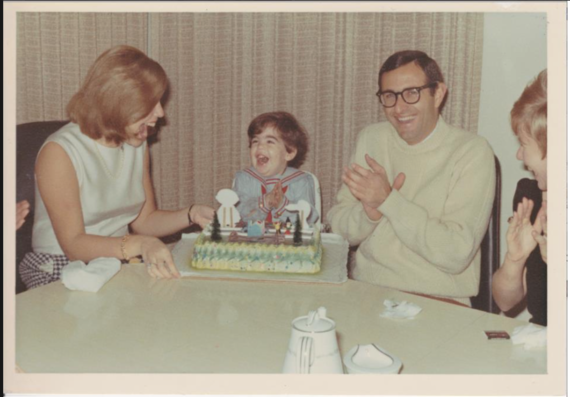 I'll be honest, I've finally reached an age where I've come to accept that I'm not like everybody else. I play ping pong with a two-handed, Tracy Austin backhand. I breakdance with almost no provocation beyond someone saying "hey there's music, you should breakdance." I have never missed an episode of Blue Bloods, and I mean the night of (yes, that Tom Selleck show no living person has ever seen). Oh, and I cry every day. Usually more than once. Okay, always more than once.

This is my 11th blog on the Huffington Post. And as I was reviewing the previous ten (as a stall tactic to avoid writing a new one, duh), I discovered an unexpected common thread -- almost every piece culminates with me in tears. Or begins with me in tears. My son's bar mitzvah. My father's suicide. Getting bullied in elementary school. Getting bullied in middle school. Ruining a dudes' road trip by making eye contact with my son while Cat Stevens' "Father and Son" played on the radio. Ironically, the only piece that doesn't feature me crying -- the one where I got trapped inside my wet suit in a public bathroom -- is the one where I definitely should have cried. Then again, I was probably too scared I was going to die inside a wet suit in a public bathroom.

If you ask my children (and even if you don't), they'll tell you that there is nothing that won't challenge the resolve of my tear ducts. Especially anything that has to do with growing up. The first ten minutes of Up and the last ten minutes of Toy Story 3. "The Circle Game" because it reminds me of my girl and "Blackbird" because it reminds me of my boy. Rudy getting into Notre Dame and Rudy getting into a Notre Dame game. Heck, don't even play me the Rudy orchestral soundtrack because that will remind me of Rudy getting into things.

I cry when Carol Brady loses her voice before singing in church on Christmas and when Cindy asks Santa to give Carol her voice back. And I really cry when Tommy on Eight is Enough discovers the Christmas present his mom left for him before she died. ('70s TV and Christmas seem to be particularly effective triggers.) I cry at weddings and funerals. Bar and Bat mitzvahs. At American Idol auditions. And soldiers surprising their families when returning home from the war. Combine those two (and they have), and I go from mere sniffles to wailing like an Italian widow. My kids will sign sworn affidavits that they've seen me cry during the Twilight movies and Bachelorette rose ceremonies. I don't remember it. But who are you going to trust, two sober-minded teens or their dad, who's weeping from merely recounting the log line of a forty-year-old Eight is Enough episode.

If there's anything kids respond to in elementary school, it's a super-emotional boy. You could have run Old Yeller on a continuous loop in an onion field and I still couldn't have cried more than I did in elementary school. Truth be told, when you are prone to crying jags, you probably shouldn't carry a lunchbox dedicated to Julia, the sitcom nurse. Or when all the other boys are sporting long, Kelly Leak feathered hair, you may not want to arrive on the playground with a buzzcut that sits somewhere between Johnny Unitas and Sgt. Carter from Gomer Pyle on the impossibly-short-for-the-seventies meter. Apparently, the more you want to hide your haircut, the more likely kids are to steal your Encino Little League baseball cap and make you chase them around the yard. That's just for instance, he says while reaching for his baggy filled with Lexapro and smoked almonds.

If you really want to get good at crying, I recommend being a slight, sensitive Jewish boy at an all boys, Episcopalian, recently military school. In that case you get to hear "fag" used as a subject, verb, object and adjective, often in the same sentence.

I should add that none of this was necessarily helped at home. I'd say the closest my parents came to having a catchphrase was "don't be so sensitive." Which in my case was akin to saying "don't be precisely who you are." And I'm not a psychologist, but my guess is if there's one thing that will invariably make you more sensitive, it's your parents asking you to reject your core essence.

Mind you, this was the '70s -- the first era in human history where it was decreed by no less of an authority than Rosey Grier, that it was alright for men and boys to cry. Free to Be You and Me was a progressive milestone with a powerful message. And idols of mine ranging from Alan Alda to Phil Donahue made expressions of male emotion not only okay, but encouraged. And I have no doubt that the lefty sensitive male message resonated strongly in a few homes in Santa Monica or the Upper West Side. Unfortunately, the message didn't necessarily trickle down to the rank and file of the seventies school playground. "But Rosey Grier said it was okay" didn't actually stop kids when they were in the midst of beating you with your own tears. 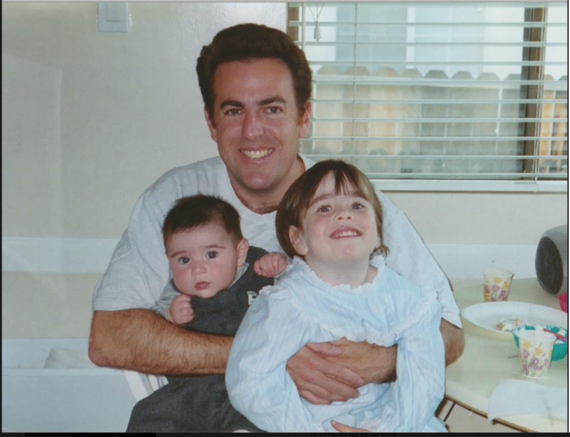 But now, I cry all the time and I could care less who knows it. (Though I hope the bullies from elementary school don't read this. I'm kidding. Am I?) Today, I'm amazed at the healing power of a well-timed cry. I cry at the fragility of life, at the creeping of age. I cry at loss and at the fear of loss to come. It's hard for me to look at my children without seeing them as babies. And visualizing them leaving for college. I cry every time I recite the Mourner's Kaddish, because my father is no longer with us. But I often cry during shul's most joyous songs for exactly the same reason.

To this day, I never know what will floor me or when. Just last week, I teared up a tiny bit when I thought everyone was rooting against me in the work ping pong tournament. In their defense, I was the heavy favorite in the match. Even more in their defense, how do you root for a guy with a two-handed backhand?

Earlier in the month, I was at the Springsteen concert, minding my own business, lamenting that the Sports Arena had run out of hot dogs. He was playing The River in its entirety, an album I've probably heard hundreds of times. Then he started to play "Stolen Car" and either I've never heard it before or I've never actually listened. Because on this day, I started sobbing uncontrollably. Something about the lyrics made me reflect on my life choices. At the very least, I knew I no longer wanted to be a car thief.

For most of my life, my inability to keep tears from flooding out of me was a source of shame, a sign of weakness. But I now am able to wear it as a badge of honor, an act that is distinctly and unmistakably me. It means that I experience a panoply of human emotions. It means that I think and feel deeply. Over time, I've been able to see that crying doesn't merely signify that I am sad or hurt. To cry means that I am alive.