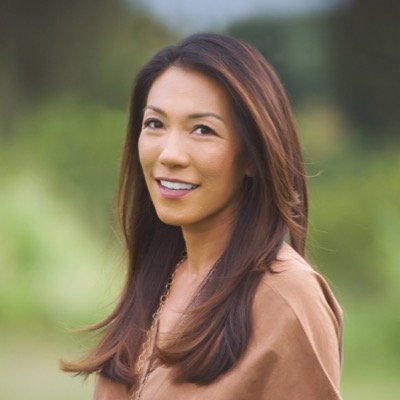 Creating and sending invites just got a little bit more organized and personal thanks to Tech Entrepreneur, Tina Fitch who created the App, Hobnob. Fitch is widely known for founding the travel e-commerce platform, Switchfly and turning it into a 2 billion dollar company. Fitch has managed to materialize another great concept into something tangible and beneficial for everyone. Hobnob is an App that I fell in love with because of how easy and fast it makes the process of event planning and invites. Hobnob changed the traditional invite model by offering beautifully designed, text-based event invites in under 60-seconds. They have pre-designed layouts for you to select from or you can even create your own layout by downloading your own pictures. You are prompted to name your event, give a description, location and time. You can then send the invites via texts messages. Before and after the event you and your group can continue the connection through conversations and picture sharing via Hobnob. Unlike invites through social media platforms, Hobnob is very intimate and simple and that's exactly how Fitch wanted it to be.

"I was inspired to build something beautiful and efficient to create and capture those event gatherings that matter to us with people that we actually care about and those we want to connect with," begins Fitch. "I also wanted to remove the friction of real life gatherings, encouraging personal interactions offline. We see Hobnob as a mobile app that helps you create real life experiences with this circle of people in your life. So, the invitation itself is something that is a catalyst to make it really fast, easy and fun to get people together for any type of occasion. It definitely does help you manage and organize these experiences, but at its core, it's about using that technology and the efficiency it can afford to help enhance real life connections. I found that as I was juggling emails, it became a little antiquated and was sort of burying my inbox. We designed Hobnob to answer these needs and keep everything separate and organized under one service." 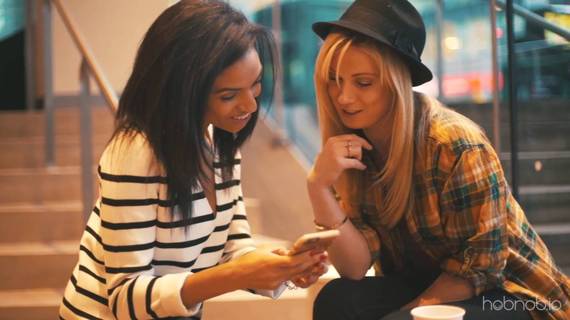 As a journalist, blog owner and communications professional, Hobnob has made things less awkward and less complicated for me. I'm not a graphic designer so I hated being consumed with creating and designing invites. Secondly, in terms of planning events, I am now able to create a personal connection with people I want to communicate with as opposed to having to share my beautiful event experiences with all my facebook, Instagram and twitter followers who at times are random people that I don't really know. I personally get overwhelmed with Facebook invites. The lack of intimacy and rushed mass invitation isn't appealing to me. A lot of times I feel like I'm thrown into a group invite with people I don't want to be in a group with. Sometimes the event creators don't consider the fact that they have created a group invite with varied personalities and professionals who work for competitive companies and media outlets. How do you send a mass invite or media coverage invitation to someone who works for CNN and another person who's at Fox News on one thread? It may seem like it's not a big deal but it's enough for some people to reject your invite? It's even worse on a mass email invite where everyone's email is displayed. Just think about it would you want to be on an invite thread with competitors and people you don't like or people you haven't shared your email with? Finally when I'm working or waiting for important emails, my inbox is getting bombarded with unwanted replies and messages from group invite threads. It's distracting. Hobnob eliminates all of this and filters out forced connections.

"There is such a personal connection that people can have, and it helps you cultivate more meaningful relationships with people that are in your social circles or interest groups. People who you might think it would be awkward to talk to or reach out to after an event. We designed this service to really streamline that communication process between people at an event," said Fitch. The Tech entrepreneur and mother of two shared that she experienced the issues I expressed with invites and also felt that despite all the benefits of social media, it actually isolated people and took away from the personal connection they could have been sharing.

"I didn't see that traditional social media was reflecting our personal lives. In a lot of ways, it's evolved to be a distraction. Sucking up screen time instead of improving our relationships. With all of our technology advancements, it's actually harder than ever to organize people in real life. Especially because nowadays we need to build and nurture that face to face dialogue even more. I wanted to create this technology to enhance that humanity and cultivate that offline structure. I think current social media has a great purpose, but I think we've been trained over the past couple of years to feel like, whether it's a like or a comment or a tag, that that's actually nurturing a relationship. But we all know that real life conversation is what we need to not only advance our relationships, but our humanity and our connection with other people. We actually automated a lot of the reminder system so you don't have to always be looking at your phone. It encourages you to focus on what matters most, which is being there. Streamlining the whole process makes it easy to follow through and to get there and then, enjoy your time together and automate the process of capturing all of those memories back into the service afterwards." said Fitch.