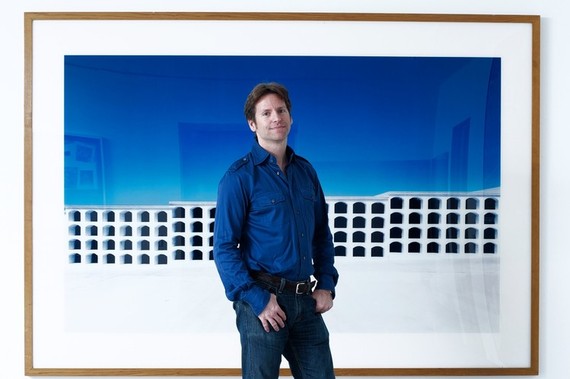 Things happen fast in the tech industry. Over the last few years, Silicon Valley exploded from a relatively niche movement to the paradigm-shifting phenomenon it is today, with companies like Airbnb and Uber growing into global powerhouses. Many in the art world expected the burgeoning wealth in the area would quickly lead to extensive art collecting. While it's taken longer than expected, fine art is expanding into the Valley's culture.

As the intersection of both art and technology grow stronger, many industry leaders are getting involved. Yahoo CEO Marissa Mayer sits on the board at the San Francisco Museum of Modern Art. Laura Arrillaga-Andreessen, wife of powerhouse venture capitalist Marc Andreessen, helped open the first West Coast location for the internationally renowned Pace Gallery -- and two more iconic New York galleries, from Larry Gagosian and John Berggruen, are soon to follow. Art Silicon Valley/San Francisco, put on by Art Miami, is going into year three.

"The tech boom has brought a lot of money in," said former Apple exec Jeff Dauber to Business Insider. "But if you didn't grow up seeing art, spending $10,000 to half a million dollars on one piece can be really intimidating." 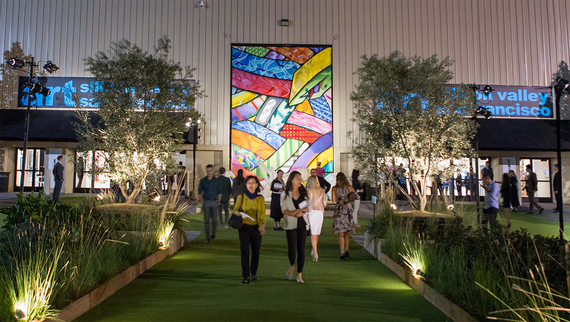 Not everyone is Mark Zuckerberg, of course, but the Silicon Valley art buyer expands beyond the small class of well-known billionaires -- the Bay Area is home to over 200,000 millionaires.

As the Internet industry matures, the people who helped make it happen are having children, buying houses and increasingly trading in their startup swag and quirky gadgets for fine art. But this group of senior managers and mid-level execs -- the mass affluent, if you will -- are not approaching art the same way as their billionaire bosses. Leave it to Silicon Valley to come up with a disruptive solution: the online art gallery.

According to the Hiscox Online Art Trade Report 2016, the value of the online art market has risen from $2.64 billion in 2014 to an estimated $3.27 billion in 2015. This represents 24% year-over-year growth, which is impressive considering that the global art market as a whole fell 7% in 2015. 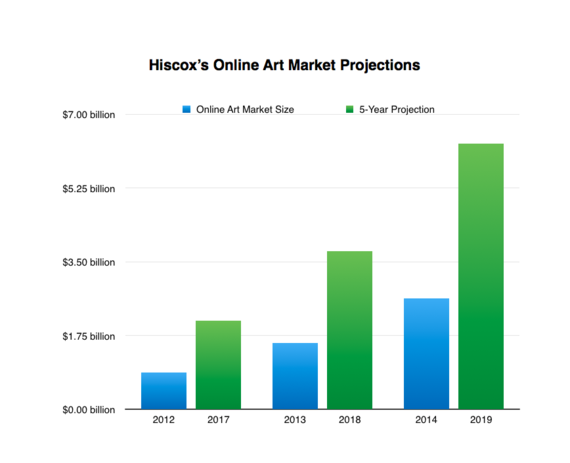 While the high-end auction market is entering a slowdown, the online market continues to gain steam. Mass affluent consumers are increasingly comfortable purchasing luxury items on the web, and many have begun to collect art.

Since I co-founded UGallery, a curated online gallery, back in 2006, our goal has been to democratize the insular art world. We launched featuring five artists and 25 pieces of art. Since, UGallery has experienced double-digit growth annually, and 40% year-over-year revenue increases the last few years. Our average order value now stands at $1,250. Needless to say, these are exciting times.

We created UGallery to flip the industry on its head and make art accessible to everyone. As we've seen, many of our customers simply felt excluded from the traditional gallery scene.

"People are dressed up, wearing ties. Or often you're the only one in there," said Erasmo Leon, a UGallery collector who works at cloud data-giant VMware in Silicon Valley, to the San Jose Mercury. "It's almost like all eyes are on you. They're expecting you to make a purchase, and make a commission."

Many others in the industry feel the same way. A growing number of UGallery clients are coming from tech, including execs at Apple, Oracle, Google and many venture capitalists. 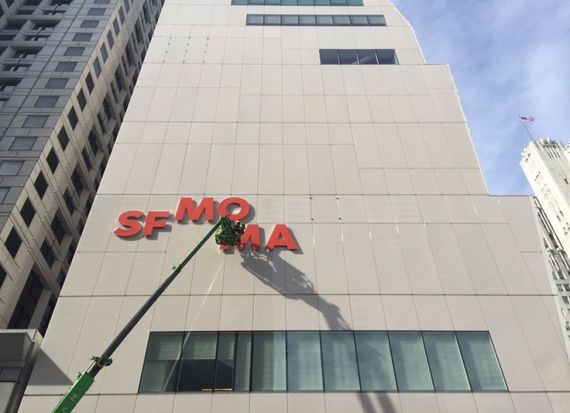 While I don't think the physical gallery will ever disappear, consumers -- even the avid art collectors -- enjoy "gallery hopping" from the comfort of their own home.

"I love to look at art and think about it and see what it's trying to represent," says Suzanne Becker, an art collector and tech consultant who lives in Oakland. "But there is something awfully convenient about sitting on a sofa and flipping through online."