Judy Garland’s slippers were never meant to be ruby-red. The literary Dorothy wore silver ones in L. Frank Baum’s The Wizard of Oz, and they would have stayed that way if 1930s Hollywood producers had not wanted to take advantage of a startling new technique that infused intense, full-spectrum colors into film: Technicolor.

Today, it’s taken for granted that movies should capture the color-scale of the world as we perceive it, and only art-house flicks tend to deviate from that norm. But back in the thirties, even big blockbusters had a tenuous relationship with visual reality. The technology-du-jour changed frequently, and plots were shaped to match those technologies. Directors chose between varied coloring processes, and a flick’s most famous prop -- like Dorothy's slippers -- could easily change pigment if need be.

Though Technicolor did not develop its characteristic color scheme until the '30s, the company was founded by Herbert Kalmus in 1915 -- which marks 2015 as its 100-year anniversary. This summer, the Museum of Modern Art (MoMA) exhibition "Glorious Technicolor" commemorates the occasion with 60 film screenings of the best and most beloved productions from 1922 to 1955.

But what exactly made Technicolor so glorious? Before you head to the retrospective, you might want to know how it earned that title and why it captivated the world. 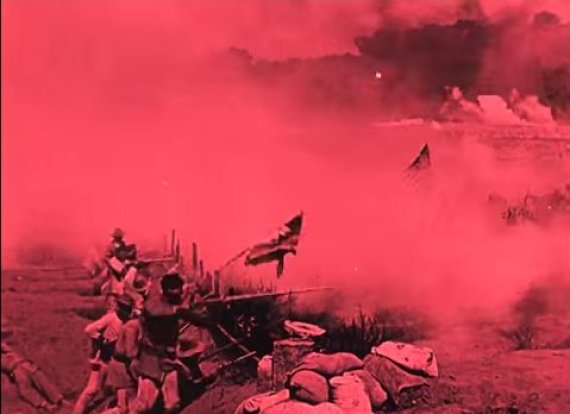 "The Birth of a Nation" awash in not-so-subtle color

In fact, it was always possible to add some kind of color to the clips. By 1900 -- just ten years after the first films -- the French company Pathé had developed an arduous method of hand-coloring each frame directly on the tinsey-tiny roll. Instead of capturing color from the world, they added it in after. (A less laborious version of the technique was used in the 1915 classic “The Birth of a Nation.”) Another strategy was to tint entire scenes, drowning them in blue or red to accentuate a certain emotion or tone. Think Instagram filters in motion.

Then, in 1908, engineers at Kinemacolor figured out how to synchronize two different cameras to capture both red and green images on a single roll of film. Mixing those images in different proportions gave a partial spectrum of hues. But they couldn’t fit a third, blue input on the roll -- so there were a lot of sickly-green skies. Today, we assume that when a new technology appears, everyone switches over without missing a beat, but Kinemacolor was cumbersome and produced mediocre results, so greyscale films actually stayed the norm. At first, Technicolor Corporation only refined that two-color method -- but a series of small improvements managed to slowly infiltrate studios through the twenties. 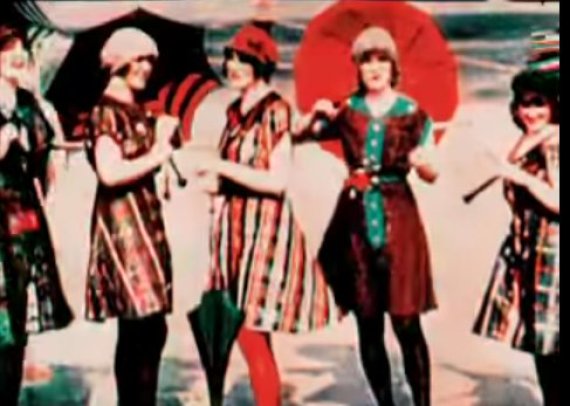 Kinemacolor's "A Visit to the Seaside" featuring stark reds, but washed out seashores

The breakthrough came in 1932 when Technicolor engineers realized they could capture red, green, and blue shots on separate rolls of film -- instead of trying to squeeze them on the same strip.

Equipment for the process was even bulkier and pricier, but the visual results were stunning. Walt Disney took a chance on the new technique that same year with the animated short “Flowers and Trees.” A stupendous commercial success, it took home the Oscar and launched Technicolor to the world.

Film producers were quick to jump on and exploit Technicolor's potential. The technique was particularly well-suited to dreamy worlds, luminous landscapes and musical numbers in need of bright pizzaz. It could come off as garish or gaudy, but that was just fine for the 1952 hit “Singin’ in the Rain.” The makers of 1938's “The Adventures of Robin Hood” chose the method specifically so the intense colors would mimic the palette of Medieval art. Fantastical Disney animations like “Snow White and the Seven Dwarves” continued to be a natural fit for the form; the psychedelic 1940 classic “Fantasia” could never have existed without it. 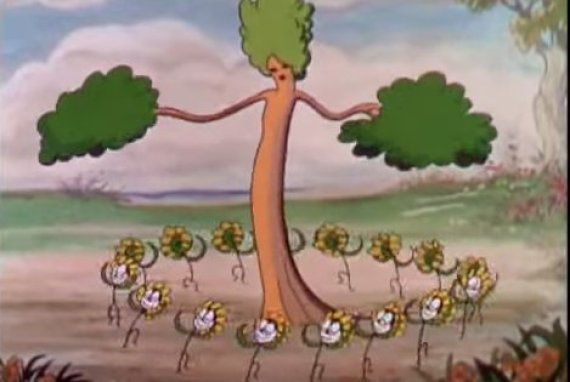 "Flowers and Trees" stunned with its three-roll color scheme

The rising demand for intense color allowed Technicolor to maintain dictatorial control over the Hollywood scene.

Studios were forced to rent cameras for each production, and an emissary from Technicolor monitored the entire filming process. That emissary was often Natalie Kalmus, Herbert’s wife, who epitomized how color technology altered the content in movies. She argued for more demure tones in many of the films she oversaw, secretly changed the costumes in “Gone with the Wind" and was generally known for her meddling personality.

Beyond studio politics, Technicolor presented new pragmatic challenges to actors familiar with traditional filming methods. Intense lighting was necessary to capture the images, which led set temperatures to rise as high as 100 degrees Fahrenheit. Actress Claudette Colbert was so horrified after shooting one Technicolor production that she declined to act in color for twenty years. Esther Williams had to wear special eye-glasses. But audience demand won out, and full-soaked color films became the industry standard. 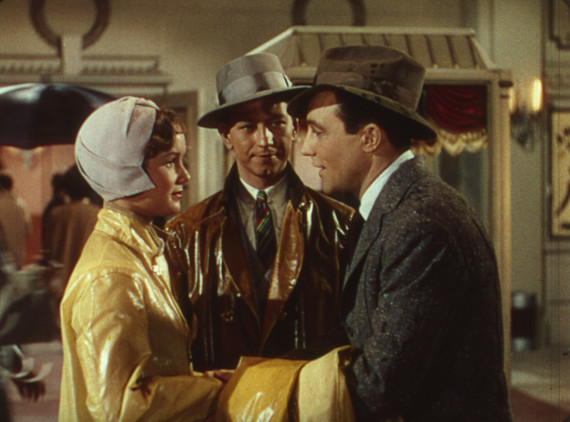 "Singin' In the Rain," Courtesy of MoMA

After two decades of unparalleled control over Hollywood, Technicolor fell from grace in the fifties.

Trust-busting government policies struck out at monopolies, and a new company, Eastman Color, developed an efficient way to fit all three colors on a single strip. By 1955, Technicolor had halted camera production, though their unique printing and dye methods kept them in business for several decades beyond what MoMA will showcase this summer. Both the 1971 “Fiddler on the Roof” and 1972's “The Godfather,” for instance, are dyed in Technicolor -- though they are a far cry from the chromatic eye-candy of the '30s. By then, realistic tones had become both technologically possible and the industry norm.

MoMA’s retrospective on Technicolor returns us, then, not just to a visually saturated world, but also to a world that let saturation call the shots. It was a time when actors would faint in blinding light just to catch the blue of an iris, when a engineering company could, both directly and indirectly, dictate the choices made in art.

Today, that all seems odd or outdated, but when you’re swept up in having left Kansas, you tend to make concessions -- and sometimes those concessions lead to an icon: silver slippers died ruby-red forever. 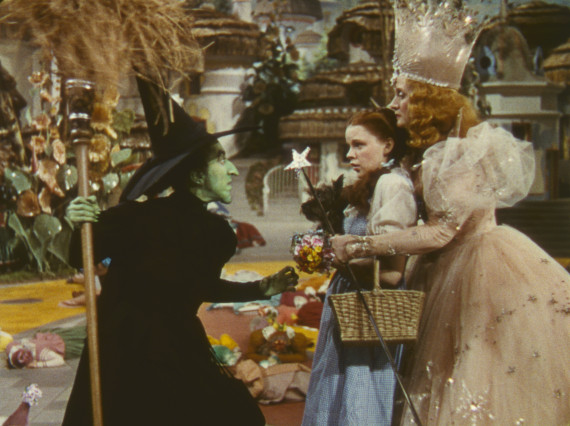 The Wicked Witch, it turns out, was not the only one melting. Courtesy of MoMA