How do you envisage life 200 years from now? Suppose that we manage an effective response to climate change, we don't nuke ourselves and we aren't obliterated by Skynet. Technological progress is likely to be the salient feature of your forecast. It is a constant of human history. And it seems to be accelerating. You might imagine a future that includes companion robots, cures for cancer and holidays on Jupiter's moons. This seems like a future in which everyone will be much better off.

This general view about technological progress has been endorsed by thinkers including Matt Ridley, David Deutsch, K. Eric Drexler and Peter Diamandis. These techno-optimists do acknowledge dangers. But they find reassurance in a dependable habit of technological progress to clean up after itself. The Industrial Revolution gave us climate change. It's a big problem, but the best advice is to keep calm and carry on. The carbon dioxide-eating nanobots will be along shortly. The increasing power of our technologies seems to justify the notion that if we really care about improving human well-being, we should focus on improving our technologies. That's where we are likely to find the biggest payoffs. The risks seem worth taking.

I think that this techno-optimism is mistaken. It significantly exaggerates the power of technological progress to boost well-being. Suppose that it's true that many new technologies bring considerable benefits to the individuals who acquire or experience them. We err in translating improvements in individual well-being into predictions about the long-term effects of technological progress on society. Predictably happier individuals don't necessarily make a predictably happier society.

We know from the current climate crisis that technological progress comes with risks.

Why might this paradoxical-sounding claim be true? An evolved feature of human minds I call hedonic normalization aligns our subjective experiences to our objective circumstances. Humans aren't like desert-dwelling kangaroos whose inflexible psychologies are unlikely to adjust to transportation to the Arctic. Our flexible psychologies permit us to not only survive but to thrive in the Arctic. If you are born into an Arctic environment, you are likely to find it normal. Your normalization to the Arctic provides the backdrop against which you judge change.

Technologies are significant features of human environments. The characters on Star Trek aren't represented as constantly awed by their technologies because they are hedonically normalized to them. Jean-Luc Picard's normalization to the technologies of the 23rd century means that he gets about as much of a thrill out of making tea by speaking the words "Tea, Earl Grey, Hot" to a food replicator as we do from messing with tea bags and kettles. Being constantly awed would prevent people of the 23rd century from getting on with the business of making their lives better. A failure of normalization would, in evolutionary terms, be profoundly maladaptive.

A good prediction about how I would feel if I suddenly gained access to the technologies of Star Trek translates into a bad prediction about how they will affect society as a whole. Here's an analogy. Each individual experiences a considerable increase in age over the course of a lifetime. We, as individuals, age at a rate of one year per year. But this rate of increase in age does not apply to the populations of which we are members. The average age of some populations does increase, but not at a rate of one year per year. Death and birth hit the reset button on aging -- older people tend to die and get replaced by the very young.

In an analogous way, hedonic normalization is a reset button on technological improvements of subjective well-being. Technologies that significantly enhance the well-being of the individuals belonging to the generation that invents them become just normal for the next generation.

When we overvalue technological progress, we are likely to judge risks as worth taking.

Overlooking hedonic normalization leads us to exaggerate the joyfulness of the future and to overstate the joylessness of the past. Ridley goes into lurid detail about the horribleness of life in the year 1800. He presents life back then as combining bronchitic coughs, smallpox, untreated toothache and food that we would find inedible. Ridley's point is that we should be grateful for the progress that separates us from 1800.

Clearly, it would be very bad for someone normalized to the early 21st century to be sent on a one-way time travel trip back to 1800. But the truth of this claim tells us little about the experience of people normalized to those times. A time traveller from the year 2525 is likely to be disgusted by the germ-infested filth we called food and to be horrified by the diseases that ail us. Her negative judgments about life in the early 21st century fail to take account of the hedonic normalization that separates our judgments about how good or bad life is from hers.

There is more at stake here than some disappointment when technological advances don't quite live up to inflated expectations. We know from the current climate crisis that technological progress comes with risks. When we overvalue technological progress, we are likely to judge those risks to be worth taking. Technological progress does bring considerable benefits. But those benefits are enjoyed primarily by the members of the generation that first acquire new technologies. Later generations get these benefits to a lesser degree but are expected to tidy up the messes. It's wrong to just assume that they will be able to invent their ways out of any problems we pass on to them.

PHOTO GALLERY
Outdated Technology (From The Last 20 Years)
Download
Calling all HuffPost superfans!
Sign up for membership to become a founding member and help shape HuffPost's next chapter
Join HuffPost 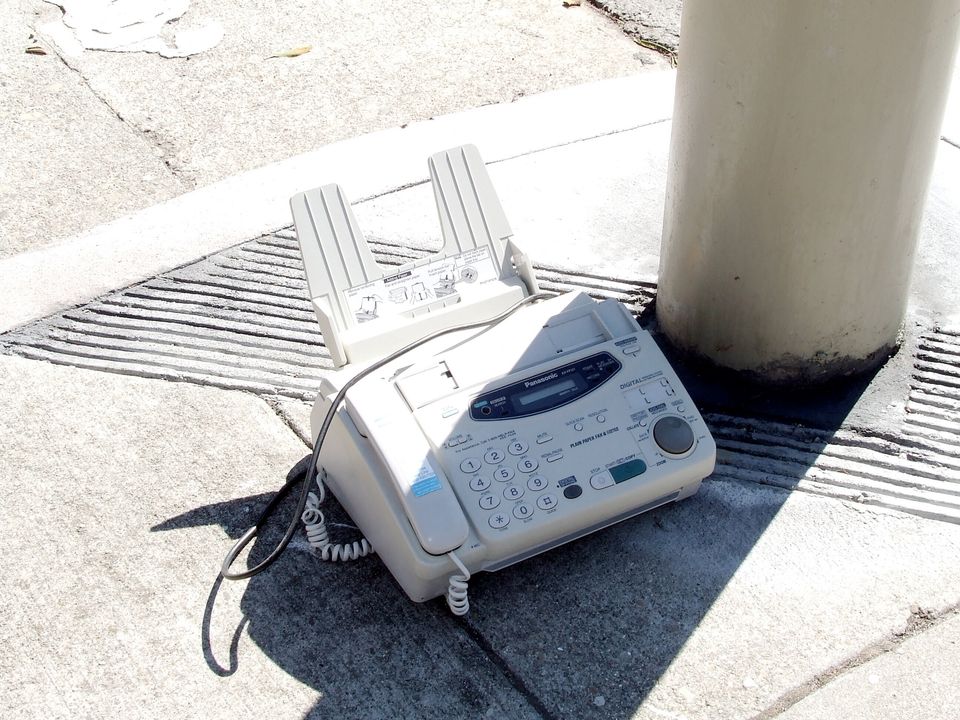 1 / 14
Fax Machine
Back before every printer had a scanner, smartphones had scanner apps, and email was ubiquitous, faxes were a popular form of business communication. These days you can still find a fax machine if you really need to, but the reasons why you would need to are increasingly few. Interestingly, fax machines are still commonly used in Japan. <strong>Replaced by</strong>: Scanners and email
aliceinreality/Flickr