Comparing the growth of the global Internet with the evolution of a child's brain is the perfect analogy to discuss the relationship between human consciousness and technology. Thanks to filmmaker and Webby Awards founder Tiffany Shlain's new TED Book and short film Brain Power: From Neurons to Networks, the conversation now has a simple context to spread around the world. The importance of creating positive emotional and neural connections for children, the role of technology in shaping our consciousness and the invitation to collaborate on creating a better future all rolled into one neat little concept! How is the global brain being shaped every day? Where is the prefrontal cortex of that brain and how can we awaken the global heart through it? The next few articles will explore these ideas and I can't wait to let the words roll off my fingertips... 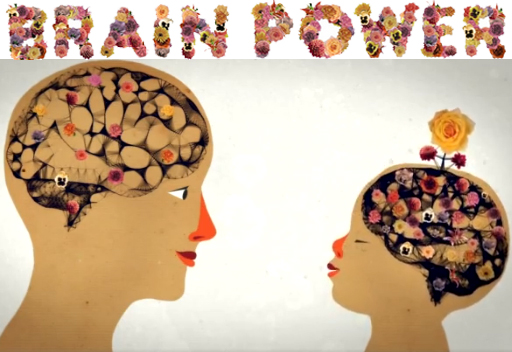 But first, proper credit is due to Tiffany (Follow on Twitter) for her pioneering work in this field that also includes the film Connected, which was selected by the U.S. State Department and USC for the 2012 American Filmmaker Showcase, along with a companion home discussion kit. Daughter of Dr. Leonard Shlain, the author of Art & Physics, Alphabet vs. The Goddess and Sex, Time, and Power, Tiffany comes from a lineage dedicated to making the best use of art, science, technology and human potential. So, in many ways I would say that she is the proof in the pudding concerning the work she is doing and its value to society as a whole.

Tiffany states in her TED Book,"The Internet, the most advanced technological system in the world, is the best framework for understanding the human brain, the most advanced biological system in the world." Continuing with inspired notions like "Technology is an extension of us -- an extension of our minds -- and the more we know about the different parts of the brain, the more we're able to develop our technologies to alter how we interact with the world around us." You'll have to watch the video below and read the book to learn more, but with statements this loaded, there are a million directions to take the conversation.

Weaving indigenous wisdom together with modern technology using the metaphor of the Eagle and Condor, let's explore the applied conscious use of the Internet towards healing our wounded planet. If we are so connected through technology, maybe we can address the disconnections between people that allow for things like war, environmental destruction and the exploitation of human and natural resources to occur. There are many organizations and scientists thinking along these lines everywhere. It's 2012, and we are all wondering where we are headed as a species. Some people think destruction, some think global transformation, some say nothing will happen, and many say it can be whatever we create it to be. "What we create it to be" is perhaps the most exciting possibility of all -- so let's explore that idea for a moment.

The prefrontal cortex is the part of the human brain involved with "executive functions" and has been implicated in planning complex cognitive behavior, personality expression, decision making and moderating social behavior. Beyond the actual architecture of servers and computer geeks writing code, the user-end of the Internet is filled with an endless amount of connected but separate content in the form of websites. If the Internet is a solid metaphor for our brains, then who and where are the prefrontal lobes within this? Which part would stimulate the global immune system response? Which part would be active during mindful meditation? No need to get too literal, let's play with the metaphor, post your ideas below!

We are seeing crowdsourcing for funds, crowdsourcing for ideas, and we have even seen a crowdsourced constitution in Iceland through the Internet. We are beginning to see the power of self-organized, emergent culture and open collaborations on the web. There are many wonderful organizations with a common goal of addressing global issues, but they are not leveraging the ability to connect with each other to its highest potential. An organizing portal for these groups could act as a metaphorical executive function or prefrontal cortex of the global brain. Perhaps the Internet is a mirror of the collective conscious -- and that collective is on the verge of waking up.

A bunch of computers waking up is actually quite a silly notion. However, the idea of individuals' waking up to our shared humanity as a species, globally unified with a goal to create a better future for all, might finally be within reach. Considering the problems we face on our planet, we might not have the luxury to keep this idea within the confines of fantasy or our imaginations much longer. What if we employ the most advanced technological system in the world to ignite the most advanced biological system in the world to action? There is no better time than right now, 2012, to liberate ourselves from our own self destructive path and get on with the show!

That's what a group of artists, activists, geeks, businesses and friends are doing right now and they want you to help them make it happen. Unify.org is a portal for change-makers, a network designed to self initiate, self replicate, and self organize to help birth an emergent culture of planetary healing, a metaphorical global immune system.

The next article in this series will focus on Unify.org and the dream of organizing individuals in over 800 cities, coordinated with events at ancient sites around the world to pause for a globally synchronized moment on December 21 to change the course of history. Before we go I'd like to tip my hat to Tiffany Shlain, The Moxie Institute and their Let It Ripple Project for the video below, as well as their other highly impactful and customizeable mobile media aimed at creating a better world. Let's use our global brain to ignite our global heart, there is no Plan(et) B...