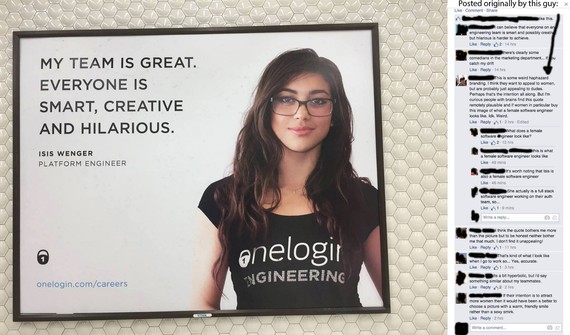 Wenger's campaign brought to light a multitude of diverse faces proudly proclaiming "I look like an engineer, because I am one." A natural-haired woman dancing in her kitchen. An Indonesian woman in a floral burqa. A Latino man who "is not in your office to unclog the toilet, deliver tacos, or take out the trash." A seven-year-old, through missing teeth, proclaiming her love of math and science. 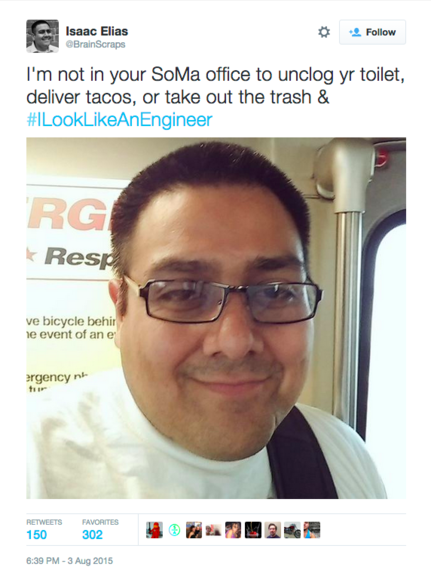 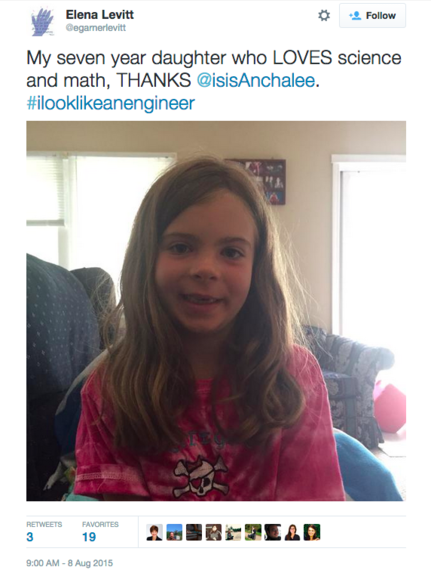 Photo Credit: Elena Levitt
Perception is reality, as they say, and when presented with the faces of engineers who were not white and male, critics of Wenger's ad said: "She's too pretty to work in tech" or "She's clearly part of a staged non-misogynistic branding effort."

And there's the problem: while many companies profess to want a diverse workforce, the hiring managers who make decisions about who gets the interview, who gets hired and promoted are so conditioned by the lack of diversity in their own industry -- that their very idea of who is an engineer is limited to white men.

Women and people of color who are engineers do not fit the pattern of what looks like success in their own industry, so they don't seem "real" to the majority. This pervasive unconscious and implicit bias is embedded in our gut -- the gut we rely on to hire or dismiss candidates who are not a "culture fit."

Disrupting bias as it is happening across an organization is the only way to systematically, thoroughly and with real results transform workplaces so that everyone -- women, people of color and men -- can be judged on their talent first.

While working at eBay, I didn't address issues of cybersecurity one hacker at a time. I established an anti-phishing system to prevent the problem from occurring altogether. Changing the perception of one hiring manager at a time is no way to transform a workforce, and yet the current industry-wide approach to addressing bias is talking about bias to each other as if awareness is the same as action.

Billions of dollars have been spent on trainings to educate us about our "unconscious bias." Those trainings return as low as a one percent year-to-year increase in the number of women and people of color hired in the biggest tech companies in the world. It's time for the industry to leverage technology to change the reality of their workplaces.

I am an engineer and I couldn't be prouder to pioneer Unitive -- one of dozens of new technologies and platforms aimed at what I call the Full Talent Activation sector. It's time for the tech sector to change its own reality and invest in technologies focused on action, not the perception of change.