A few weeks ago, I watched a young woman bravely stand on stage and announce to a room full of corporate technology executives, human trafficking experts, and global philanthropists, "My name is Samantha. I am a human trafficking survivor." She shared how afraid she had been to pick up the phone and call for help. When she found the courage to call the National Human Trafficking Resource Center hotline, the people on the other end of the line listened and helped her find the assistance she needed to find freedom and rebuild her life.

"From my first call, I am now in the process of healing after I suffered a horrific situation," she told the room. Her ability to stand on that stage was a testament to how far she had come toward reclaiming her independence after years of suffering at the hands of a trafficker.

Human trafficking and slavery is in all of our backyards. It exists in nearly every country on earth and is a $32 billion dollar industry that enslaves over 20 million people. Women are trapped in luxury homes working as unpaid maids. Men are enslaved on fishing boats. Girls are forced to provide commercial sex by coercive pimps. 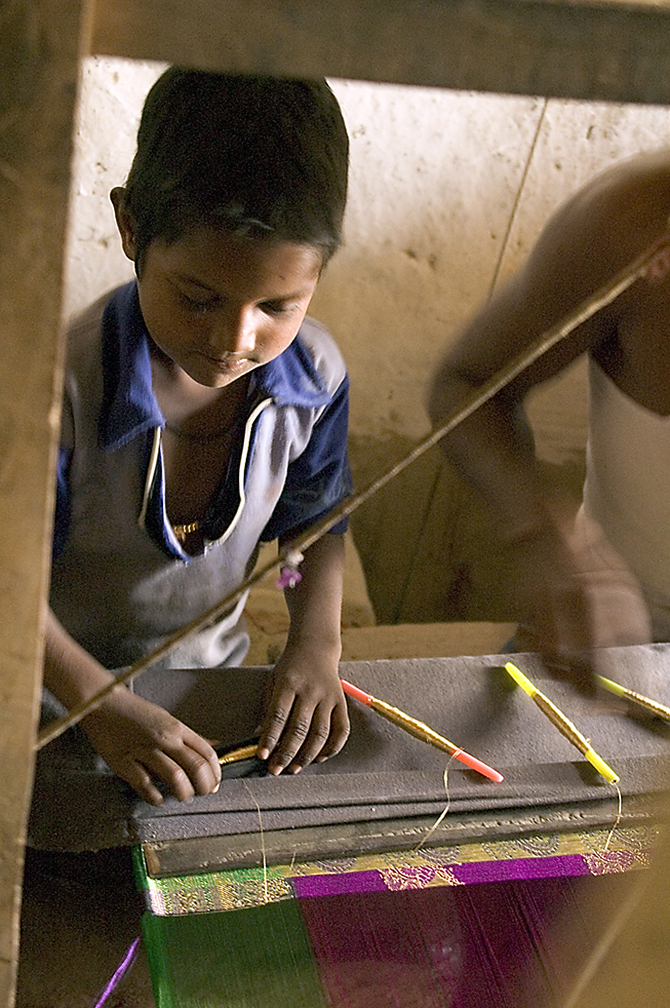 Children like this 6-year-old boy toil long hours at carpet and sari looms even though child labor is illegal in India. They are prized for being able to tie small, tight knots and handle intricate patterns with their agile, tiny fingers. They come cheap -- some rice or a few cents as pay, a beating if they get out of line. Near Varanarsi, India.
CREDIT: Photo by KAY CHERNUSH|© ArtWorks for Freedom

The people perpetuating these horrendous acts are frequently very savvy criminals. More and more often, they are using technology to facilitate their crimes -- from preying on potential victims to identifying new markets to evading capture.

But technology can also be a powerful force to stop traffickers and help victims of this abuse find help. The ability to text, email or call a hotline and be connected to assistance and information is one step, but there is more we can do.

Those of us that fight human trafficking need to be smarter and more sophisticated than the other side. There are dozens of hotlines around the world that are working in isolation to connect survivors to resources. By working together and sharing data and information, we can use technology to uncover strategic insights about how and where trafficking is occurring, offer even better resources to vulnerable communities, and ultimately, reach more survivors. Trafficking moves fluidly across borders and in and out of towns around the world. We need to do the same. 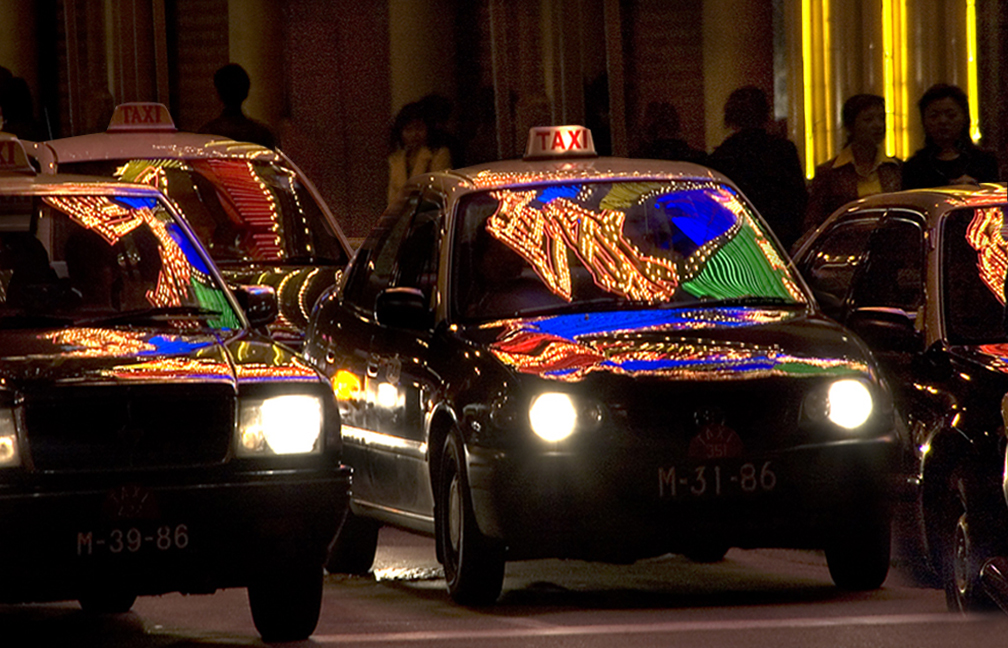 The State Department estimates that 600,000 to 800,000 individuals are trafficked across international borders every year. And this doesn't take into account the millions more who are enslaved within national borders, trafficked from countryside to cities. Macau, China.
CREDIT: Photo by KAY CHERNUSH|© ArtWorks for Freedom

Did you know that Wednesdays are the day of the week when our hotline receives the most calls from women trapped in sex trafficking situations? How about that people being held captive in door-to-door sales crews work in the north in the summer and south in the winter?

With more sharing and research, we can put the data to work against these crimes. We can learn so much more about where trafficking is happening globally, how it is moving across borders and where people are becoming trapped in the system.

We recently joined with Liberty Asia and La Strada International to build a new alliance of anti-trafficking hotlines across the U.S., Europe and Asia that makes the fight against human trafficking a more collective and data-driven effort. By sharing information on a more global scale, we can all activate faster, more coordinated and more effective responses.

With a Global Impact Award from Google and engineering support from Google Ideas and Palantir Technologies, we'll work to share best practices amongst experts and craft new anti-trafficking strategies that are rooted in common patterns and focus on eradication, prevention and protection.

Samantha's own words tell us how transformative hotlines can be: "When I was in the dark situation, they gave me hope. When I was so hopeless, they helped me to stand and speak up for the truth, and gave me comfort that things will get better. Through the hotline, I discovered that there are so many people around who are willing to reach me with their arms open."

When we put technology to work, we can reach and protect more survivors like Samantha and increase the amount of actionable data needed to stop traffickers from preying on vulnerable people once and for all.

Bradley Myles is the CEO of Polaris, a leading anti-human trafficking organization based in Washington, D.C.